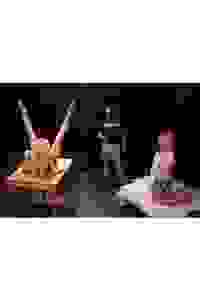 A devised theater piece inspired by true events, "Exposed" tells the story of Lauren, a college freshman who chooses to do adult films to pay for her tuition.  More…

When Lauren's secret is discovered she is bombarded with harassment from fellow students, social media and talk show hosts. She defends all of these criticisms with grace and intelligence, but are the consequences worth it?

See it if You want to see one of the best shows I’ve ever seen dealing with porn/sexuality. Funny and honest. Well written/acted/directed/staged.

Also I LOVED this show. The acting was fantastic. Well written and directed. So nice to see a story where a woman is not portrayed as a victim or a villain because she chooses to be a sexual person.... Read more Read less

Don't see it if You don’t want to be tittilated and challenged at the same time. Thrills, greed, naivete, friendship, betrayal & disillusionment.

Don't see it if simulated sex acts, even when framed, endistanced & mostly clothed, makes you uncomfortable.

Also I found "Exposed" smart & sexy. The writing is mostly sharp. The simulated sex acts manage to be both graphic & endistanced enough from the real thing that we can use our critical faculties to judge them. But the writing also seems a little at war with itself. Sometimes the choice of a porn career by a young woman seems an act of liberation, sometimes an act of desperation. Maybe both are true. And having both arguments made keeps things interesting to the end. The cast is equal to all the physical & psychological gyrations the script presents.... Read more Read less

See it if Acting great.Sarah Raimondi an edge above. Tough topic to handle so well. Nice intimate space. Hope it ends up elsewhere. Thought provoking

See it if you want a real to life story and characters brilliantly played by young actors, two playing multiple parts with finesse - lots of potential

Don't see it if you are bothered by honest portrayals of sex and the pornography business and the consequences for young participants. Small production.

See it if you are impressed with ensemble performances where a few actors move smoothly between multiple characters. This is beautifully done.

See it if You like small plays that show lots of effort.on the parts of the actors who play multiple roles.

Don't see it if If you don’t like stories that have to do with sex and have brief nudity.

Don't see it if you want to learn something new. Although well done and entertaining this play has no surprises, ends as expected.

Also Kaytlin Bailey's "Cuntagious" and Dipti Mehta’s "Honour: Confessions of a Mumbai Courtesan" do a much more serious job with the same subject, "Exposed" is still worth seeing.

We see here teenagers, allegedly very intelligent teenagers, making decisions with the emotional maturity of 10-14 years-olds. But it is true that many people - emotionally and intellectually - live in this state. This the story of emotional children living in a world where decisions have adult consequences.

See it if women's sexuality

Don't see it if graphic language

See it if you want to see a true story brought to life by three talented actors. The play moves right along, holding the audience's interest.

Don't see it if you're uncomfortable with frank discussions (and enactments) of sexual activities.

Also I was particularly impressed with the "choreography" of the sexual scenes.... Read more Read less

Don't see it if Pornography is a touchy topic, and this is a ​multidimensional portrayal of someone involved in the industry.

See it if You want to see courageous, timely work by an ensemble exploring the price of one woman's sexual independence & ownership of her body.

A hard, clear look at the simultaneous objectification, adoration, rejection & betrayal women experience sexually—not to mention the cost of education in the US, the play manages to be both searing & funny, the inventive sexual choreography comical & brutal.

But—Sarah Raimondi gives a subtle, brave & incredibly textured performance, a sleight of hand bit of magic so in the moment that one doesn't realize the full experiential arc she's run—from randy teenager to naïve, financially oppressed co-ed to disillusioned adult—until one hears her voice replayed at the end.
It's an impressive turn; go.

Don't see it if You expect some insight

Also I know I'm in the minority and I'll explain why. The choice to use affectations (e.g. fingernail chewing and playing with hair constantly) to show they are teenagers is lazy direction and unnecessary. Also, to have the central character end each and every line by laughing annoys me to no end. This seems to be echoed by some audience members. It makes me cringe. Over and over. The small amount of nudity is not essential and does not contribute. (I am a fan of nudity). The play extols the fact that she is pretty, but downgrading other adult actresses as ugly is demeaning to the whole profession, as is extolling the virtues of handsome male porn actors is also stereotyping. The storyline paints the central character as a courageous heroine prevailing against all odds, friends and family to the simple ending. There is a good story here, but I think this production made many bad choices that spoiled my experience. As a coda, the show ran 70 minutes.... Read more Read less

Don't see it if You don't want to see simulated sex acts or aren't interested in the story. But it's quite well written and engaging.

Also There were only 3 actors on stage, but they made you feel as if there was an entire troupe. Just the very act of changing an eyeglass, an actor became someone else, or taking off a sweater. The cast was amazing. The subject was uncomfortable to some in the audience, but the words needed to be said. The message I got from this production of "Exposed" is that everyone has secrets and when you harbour those secrets they tend to take roots, and grow and eventually become exposed. Great cast...everyone of them.... Read more Read less

See it if you want to experience theatre that pushes the envelope, foregoing commercialism for frank storytelling.

Don't see it if you dislike nudity, course subject matter or small, intimate productions without bells and whistles

Also Sometimes theatre can be uncomfortable, and that's OK. Not everything in life is happy and rainbows. And the best, most impactful acting often occurs when the story is dark. Jacob Sebastian Phillips, Pauline Sherrow & Sarah Raimondi captured lightning in a bottle with EXPOSED. The most amazing feature of this production is the natural and believable dialogue, banter between friends. Written by the three actors, the script was crafted in their own voices, and that is a beautiful thing. Jacob was brilliant, crafting several (sometimes hilarious) characters. Truly someone to keep and eye on. Sarah Raimondi as Lauren was magnificent.
The story, Lauren turns to doing porn to pay for her college tuition. The aftermath of being exposed as a student/pornstar, the effects on her, her family and her life are examined. There are many simulated sex scenes often taking a real time view of a two camera shoot. Well choreographed! Far outside normal comfort range and powerful due to that.
... Read more Read less

See it if You are interested in sexuality, novel ways of storytelling, and thinking about female empowerment as it relates to sex.

Don't see it if You are offended by frank discussions about sex and pornography. You want to see traditional theater.

The “choreography” was terrific.

There’s obviously a lot of blunt discussion of sex and it’s very well-written and thoughtful.

The director introduced the piece and explained how long the company has been working on it - this is clearly a labor of love.

The lead actor, Sarah Raimondi, was particularly remarkable. I highly recommend it.

Don't see it if You want supporting characters to have time to develop. You want a strong plot arc or a clear take home. You mind raunchiness.

Also Porn is clearly an important subject matter theater should be tackling given its undisputable popularity but it’s beyond polite discussion character. This play deserves credit for exploring it, but I think this play is a way to busy to really hit home. It wants to take a nuanced view of the industry but that confuses the arc. Ithis is particularly confused by the bringing in of social media and peer stigma. Either themes are worth exploring as is female sexuality and the view of it and the blurring of me too lines in the genre, but it’s to much for these writers to balance. The most clear character shift is exhibited by a changing of clothes going from brazen to shy, but why and what it’s in response to is not clear. Play is very raunchy with simulated sex acts which are weird to see pantomimed without touching.... Read more Read less

See it if You would like to see a play about a small town girl goes to college, and pays tuition through acting in online adult entertainment site

Also What a refreshing play that explores women sexuality and does it in such a way that does not bother the viewer. The theater is extremely small but the play is so grand that you forget the venue. The actors are equally talented and act multiple roles by switching in a blink of an eye. The subject is controversial but does show you multiple layers from different perspectives. Great job all around.... Read more Read less

See it if you want a well acted, well written portrayal of a familiar story; an excellent look into the mind of the real life woman who made this cho 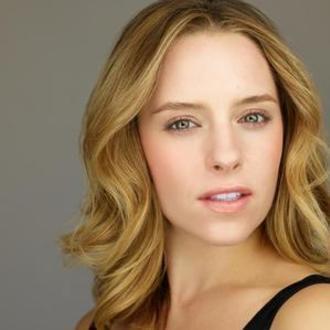 Sarah Raimondi
Playwright
Get Alerts Alerts On Alerts Off 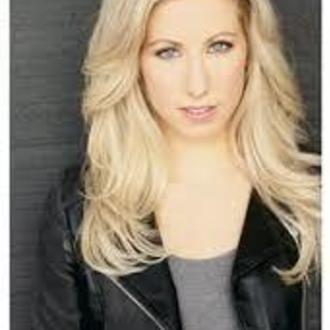 Pauline Sherrow
Playwright
Get Alerts Alerts On Alerts Off 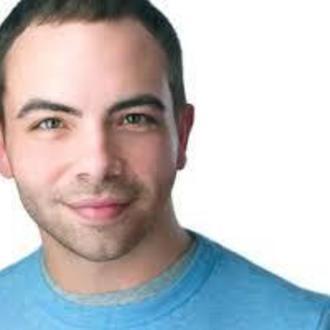 Jacob Sebastian Phillips
Playwright
Get Alerts Alerts On Alerts Off 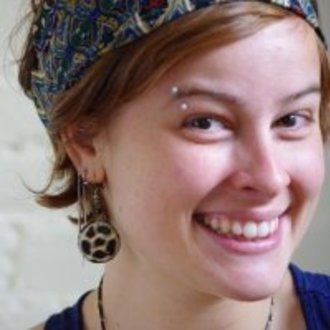 Kristin J. Heckler
Director
Get Alerts Alerts On Alerts Off

Sarah Raimondi
Lauren/Ariel Cox
Get Alerts Alerts On Alerts Off