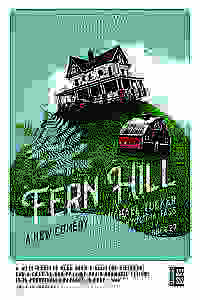 Three couples' long-standing companionship is put to the test when a marital betrayal is discovered in this new comedy by Mike Tucker.

Three couples in their golden years, thick as thieves, are gathered at Sunny and Jer's farmhouse to celebrate milestone birthdays that span three decades. The foundation of their long friendship is honesty and support – as well as a commitment to the enjoyment of food, wine and laughter. They're so close that Sunny suggests that they all move in together—to live and work and assist one another as they grow older.

Their companionship is put to the test, however, when a marital betrayal is discovered. The bonds of loyalty and truth are explored in this mature comedy.

69
Too long, should have been shortened and no intermission, Nice set,, Disappointing

See it if There are many accomplished actors in this cast. However, I didn't feel that they were able to do their best work here...

Don't see it if ...The play tried to be profound, wasn't because characters didn't seem that realistic. the situation seemed very contrived. Read more

See it if you enjoy great acting especially by Baker and Glover; interesting theme about how to deal with aging; what would we do without friends?

Don't see it if you don't care for stories about getting old; good topic but not fully developed; better as a sitcom; can be draggy in parts.

See it if You want to see a really funny play with a great cast and an adult story. Skillfully written and directed. Has A BIG CHILL quality to it.

Don't see it if If you’re looking for a musical.

See it if story of 3 60+ year-old couples contemplating issues of aging, thinking about caring for each other in a 'commune'; see it for John Glover

See it if You want to see six talented older actor get a chance to show their stuff. Lots of funny bits. Baker soars. Timely topic- aging. Enjoyed it

Don't see it if you expect some great revelations re: relationships. Honestly, the conflict and resolution didn't make sense to me. But the banter was fun.

See it if You appreciate good acting about relevant subjects about growing old , community and the choices we make

Don't see it if I wanted to like this more than I did. The lack of chemistry was a distraction and it felt forced and thin in content

See it if you enjoy ensemble plays with an all around excellent cast; you want to leave the theater feeling glad that you saw this production

Don't see it if you prefer plays that explore marriage in depth;

See it if you want to see six veteran actors on stage. It is a treat to see them perform.

Don't see it if you want a play that will engage you. Not much happens until the last part of act two, then the play abruptly ends without resolution.

"An ensemble of acting veterans, including Jill Eikenberry and Mark Linn-Baker, appears in the new dramedy written by 'L.A. Law' actor Michael Tucker, about six friends who mull over the idea of living together in their old age."
Read more

"The pleasures of 'Fern Hill' are largely incidental…an amiable, intermittently amusing conversation piece about marriage, friendship, aging, and adultery; despite its tendency to touch lightly on serious matters, it's the kind of entertainment that wouldn't say "boo" to a goose, so determined is it to leave the audience feeling warm and fuzzy."
Read more

"Three aging couples, all longtime friends, consider the possibility of communal living, in Michael Tucker's wobbly comic drama. An excellent cast does its best to liven things up, but to little avail."
Read more

"The sextet's camaraderie and comfort with each other are so palpable that it makes perfect sense that they're all considering living communally at 'Fern Hill' - all except the rather obstinate Jer, who seems more than reluctant to give up his privacy."
Read more

"...all mainstays of the New York stage-being playful together. Together, they make interesting stuff out of the material they've been given, and they are all highly watchable. But would the play seem more fulfilling and important if there were more fully developed personal and interpersonal conflicts?"
Read more

"Michael Tucker's dramedy adds up to a pleasant two hours, thanks to excellent actors and helpful staging by director Nadia Tass."
Read more

"The playwright seems to want to cover an extensive range of topics without focusing on one primary theme...The playwright effortlessly introduces themes; however, he does not allow many of these themes to develop to the point of exposing the important underbelly of rich and enduring questions."
Read more

"Superficially titillating but nonetheless enjoyable concoction…Its two hours go down easily, its production quality never falters, and, if you're of a certain age, you may even give some thought to where you stand (if you still can) on the issues it addresses."
Read more

“These two couples are exceptional in their portraits, but unfortunately, they are not the core ingredients. They are simply the side dishes at this friendly communal dinner party. The main course is where the disconnection and flavor separation is occurring...”
Read more

"Six seasoned actors are playing six seasoned characters in Michael Tucker's grievously under-seasoned play 'Fern Hill.' ...Would that we would experience more than the one slightly unsettling revelation and more than a few predictable resolutions."
Read more