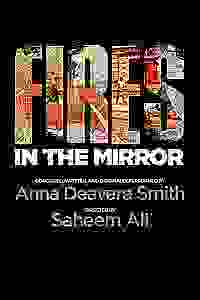 View in admin
Fires in the Mirror
NYC: Midtown W
85
Score it Scored!

Fires in the Mirror NYC Reviews and Tickets

There are three sides to every story: yours, mine and the truth. Following the deaths of a Black American boy and a young Orthodox Jewish scholar in the summer of 1991, underlying racial tensions in the nestled community of Crown Heights, Brooklyn erupted into civil outbreak. Fires in the Mirror was Anna Deavere Smith’s groundbreaking response. Birthed from a series of interviews with over fifty members of the Jewish and Black communities, the Drama Desk award-winning work translated their voices verbatim, and in the process revolutionized the genre of documentary theatre. As much provocation as it is exploration, this landmark play launches Anna Deavere Smith’s Residency 1 at Signature.

Signature is excited to work with Anna Deavere Smith to reimagine this play for new performers and collaborators.

Don't see it if you need action. Solo show w/lots of talk. Is two hours, but goes by fast. Well worth seeing if you like challenging content. Intelligent.

See it if You love Smith’s compelling, genius storytelling style and would like to learn more about the Crown Heights riots.

Don't see it if You find that performing interview excerpts verbatim is less interesting than reading full interviews about the subject.

See it if you like to see amazing acting--1 actor playing numerous roles.Terrific staging.Problem is that the play doesn't have enough story or heart

Don't see it if you are expecting 1 of Deavere's incredible shows.This should've drawn me in more than it did.Felt too clinical.A few stories were touching

See it if Michael Benjamin Washington gives an extraordinary performance as several characters involved in the 1991 Crown Heights killings/riots.

Don't see it if If you don't like one-person shows. This is more of an exploration than a play. If you like your shows linear, this might not be for you.

See it if solo show about an historical event based on Anna Deavere Smith's interviews with members of the community; issues of indentity & divisions

See it if you are tired of polarized views and want thoughtful, intelligent even handed insight into a tragic event.

Don't see it if you don't like one man shows and prefer traditional story lines.

See it if You enjoy docu-dramas with lines taken word for word from witnesses. Michael B. Washington does wonders with Anna Deveare Smith script

See it if well acted and the play holds up without Anna starring in it. topic is still relevant and was good to see it again after all this time

Don't see it if need a straight through linear narrative with dialogue. style may not be for everyone.

CRITIC’S PICK "Reflections That Sear in a Reborn ‘Fires in the Mirror’: The Signature Theater revival of Anna Deavere Smith’s drama about the Crown Heights race riots confirms this play’s status as an enduring work of art."
Read more

"[Washington] is an accomplished mimic…but he digs deeper, finding something of each person's essence, in a coolly appraising look, a conspiratorial smile, or a fierce burst of anger. His is not a showy, distracting display of technique, but a diligent excavation of souls."
Read more

"As evident by the Signature Theatre's current production starring Michael Benjamin Washington, the play offers an ominously accurate reflection of the troubled times in which we now live."
Read more

"While the production is well executed… it presents dialogue as an end in itself and offers no connection between the real disparities affecting the neighborhood's Black and Jewish residents…Still, it is both evocative and compelling, thanks in large part to Michael Benjamin Washington."
Read more

"The piece is well produced, delivering the detailed goods with grace and determination, but not much emotionality. Washington doesn't hold the stage with the transformative weight of Smith, but that's a tall order, as she is at the heart of this emotional undertaking."
Read more