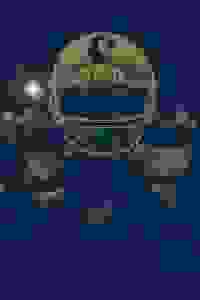 First Down NYC Reviews and Tickets

A reflective play presented by Noor Theatre about an NFL star struggling to publicize his identity.

Noor Theatre supports, develops, and produces the work of theatre artists of Middle Eastern and North African/South West Asian and North African (MENA/SWANA) descent. In First Down, Montana native George Berri, a national sports sensation, is about to create a perfect storm of personal, professional, and political conflict as he grapples the decision to reveal who he really is at the Super Bowl. He wants to tell the world he's an Arab-Muslim by praying during the national anthem. The costs of his choice may be more than he bargained for. First Down is the first in a triptych of Muslim plays examining crises and questions of identity and faith in modern America.

66
Uneven acting, Misguided use of great plot, Has potential

See it if You like to see a show looking for its footing. Great premise, and very fine production for a tiny show. Moslty well acted.

Don't see it if The basic defense of the plot by the main character and his direction are misguided. He grins for ⅔ of the show making him very unlikable. Read more

See it if You like shows with relevant, timely discussions. If you have an interest in Sports or football you may also enjoy.

Don't see it if It has potential but even at 75min still feels long. Scenes go on for too long. The main character also comes off as spoiled/unlikable.

See it if A quarterback decides to reveal his religion at the Super Bowl. Sensitive performances, and an engaging story. Loses steam toward the end.

Don't see it if If you aren't interested in football or the difficulties of Muslim-Americans in this country, this might not be for you.

See it if You enjoy plays that are highly topical and relevant to the here and now.

Don't see it if You dislike pieces that are overly didactic. Read more

See it if You're looking for a well-acted show with an interesting story.

Don't see it if You aren't interested in a detailed look at the issues the play discusses.

See it if You totally agree with NFL’s Kaepernick. The 90 min play shows promise and potential.

Don't see it if You don’t like preachy shows about race and religion from start to end. Competent acting but the lead comes off as privileged and spoiled. Read more

75
Absorbing, Football from a different perspective

See it if You enjoy exploring relevant issue from all sides

Don't see it if If you are Islamaphoebic

To be sure, it's an attention-getting premise, albeit one weakened by an artificial dramatic structure that successively dispatches the supporting characters into the locker room for one-on-one debates with George. Also, his eve-of-the-game decision is a forced setup that makes George look naïve and grandiose, undermining his argument. But there's no question that the one-named playwright Sevan produces some crackling confrontations as George's supporters have at him, disabusing him of his illusions. And in Johanna McKeon's taut production, the battle of ideas is fully engaged, sparing none of the combatants.
Read more

"With the arrival of Hana, the middle section of 'First Down' accomplishes what all the shouting fails to do, which is to connect heart-to-heart with the audience...This section of the play is beautifully written and acted, as it lays out the terrible price that is paid by so many immigrants to this country... There is no doubting that SEVAN is a powerful and decidedly passionate playwright with a great deal to say about Islamophobia in the United States. But if you want to change hearts and minds, tell George to stay home and send in Hana instead."
Read more

The major flaw in Sevan’s play is that not one character points out the sources of Islamophobia. Sevan does have Berri recite a litany of Muslim victims of violence in a tirade toward the end of the play, but it is too little, too late. Some will feel the play does not go far enough in covering both sides of the issue.
Read more