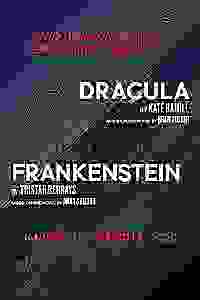 CSC presents this new, two-person adaptation of Mary Shelley's tale of men and monsters. "Frankenstein" will be performed in repertory with CSC's new adaptation of "Dracula." More…

Tristan Bernays’ Frankenstein is an electrifying metaphysical adaptation strongly rooted in the tradition of theatrical storytelling. Athletically performed by only two actors, this exhilarating retelling of Mary Shelley’s beloved novel boldly explores the creation myth while dissecting some of the most frightening aspects of the human psyche.

Don't see it if you're hoping to see something as exciting as the novel. The first 1/4 of the play is extremely slow, and the whole show is only 80 minutes.

Also I'd expect an 80-minute show to be somewhat quickly paced, but considering how the beginning drags on, the play could have probably been reduced to an hour. Also, there are only two actors and they both play Dr. Frankenstein, which is odd.... Read more Read less

Don't see it if You expect dynamic pacing and a script with passion, this has neither sadly

See it if Beautiful use of language at a pace likely challenging to modern ears dulled by the daily use & assault/bombardment of electronics & media.

Don't see it if You can't slow down or find the patience to hear the language, go with the pace. This is about storytelling and language.

Also Barry’s use of her face voice and body are wonders of economy and emotional heft; the production is deceptively simple and bare.... Read more Read less

See it if Challenging and creative. Committed cast to.

Don't see it if Can be confusing; not for this looking fir classic (Universal) monsters

See it if you enjoy an classic being reimagined. This is the Frankenstein story from the creature's perspective

See it if You like the tale of Frankenstein and experimental approaches to familiar stories. Gender free casting. Intimate theater in the round.

Don't see it if You like your theater straight-up and easy to follow. You son't want to sit in a theater and watch a monster learn to walk.

Also She's black, she's bad, she's Franenstein's monster and fortunatley for us she's Stephanie Berry who turns the zombie man into a sympathetic, at least for a time, character. She more or less is the show, accompanied by Rob Morrison playing string instruments and other characters.The first ten minutes are silent as the monster learns to walk, not play with fire and speak with the help of a little audience participation. Is there metaphor afoot in casting a black woman as a monster created by a white man? Damned if I know. Thankfully the play is 80 minutes. Spoiler alert the Doctor dies in the end.... Read more Read less

See it if It would be so much better with better actors and some more compelling action. The words are full of pathos but there is nothing more

Don't see it if you are looking for a compelling drama. There is potential not realized here. The underlying story is tragic but the actors do not connect

See it if I liked it for the clever presentation of the story, the great works by the cast, I found it charming. Bring sunglasses.

Don't see it if Read all the reviews and decide.

See it if You like a new approach to a classic.

Don't see it if You don’t like classics turned upside down.

See it if Stripped down version of Frankenstein tale with two actors - really 1 1/2 actors. An interesting production

Don't see it if A full production

Also If you are not familiar with the book, this is a bewildering edited version of the book that spends too much time in its first half having us adjust to the concept of the play and then not enough time on the plot and outcome... Read more Read less

See it if you love intimate settings and are very familiar with the original story. I enjoyed the gender-less casting but found it very very slow.

Don't see it if you are expecting lots of action or a fast pace. Also, you need to be able to use your imagination and project what you already know.

See it if u want 2 c a woman's solo performance as the monster,accompanied by a talented musician who speaks occasionally

Also i think it is racist to cast a black woman no matter how talented (and she is) play the monster.... Read more Read less

See it if You want to see a fresh take on a classic story, with two talented actors playing all roles. Theater in the 3/4. Short (90 minutes) shows.

Don't see it if You are unable to distinguish when one character changes to the next. If you want to see the Boris Karloff version. If you need an intetmis.

See it if This is an intense adaptation of Mary Shelly's novel. Performances & writing are spectacular. Minimal staging leaves no distractions.

Don't see it if It's A VERY minimal staging (in typical CSC style) that leaves you with only the text & performances. This is not some Disneyfied fluff.

See it if you want to see a Frankenstein adaptation that focuses for a long time on creation myth parallels and is a bit avant-garde in its writing.

Don't see it if you are not familiar with the original Mary Shelley Novel, do not like experimental theatre, or want complex staging with a large cast.

Also I think there was a lot of potential for a good show here, which is probably why I felt so disappointed as I left the theatre. I have been to other "classic horror" shows before with only two actors that were pulled off brilliantly (Soho Playhouse's Dr. Jekyll and Mr. Hyde comes to mind). However, the pacing of this show was nothing short of uncomfortable. The first quarter of this 80-minute production consisted of pantomime and grunts — the rest of the show was unfortunately rushed due to this "evolutionary" fixation. A positive: I think the integration of music was clever. However, I feel as though the musician should not have been involved in the plot. Having him hop in and out of the story was confusing — either have him be a character(s) or don't. (Ex: Having both actors play Dr. Frankenstein was hard to adjust to.) Overall, it felt more pretentious than clever. There's potential for something brilliant here, but as it stands, it is not friendly to a wider audience.... Read more Read less

See it if you want to see Frankenstein come to life and watch how he adjusts to his new reality on a physical level and then on an emotional level.

Don't see it if you're not interested in observing how Frankenstein comes to life and handles his new reality both on a physical and an emotional level.

Don't see it if U don't want to be bored for the first 1/3 of an 80-minute show & don't want to wonder: was this worth the risk of getting the coronavirus?

Also The actors do a good job with very thin material. The guitar riffs offer some respite. I picked the term "thought- provoking" as a tag because it did make me ponder how far we have and have not come in terms of abandoning prejudices based on how people look.... Read more Read less

Also I will say that Stephanie Berry is a wonderful actress, and was the only thing keeping the show together. I hope to see her in a show that's actually good one day... Read more Read less

See it if You want to see an actress give her ALL to play Frankenstein. She is the most resonant part of this two-hander.

Don't see it if You don't care indulgent creative choices, elongated periods without dialogue and nothing interesting, unnecessary music and staging

See it if The nuance of seeing the Monster played by a female excites you. She's worth the watch. It's kind of a Reader's Digest Condensed Version.

Don't see it if You're looking for big action. There's very little of that in this piece. And the music may annoy you a bit - it seems extranous.

See it if You enjoy shows that try something new/ daring (and don't fully succeed). a brave attempt, with strong script and acting, that fails to soar

Don't see it if You expect conventional storytelling, straightforward narrative, and traditional staging

See it if You enjoy Frankenstein and want to hear the book read to you - well.

Don't see it if You want something exciting, or a new take on an old story.

Don't see it if See Dracula instead at the same theater

See it if You like monsters ascending from grunting to, for some reason, Elizabethan English in a matter of moments.

Also I'm truly sorry. I've only experienced one of their plays. The environment is very nice, and the company seems very accomplished. But "Frankenstein," I thought, was just awful. Don't get me wrong, Stephanie Berry's role was very challenging, with so much dialogue and so many character changes, and for the most part she was excellent. Not so with the script, which I have to say was more pretentious than "metaphysical." Frankenstein's Monster's quick ascent from grunts to Elizabethan English would have been bad enough, but the book's narrative isn't even written in Elizabethan English, thou shouldst realize. It was just disconcerting, and it reached its crescendo when the narration was describing the Monster grunting mournfully over the Doctor's body while the Monster stood onstage waxing profoundly. The whole thing was just incongruous and, I can't help but say, tedious, which "Frankenstein" really shouldn't be. I guess one has to be careful with things "avant-garde" and "re-imagined."... Read more Read less

See it if Beautifully acted!

Don't see it if If expect a larger production 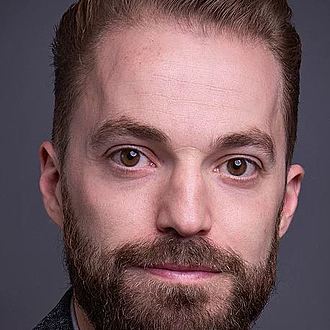 Tristan Bernays
Playwright
Get Alerts Alerts On Alerts Off 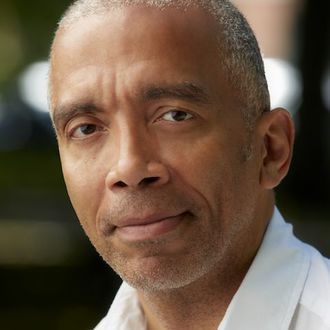 Timothy Douglas
Director
Get Alerts Alerts On Alerts Off 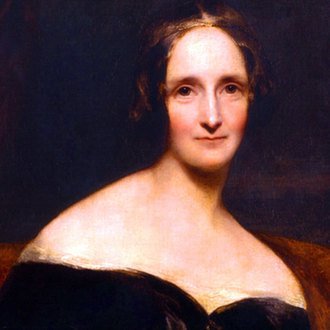