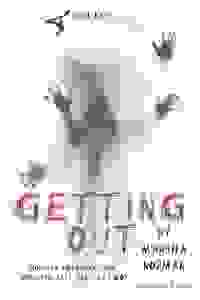 View in admin
Getting Out
NYC: East Village
62
Score it Scored!

Getting Out NYC Reviews and Tickets

The Seeing Place Theater presents a revival of Marsha Norman's drama about a young woman attempting to find her way after being released from prison.

After getting out, Arlene returns to a rundown apartment in Louisville, intent on starting over. Rebellious and disruptive growing up, she has found strength in religion and wants to put her youth behind her. But her struggle to find her way in the present (as "Arlene") is counterpointed by flashbacks of her past (as "Arlie"), with two performers inhabiting her at different periods in her life. Ultimately, the play offers no simple answers but convincingly captures someone fighting to survive against incredible odds. Playing in repertory with a revival of Eugene Ionesco's absurdist classic 'Rhinoceros.'

See it if you want a thought-provoking, if somewhat dated, early Marsha Norman play exploring the struggle of a woman coping with life after prison.

Don't see it if you are not prepared for a serious but slight (and, at times, slow-moving) drama that deals with some uncomfortable issues.

See it if you want to solve some of the problems of the world. This play makes one say What can we do to improve our prison system, Better than orig.

Don't see it if you want to leave the theater happy. The Seeing Eye Company tackles a problem and we are left to solve it

See it if You want to see a play about social issues told in an unique way. You want a play that will provoke conversation.

Don't see it if You don't want a play about social issues. You want more contemporary references. You don't like experimental theatre.

See it if you know that it is written by Marsha Norman,Pulitzer Prize winner for 'Night Mother;do not care about liking any of the characters

Don't see it if You know someone in prison or just released; expect great staging and dialogue; dislike abuse of women;hate unrequited despair

See it if You know someone in the play. The acting wasn't bad, and the actors have talent. But the play is boring and long and has no accessible arc.

Don't see it if Horribly staged for the theater. Big columns made some of the space inaccessible and they put scenes there anyways. Confusing choice.

See it if Thoughtful important work by an ambitious,socially responsible company interests. A flawed play in a difficult space realized by a fine cast

See it if You want to acquaint yourself with a terrific company dedicated to meaningful work. Who else provides questions to spur conversation after?

Don't see it if You're looking for a fun time. This is serious work, and there is much to be gleaned from it.

See it if You like dramas that make you think.

Don't see it if You want something light and fluffy.

"The cast gives impassioned performances and Cronican is especially poignant as the determined, conflicted Arlene...While every corner of the theater is well utilized, the pacing tends to lag and lighter moments of humor are lost in the process. That said, the weight and menace of the story remains very much palpable…'Getting Out' is a deeply relevant story that calls attention to the fight of victimized women, a mission that enormously warrants this earnest revival."
Read more

"Ultimately the play, like life, offers no simple answers—but it conveys, with heartrending honesty and compassion, the struggle of someone fighting for her life against incredible odds. As usual, the direction by Erin Cronican and all of the performances was outstanding...Both Erin Cronican who plays Arlene and Candice Oden who plays Arlie touched my heart."
Read more

“A richly layered production...Erin Cronican both directs and stars as Arlene, so tightly wound and passive...The cast as a whole is very good, with standouts being Ms. Brandberg as Arlene’s mother, showing us both her bitterness and her grudging effort to be supportive; and Mr. Carrieri as Carl, embodying both threat and sexual allure...Neither the playwright nor this production offers easy solutions.”
Read more

"Many of the issues with ‘Getting Out’ lie in the somewhat weak material. Though the play is peppered with some satisfying dramatic moments and a compelling premise, some important holes in the prison narrative give the audience few opportunities for to truly sympathize with the present, rehabilitated Arlene…The show is also stocked with some wonderful supporting turns from a veteran cast…Though the pacing of the play overall is quite good, the overall feel of the piece is one of anti-climax."
Read more