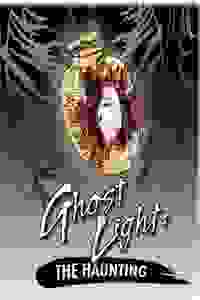 La Luna Productions presents a story of a ghost returning to wreak vengeance on the ambitious husband who betrayed her.

'Ghost Light: The Haunting' tells the mysterious story of a Japanese-American actress who returns from the dead to wreak vengeance on the ambitious husband who betrayed her. This is a contemporary fusion of 'Macbeth' and the Kabuki 'Yotsuya Ghost Tales,' the popular Japanese ghost story that has been adapted for film and stage over 30 times, and continues to be an influence on Japanese horror today.

See it if you're interested in a new take on some well-known tropes; you like "Macbeth"; you would enjoy a live traditional Japanese music underscore.

Don't see it if you tend to get ahead of a story.

See it if was very great movie .love scarey ones

Don't see it if you are scared dont watch this one

"'Ghost Light: The Haunting' offers up a fresh, modernized take as play-within-a-play of two Broadway-bound theatre stars with chilling yet cheeky homages to kabuki and Shakespeare's 'Macbeth'... The cast of supporting characters and ensemble keeps us hooked into this pleasantly unpredictable theatrical experience from start to finish, and deserve a hearty round of applause."
Read more

"A bit scared can mean there is loads of suspense and unexpected things that happen that will startle and rattle you and keep you on edge. If this sounds like what you have in mind, then consider seeing 'Ghost Light: The Haunting'... Prepare to be scared just enough to make it an experience that fits right in with the season and beyond...If you are looking to get spooked-out theater style, then this is for you."
Read more

"Spirits are very plainly felt throughout 'Ghost Light'. When not performing characters, the members of the ensemble dress in black and walk the stage. When embodying Shakespeare’s witches, they hiss the most poisonous of The Bard’s verse into the ears of the living, tempting them into one despicable act after another. Other times, the ensemble is silently present, acting as statues: a constant reminder that otherworldly forces are perhaps watching."
Read more

“What makes the play linger in the heads and hearts of its audiences is is the haunting performance by the lead actress; the mesmerizing choreography; and the spellbinding traditional...'Ghost Light' suffers from a tad too many scene changes and subplots that risk disrupting the story’s narrative...The play is still a visceral experience, enhanced by the Kabuki music and the physical movement of all the actors. It is this harmony of sound and sight that is truly haunting."
Read more