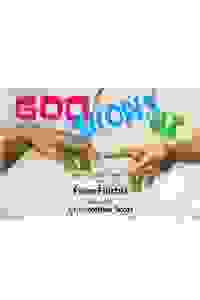 This new comedy asks: what happens when God drops in on Earth after being away for a few millennia? More…

See it if you'd like a send-up of televangelists and their undiscerning flock. Little plot; lots of ideas. Exposes greed, commercialization, lies.

Don't see it if you hold traditional religious beliefs; GSU argues for tolerance. The action is choppy; some material is draggy. Mostly fun/insightful.

See it if Good acting, directing and staging. Tele Evangelist meets God. If you want a show that doesn't have good jokes throughout.

Don't see it if Show starts off great then God hashtags it up and gets too campy. 80 minutes long.

Wish I Could See Them All
Syosset
50-64 | Male
671 reviews
Get Alerts Alerts On Alerts Off
75
Relevant, Funny, Indulgent, Incisive, Talkative
February 21st, 2019

See it if Vicious satire of televangelists. Hypocrisy of praising God, collecting donations & driving a Lexus. Many zingers & surprising turns.

Don't see it if Best when the two faces of the televangelist shine unabashedly. Less fun when God becomes overtly hostile and excessively talkative.

See it if u want to see a funny, punny, divine opening scene spoofing televangelism... followed by a trite, hackneyed indictment of organized religion

Also Despite a topic ready-made for satirizing, the timing of the play being perfect for a spiritual visit, a cast of wonderful actors, and a well-disposed audience (of mostly New York liberals), this show just wasn't particularly clever, funny, or potent. It's a toothless satire that covers ground that has been played out for decades and skewered much more effectively by people like Carlin, Maher, Gervais, South Park, and The Tweet of God. There are laughs peppered throughout (especially in Dr Rehan's opening monologue), and there's much for atheists to delight in, but this felt more like a typical half-baked, overlong, innocuous SNL skit than a messianic moment in theatre.... Read more Read less

See it if you like puns and silly humor. There are a lot of clever moments although the overall plot is somewhat predictable.

Don't see it if you are a serious born again Christian who takes offense easily.

See it if Faith-based satire with Male/Female Gods exposing televangelist as Lucifer on his live telecast. Fear & guilt are the prayer-conditioning.

Don't see it if Merch for sale:"Catch up with Jesus Ketchup, Lettuce Praise & Relish Him." Bumper stickers strewn together. Scripture deconstruction. Venom.

Also "The wold has enough laws, we don't need religion creating more/The government that governs best is the one that governs least."... Read more Read less

Don't see it if after 15 mins play goes flat; weak plot; God who shows up is dull, spouts cliches re cruelties of organized religion

Also Take downs of phony preachers are old hat dating back to Elmer Gantry and even before (The Scarlet Letter). For a play like this to succeed dramatically, the TE [spoiler alert], who is revealed to be Satan, needs to be clever and put up a fair fight vs. God. Otherwise, as in this play, he's just a theatrical punching bag.... Read more Read less

See it if God goes on Live TV to exposing the TV televangelist who want money for prays.

Don't see it if If you take thing serious, and offended by religious humour.

See it if you enjoy a very witty play about religion and pay for pray preachers. God does show up and zings it good to a certain preacher on TV.

Don't see it if you support Evangelical preachers. This play would not be for you.

Don't see it if You want to be challenged in anyway. This is incredibly predictable from the very beginning

Also This started out OK. I thought the TV evangelist was corny and funny in a good way over the first few minutes of the play. But you could tell immediately where this was going. I was most disappointed by the performance of Lou Who played God. He blew me away and his last play Daniel’s husband. It looked like he got absolutely no direction at all in this one.... Read more Read less

Don't see it if You don't like satire on religion.

See it if You need some good laughs at the expense of televangelists. A real hoot!! Ptl

Don't see it if You don’t like poking fun at religious shows.

See it if You enjoy having religious beliefs challenged, like TV evangelists being ridiculed and enjoy a fanrasy storyline.

Don't see it if You do not care to hear ridicule of religious beliefs or you prefer down to earth and believable plots.

See it if you want to see a funny show that takes jabs at televangelists.

Don't see it if you are bothered when a show makes fun of Christian beliefs.

Don't see it if You are too serious and get offended about a play that pokes fun at some aspects of religion. You don't want to laugh.

Also I believe in God and this play was not offensive to me at all. I like how God was portrayed. I loved it. I got it. I enjoyed how it was presented. The writer is very clever and talented and did a great job writing this play. The director did a great job in directing the play and the performers did an amazing job in their delivery.... Read more Read less

See it if you want to have several laughs at the hypocrisy of televangelists. All 3 actors superbly portray their characters, and God does show up.

Don't see it if you are or know a televangelist or do not like to see anyone poking fun at organized religion.

See it if You enjoy a good old-fashioned send-up of religion. You enjoy George Carlin.

Also “You speak an infinite deal of nothing.” -The Merchant of Venice

God Shows Up itself quotes The Merchant of Venice so I thought it appropriate to pick a more fitting quote.

God Shows Up picks as its target, the most obvious and trite antagonist. The greedy mega-pastor. In choosing such a well worn archetype it eliminates the need for our brains to do literally anything while watching. We are all too familiar with this character.

God, played primarily by Lou Liberatore, is a mix of George Carlin and Robbin Williams, with maybe a good batch of amphetamines in the mix. It's an interesting choice but the pacing is so breakneck, and Lou's energy so manic, that God comes off as a bit... amped up? It's a strange choice.

If it chose a more difficult route or was simply much funnier, I would have loved to have been able to recommend this to others.

The ending story arc concerning satan feels very much tacked on and adds little to the play.

See it if you enjoy good-natured, campy humor aimed at the seeming or outright hypocrisy in how religion is practiced or interpreted; intimate staging

Don't see it if you're uncomfortable with darkness, literally—there are longish stretches where staging calls for near blackout; averse to mocking religion

See it if You want to have fun, enjoy a good show which makes you think. There were so many moments of spot on jokes, the dialogues were well written

Don't see it if You are easily offended by Religous, christian, Evangelist referral (there are so many of them), or not a fan of small compact theater space

Don't see it if You like musicals and dramas

Don't see it if you can't forgive lame text and tired old jokes.

Also The cast is truly delightful. The script, although packed full of chuckle-inducing jokes for anyone who ever lived in close proximity to American Evangelicalism, is pretty dull. After ten minutes or so, the charm wears off and the play's really done all it can possibly do. There's just not enough going on in any comedy about God to actually engage an audience. We all know what the jokes are going to be. We all heard them decades ago.... Read more Read less

Don't see it if You want to see a trite diatribe on religion that seems more fitting to a Saturday night live skit that goes on and on.

See it if you'd like a funny, thought-provoking play -- and you don't mind making fun of evangelical ministries.

Don't see it if you are easily offended by religious-themed plays. If "Book of Mormon" wasn't for you, then this isn't either.

Also This is a funny play with a clear message. It starts off very strong and clever. The ending is a bit blunt, but it's still very good. The "casting" of God is excellent.... Read more Read less

See it if you want to see a biting satire on televangelists that questions the authorship of Biblical passages while poking fun at selected "dogmas".

Don't see it if you believe that the Bible is the "Word of God", as this play will most likely offend you, OR you do not find humor in jokes about religion.

Also This play is very funny and entertaining though, as mentioned above, people who consider the Bible to be the unadulterated "Word of God" will probably find parts of it to be quite offensive. This play is NOT for everyone.

The acting is excellent. The jokes are funny. It does become excessively talkative at times but, overall, it's a fun entertaining show.

Parts of the play are very cleverly done. The playwright presents the masculine and feminine aspects of God Himself/Herself in a surprisingly unexpected manner. The commercially-oriented suave televangelist is portrayed almost like a cartoon character, but that is the nature of satire and the role was very well-played. There are some very interesting twists in the "plot" though the show is more a discussion of ideas than a play with a real "plot". It humorously exposes the fact that there is a "devilish" element in all of us.

This is a small production in a nice theater with good staging. It's worth seeing if it's your type.

"Filichia uses this dramatic situation as a way to get in sharply observed comedic digs at the hypocrisy of these religious swindlers. And though that is pretty much akin to shooting fish in a barrel, the lines come fast and furious, resulting in an impressive ratio of precise aim to targets hit....
read more
Get Alerts Alerts On Alerts Off
“This almost skit-like play earns only modest laughter because the territory of religious hypocrisy is so exhaustingly well-worn in popular culture...Filichia is preaching to the choir. That said, all three actors give fine performances...This comedy doesn’t tread any new ground or offer any new ...
read more
Get Alerts Alerts On Alerts Off
Reviews Off Broadway
"The theater has a varied relationship with God, but never closer than 'God Shows Up.' Here he is a direct character, appearing on the television show of a popular televangelist. God makes an appearance on the non-denominational, but quite capitalistic, Dr. Thomas Issac Rehan show to participate ...
read more
Get Alerts Alerts On Alerts Off
for a previous production “Combining comedy and faith into one hilarious yet timely play...Between the light-hearted comedy, especially the playful banter between Rehan and God, there are real issues of today sprinkled throughout, including equality, gender, sexuality, and the act of worshipping another identity. The audi...
read more
Get Alerts Alerts On Alerts Off 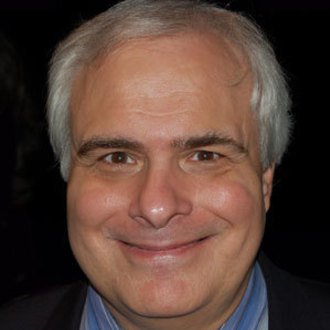 Peter Filichia 9021
Playwright
Get Alerts Alerts On Alerts Off 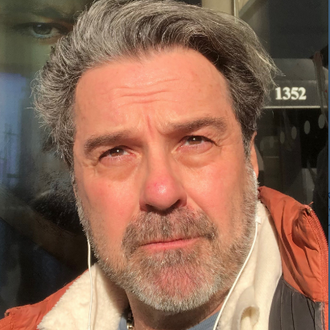 Chris Scott
Director
Get Alerts Alerts On Alerts Off