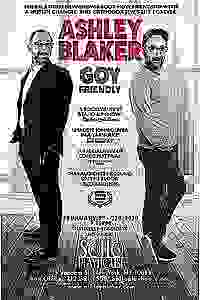 The new solo comedy tells the story of how Ashley’s close friendship with a Muslim changed his life forever.

In ASHLEY BLAKER: GOY FRIENDLY, Blaker explains how the way he saw his life was completely changed by his friendship with an Islamic comedian called Imran Yusuf. His Muslim friend wanted him to explain Judaism and, having initially struggled to do it, Blaker developed a new Ten Commandments for the 21st Century. In the show, Blaker goes through his new commandments and covers everything from the bizarre world of kosher restaurants to the almost biblical requirement to develop Obsessive Compulsive Disorder.

See it if you are comfortable w someone arguing that his orthodoxy is an appealing lifestyle, even with its many restrictions, especially for women.

Don't see it if you are 2020 woke. To me, what Blaker sells as lovable, laughable quirkiness is off-putting and misogynistic. By the end, I was upset.

See it if If you like a new type of writing that reflects on different religions. Has some funny moments and at times is good.

Don't see it if Traditional religious groups may have a problem with the show. Some humor better than others.

See it if you like gentle humor that zings from time to time due to astute writing and use of projections. Some insight to Jewish culture and Yiddish.

Don't see it if you do not like intelligent, slower-paced delivery of Jewish humor by one person pacing for 75 minutes or dislike PowerPoint projections.

See it if you enjoy stand up comedy, Jewish humor, Jewish family stories, one person shows with lots of slides, family and cultural stories

Don't see it if don't enjoy shows that are essentially stand up gigs with a few props and slides, don't appreciate Jewish humor and family stories

See it if you like funny one man shows that draw from the performer's background. In this case he is an orthodox Jew describing his life experiences

Don't see it if references to unnamed celebrities and other pop culture phenomena that you don't know is an irritant. He assumes a lot about his audience.

Don't see it if Faux Judaism outrage & Jewry controversy are safe creaky humour for gentiles when moderated by one who really loves constricts of his faith.

Also Suspect at airport for having Muslim pal."Jews comprise 2% of population, the other 98% are considered non-Jews/Apologies to anyone who misunderstood the advert for 10% off/Mel Gibson"... Read more Read less

See it if You want a pleasant, humorous look at Orthodox Judaism. You enjoy stand-up.

Don't see it if You don't like religion as a source of comedy. You want a spontaneous performance: it has an over-rehearsed vibe & the jokes have...

See it if You want a fun evening with a orthodox Jewish Rabbi comedian telling jokes about Jewish culture while educating non-Jews like myself.

Don't see it if You don’t want to listen to humor.. too bad your loss.

See it if You are "goy" and curious to see and learn about another religion/culture besides your own. For the funny & quirky moments. Have open ♥

Don't see it if You are ultra conservative or religious or are a xenophobe, anti semetic. Don't like comedy + religion in the same venue.

Also I was very curious about Ashley Blaker and what he had to say. As a "goy" I have to admit I learned a lot about the Jewish religion that I wasn't aware of. It was great to know how he and his Muslim friend navigated the different audiences they encountered, and each other. Also to hear his story was also enlightening. He may offend ultra conservative Jews, but it's his truth. We can all learn from each other. And this was my reason for attending. I'm glad I did and so did the two friends who attended with me. Go in with an open mind and heart and you may find out you too will enjoy it.... Read more Read less

See it if you want to learn from a solo artist about Jewish life & customs in a very humorous way.

Don't see it if you don't enjoy solo artists; not interested in Jewish humor

See it if Want something funny in the beginning of the week.

Don't see it if Some jokes are risky and may upset orthodox, some are very "British." Several banalities.

Also The real Playbill was given as a ticket-do not recall seen it before at this location... Read more Read less

Don't see it if You’re looking for something edgy

Also I’m nice but mild try and bringing the Muslim, Jewish and other communities together not very effective.... Read more Read less

See it if One man solo Jewish Orthodox comedian on customs and traditions of orthodox life. Very funny and entertaining evening.

Don't see it if You don't enjoy edgy comedy at times. I'm looking forward to future shows by Ashley Blaker. Another winner at the Soho Playhouse.

See it if you want to see a good Jew tell both good and bad jokes and stories.

Don't see it if you don't like one man shows or Jews.

Also This guy was damn funny at times. Moments are a bit slow , but he had a nearly full house laughing for most of his 80 minutes on stage.... Read more Read less

See it if You enjoy Jewish humor by a very funny Jewish man.

Don't see it if You do not like one- man standup.

See it if you would like to see a very funny stand-up comedian and learn a bit about Judaism at the same time.

TheatreLover311
New York City
Female
104 reviews
Get Alerts Alerts On Alerts Off
80
Intellectual and ambitious in its quest to disarm global antisemitism, Entertaining, Bridging the cultural and religious divide through humor
February 4th, 2020

See it if You are interested to hear about the nuances of daily life within the Orthodox Hasidic Jewish community told with self-effacing humor.

Don't see it if You don’t want to know information about the Orthodox Hasidic Jewish community who by choice and tradition lives with its own strict laws.

Also Mr. Ashley Blaker is a comedian on a mission: to share his experience as an adult-converted and devoutly practicing Orthodox Hasidic Jewish man, with the ultimate goal to make non-Jewish people less antisemitic and more tolerant.

A large order to fill, but if anyone can accomplish it, why not a highly gifted British man with an elite educational pedigree, an established BBC media reputation & multi-continent touring experience?

Add to this his Orthodox Muslim comedian friend, Imran Yusuf, who he repeatedly mentions and with whom he undertook a comedy tour in 2019, and you start to take his comedy seriously, more seriously than any present plan for lasting peace in the Middle East.

His 80-minute not-to-be-missed monologue, focuses on addressing all the stereotypes attributed to the Hasidim cultural way of life, some of which turn out to be on target, and others humorously debunked, only to admit to faults no goy (non-Jew) could ever admit to know about. You will smile & blush.

See it if You are interested in funny Jewish humor.

Don't see it if You want an edgy comic.

See it if You are open to hearing a comedic dialogue based around the customs/traditions of orthodox Jewish life.

Don't see it if You are offended by religious themed humor or want to see a larger variety of comedic topics.

Also Some jokes seemed to appeal to the masses while others only a small group seemed to comprehend. He also definitely lost a good portion of the audience with his one sided political jab. The show itself is likely more appealing to an audience who understands his humor meaning they are familiar with Jewish traditions.... Read more Read less

See it if You like Jewish humor---and not like typical Woody Allen/Larry David--and want to see another side of Orthodox Judaism.

Don't see it if You don't like standup comedy, one-man shows, or are terribly PC

Also I saw a review of this show and bought a ticket on a two-show day. And I didn't regret tearing around all day and ending up downtown.

Ashley Blaker is like an orthodox Jewish John Oliver. He was raised reform and barely went to temple. After he got married, he felt a pull to orthodox Judaism. And not the modern version. He lives in Borough Park, has six kids, and observes rigorous prayer and dietary laws.

Also moving is the friendship with Muslim comedian with whom he has toured globally.

I loved this show.

See it if you enjoy a lighthearted, fun look at Orthodox Jewish life. This was cute and kitschy, like much in New York.

Don't see it if you have no interest in learning more about Orthodox Jewish life. This show drills into the nitty-gritty of Jewish observance.

See it if You went to yeshiva day school, you know someone who went, or know more than just a little about orthodox jews.

Don't see it if Jewish humor leaves you cold.

See it if If you are Jewish this is a must see. Very funny and honest look at being Orthodox Jewish in London. Lots of laughs and show flies by. Go!

Don't see it if You don’t like one man stand up routines about religion, or personal histories with a comic slant, otherwise catch it, Ashley Baker is fab!

"'Goy Friendly' is clearly meant as a light entertainment with lecture-demonstration components and succeeds as such. It's delightful spending time with this superb raconteur, even if he cleverly sidesteps the deeper implications of his subject matter."
read more
Get Alerts Alerts On Alerts Off 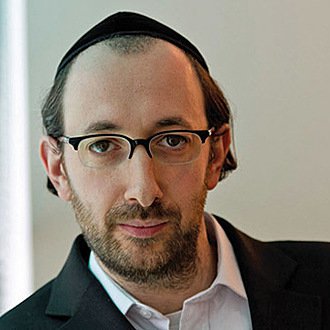 Ashley Blaker
Playwright
Get Alerts Alerts On Alerts Off 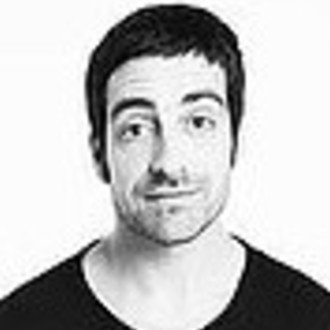 Matt Roper
Director
Get Alerts Alerts On Alerts Off