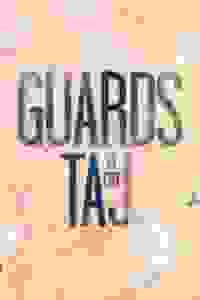 View in admin
Guards at the Taj
NYC: Chelsea
86
Score it Scored!

Guards at the Taj NYC Reviews and Tickets

At morning’s first light, a new edifice representing the soaring power of the empire will be unveiled, the glorious Taj Mahal. But for the two hapless guards assigned to protect it, morning will set the wheels in motion for a ghoulishly funny existential crisis that will shake their faith in God, the empire and each other.

See it if you like absurdist works w a punch. Best new play of the year. Brilliant! Unsettling. Masterful staging. Great acting. Laugh and cry.

Don't see it if you are squeamish; difficult Act II in stage filled with blood. Everyone else should see this play in the tradition of Beckett. Read more

See it if You like stories that make you look within, see yourself from perhaps a way you've never seen or wanted to see yourself and really grow.

Don't see it if You have no interest in maybe seeing that you've got a darker side than you thought.

See it if You want to see a dark comedy written by a great new playwright.

Don't see it if You don't like extremely dark comedies.

See it if you're looking for something original, fun, and intense.

Don't see it if you don't like the sight of blood.

See it if you want to see a touching, surprising story about a friendship placed under pressure by outside circumstances.

Don't see it if you can't handle blood.

See it if You are ready to be queasy

See it if You like cheeky, horror flicks or historical fantasies with satirical bents. Odd tone - but good payoff and a major surprise reveal.

Don't see it if You are squeamish or get woozy at the site of blood.

See it if you like good writing, and a complete story.

Don't see it if you don't like blood, gore.

"Does the fictional nature of the play detract from its effectiveness? Perhaps, since the dark denouement has less force when we know the details of the story are imagined. But 'Guards at the Taj,' which has been directed with a rich sense of atmosphere by Ms. Morton, raises potent questions about the human price paid throughout history for the caprices of the mighty, even when they result in architectural wonders that ultimately give pleasure to the masses."
Read more

"Beauty doesn’t come easily in Rajiv Joseph’s wildly unsettling 'Guards at the Taj'...By its second scene, 'Guards at the Taj' has veered savagely from its funny, gently puzzled, 'Waiting for Godot–ish' beginnings into grotesque brutality, inspired by a legend of the Taj Mahal’s creation...Although the bittersweet final sequence doesn’t quite come off, by then Joseph’s play has done its gruesome work. It has the scary-comic impact of a demon mask, and you won’t soon forget it."
Read more

"Rajiv Joseph’s 'Guards at the Taj' concerns itself with the overwhelming power of beauty; naturally, it is brutal to an almost nauseating degree...How odd that a play aiming to dramatize an assault on sensitivity should perpetrate the same assault on its audience. But then, as Joseph demonstrates too well, anyone can be a tyrant."
Read more

"This is a compact two-character play loaded with ideas and evocative imagery. It begins almost like a comedy sketch but develops into a haunting consideration of loyalty and betrayal between friends, of duty and blind adherence to barbaric command, and of the ownership of beauty...His attention to philosophical, existential and spiritual questions makes 'Guards at the Taj' a strange but unexpectedly moving experience."
Read more

"A warning for theatergoers with delicate constitutions: Steel yourselves before seeing 'Guards at the Taj', Rajiv Joseph’s riveting new two-hander...The play dissolves into perhaps the most astoundingly brutal tableau you’ll ever see on stage...Even amid any other aesthetic unpleasantness, you won’t be able to look away from these two actors."
Read more

"In his strikingly original drama, 'Guards at the Taj,' Rajiv Joseph entrusts the romantic legend of the Taj Mahal to two lowly palace guards...The playwright’s amusingly anachronistic idiom and two excellent performances from the likable actors in this two-hander keep us entertained — and totally unprepared for some shocking plot turns...The unveiling of the Taj Mahal becomes a magical onstage moment."
Read more

"The play has lofty ambitions, but in reality it boils down to roundabout discussions between two dingbats who find themselves in over their heads. Sadly, the point is as lost on us as it is on them...The production may have worked better with slightly younger actors. Even then, it’d still be hard to shake the disconnect between the show’s lofty subject — the death of beauty! — and its glib tone."
Read more

"It’s a fertile and timeless idea that’s worth exploring. Both actors deliver vivid performances under the direction of Amy Morton. But the play eventually spins its wheels. In the end, 'Guards at the Taj' leaves you hanging and comes down to something pretty obvious: Beauty comes at a bloody high cost."
Read more