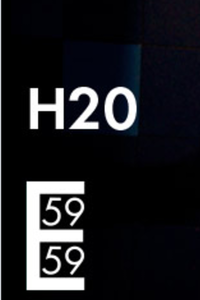 After arriving to the City of Angels, an aimless young man catapults to movie stardom and into Hollywood's sleazy celebrity culture. Banking on his fame and name, he is selected to appear in 'Hamlet' on Broadway. Given full casting approval, he embarks to New York City to seek out his Ophelia and encounters his muse and his match - a young evangelical Christian woman set on getting the role...and saving his soul.

See it if You like an interesting twist on Hamlet and enjoy watching an ambitious fundamentalist chick caught up in getting a Bway start.

Don't see it if You have a problem with high drama and blood.

"What’s conspicuously missing from West Hyler’s production is the necessary chemistry between Ms. Mair and Mr. Podulke...we never get a sense here that they’re even curious about each other, let alone that the friction between them results in a spark. There is, however, a lot of yelling....This production seems to be moving too fast to breathe...An intriguing play about the interdependence of the sacred and the profane, 'H2O' has been sapped of its vitality. It deserves a fairer chance."
Read more

"Life slavishly imitates art in this modern retelling of the Hamlet-Ophelia story, by the playwright pseudonymously known as Jane Martin...There’s pent-up attraction galore, which culminates, naturally, in a climactic breakdown during a performance of—you guessed it—the 'get thee to a nunnery' scene. Since this premise positively broadcasts its own spoilers, it won’t surprise you to learn that things don’t end well."
Read more

"An emotionally charged play with exceptional writing by Jane Martin and superb direction by West Hyler...'H2O' is a poignant piece of theater, a revealing view of stardom, temptation and reverence. You will return to this play in your mind again and again."
Read more

"Martin’s superb writing precisely imparts biographical details, conflicts and actions in various locales during the eight scenes of this fast-paced two-character play. This is accomplished through monologues spoken to the audience and well-crafted exchanges between the characters...With all of these superior qualities what makes 'H2O' even more vivid is Jane Martin’s uncompromising writing that doesn’t flinch from honestly depicting the characters’ behavior even if it upends more desirable resolutions."
Read more

"The pair work well together and give impassioned performances...Many of the more intense scenes between Deborah and Jake turn into a shouting match with messy physical moments that director West Hyler might have smoothed over with a more discerning eye…The most tragic moments in the play read as the most ludicrous and unbelievable…All in all, it is bafflingly unclear why these two characters continue to stay together in each others' lives, let alone the same room."
Read more

"This play takes on deep philosophical and moral issues in a sharply acerbic and entertaining way. It is clever, sometimes funny and surprisingly raw—just when you think you’re in familiar territory, it pulls you out…The actors are beautifully clear and often electric…The director had to have been brilliant —no play achieves this level of artistry without a graceful hand, and West Hyler has clearly done a beautiful job fulfilling the intentions of this play and the talent of his actors."
Read more

"Playwright Jane Martin draws a relationship of two unhappy people who are stuck in their beliefs...'H2O,' a dynamic and excellently executed play, is an honest account of the hectic and unsustainable life of theater people. One wishes both characters a happy end, even as you fear that things will soon fall apart, as it is often the case when humans who strive for purity and love are challenged by their selfish egos."
Read more

"The important play raises enduring and rich questions about the meaning of forgiveness and unconditional love...'H2O' has a short run and is a must see. Audiences will leave the theatre not quite knowing who they are or who they might become. And – for just a moment – that is a good thing."
Read more