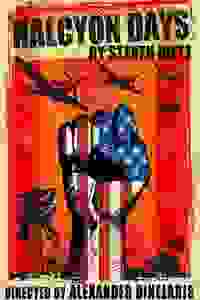 How do you make something go viral in the days before social media? This satire by Steven Dietz explores what it took​ to get America behind the 1983 invasion of the western hemisphere's smallest country​, Grenada. More…

This eye opening exploration of the D.C. "spin machine" is a brutally witty and thought provoking behind the scenes look at America's first "public relations" war. The action of the play goes back and forth between Washington, D.C. and Grenada as it follows the powerful figures behind the conflict and the ordinary lives affected by it.

See it if You enjoy historical stories that are told with today’s sensibilities rather than those of the time.

Don't see it if You want historical accuracy. Emphasis seems to be on style rather than details.

Also Maybe I’m being to picky but this play is set in 1983 and there are some glaring examples of items that just didn’t exist in 1983...mainly the cell phones they’re carrying around as well as the coffee cups and the Diet Coke cans, none of them were from the correct era. I know, it doesn’t effect the story but it did keep pulling me out of the moment.... Read more Read less

Also My 88% and partner's 78%.. Interesting look at U.S policies in 1983 and how decisions are made. One wonders about all wars battles etc. and the consequences.. I feel that the company tried to tackle too much but the effort was there. Talk-backs after the show would be beneficial (esp with current decision makers) The acting was good. I esp. liked the actor who portrayed the Dad and partner liked the actor who portrayed Raper. (the adviser???)
Certainly worth a visit
... Read more Read less

See it if you want to understand the spin of the Reagan era with good acting, music and video that sets you in the period and makes you think.

Don't see it if you do not enjoy the horrors of conflict or want to relive the misdeeds that took place while the president made everything seem hunky-dory.

See it if you won't mind a play that can't decide if it's a spoof or a drama; like political plays, are leftist, see the world in black and white

Don't see it if You won't like a play that can't decide if it's a spoof or a drama, like plays with nuanced, believable characters.

Also There's a bizarre subplot involving a US senator's son who is a student at the US style med school in Grenada when the US invades. He has a sideline selling med school exam answers w/ the help of a prof, the manager of the local HolidayInn, & 300 CIA operatives.( In real life, you can't get a residency w/o passing the medical boards which you can't do unless you learned the material, but...)Oh, & he works at the HolidayInn. He is paid a lot of $ by the US government to cry, kiss US soil and thank it for rescuing the med students. This is a spoof, right? But then there are other parts of the play that are played as pure drama, including the senator's disappointment in his son who he "lost" in Grenada because his son was co-opted by the government. The production was well executed, but the play isn't worth it.... Read more Read less

Don't see it if If you expect a completed taut script. Overlong at present and needs some judicious cuts.

See it if you're interested in how media manipulation worked in the 1980s pre-social media era; in Reagan-era political shenanigans

Don't see it if use of familiar types & tropes of cynical political satire turn you off; plot machinations drive the boat here; some casting not ideal

Also Dietz' 1991 play about Reagan's 1983 invasion of Grenada must have played quite differently when it premiered. One imagines the Washington backstreet deals and CIA skullduggery carried more shock value at the dawn of the internet era. Now the play runs on irony rather than outrage.
The characters are familiar types--the newbie Washington speechwriter; hardbitten Senator who recovers his moral compass at the cost of his career; students awakening to Washington's global manipulations--and probably never offered much in the way of emotional depth. Still, it can be engaging to watch them play their conscious or unwitting roles in the larger game of creating Reagan's "Morning in America."
This material might work better as a film, though Dinelaris' staging is resourceful on Lord-Surrat's all-purpose set that makes effective use of Scheuer's projection design.
One leaves wondering whether the morally simplified blank canvas of POTUS #40 was preferable to the active stupidity of #45.

Don't see it if You have any trouble hearing

Also This was probably a good show. But the actors did not project voice enough. I sat in the first row and could not hear a number of the actors I left at intermission frustrated that I couldn’t hear the show... Read more Read less

See it if You appreciate timely political plays done well.

Don't see it if Our country's history of third world invasion and manipulation depresses you.

See it if You enjoy plays, that deal with politics, past/present. You are like The West Wing, Wag the Dog etc. and brittle dialogue between men/women.

Don't see it if You dislike any projects that portray the USA and the CIA in a negative light. You wish a breezy, light political show like Veep.

See it if You want to revisit American imperialism and the anti communist Cold War brutality. Could be tightened up a bit.

Don't see it if If you you are disinterested in history or withou opinions on current events.

Don't see it if You don’t like shows about politics

See it if You are interested in political intrique

Don't see it if You are overly patriotic

See it if you like politically driven plays, albeit with no heart or interesting viewpoint.

Don't see it if you like a play that moves and engages you with characters that elicits some ounce of emotion from the audience.

Don't see it if You're looking for new commentary on the Grenada invasion or our current political climate.

Also I marked this as relevant and dated, which I realize is a contradiction. For being written in the early 90s, a remarkable amount of this play addresses current issues. But a lot of it also felt staid and old-fashioned and too pat.

The actors range wildly from excellent to not so excellent. Overall I thought there was a lot of yelling instead of acting, especially for such a small space.

Good but not great.

See it if You like recent historical plots relevant to politics today.

Don't see it if You have a blind eye to what is happening in our country!

See it if I honestly can't give you a reason to see it other than maybe you enjoy something akin to House of Cards and bad dialogue.

Don't see it if If you want to see something good. It feels so long and the dialogue is just sooooo much at once and not in the good way.

See it if You love political theater, historically based theater, great music, and just good theater. It’s something between the West Wing & Chinatown

Don't see it if You’re looking for fiction, or don’t like serious or small production theater.

Don't see it if you're looking for masterfully written lines, or big Broadway production value

Also Truthfully, the play just seemed overworked and like it was trying too hard, particularly in the writing. The directing choices were also odd and often used to compensate for lines they didn't know what to do with.

Such a shame! The topic is extremely relevant and this story should be told! And would make an excellent play...unfortunately, it just wasn't this one.

See it if you enjoy very interesting and thought provoking dramas that are relevant to our political times.

Don't see it if you only enjoy musicals or do not like shows with a political storyline.

See it if you want to see a play that makes you think.

Don't see it if you’re an easily offended Republican.

See it if Geopolitical landscapes and their ever repeating cycles gives you cause for consternation. It is a reminder of foreign-policy manipulation.

Don't see it if A sobering reminder of our country's past and present approach to politicking upsets your stomach. The old ways persist with new technology

See it if you have an interest in the secret manner in which our government operates.

Don't see it if you have no interest or concern in democracy, honesty, fairness but instead just want fluffy entertainment.

See it if Steven Dietz’s book “Halcyon Days” is brought on stage. Directed by Alex Dinelaris and produced by the Oberon Theater Ensemble this is a fa

Also Steven Dietz’s book “Halcyon Days” is brought on stage. Directed by Alex Dinelaris and produced by the Oberon Theater Ensemble this is a fast-moving, powerful drama about the politics of invading Grenada to rescue American medical students from a communist take-over. The 1983 decision to have the powerful American forces invade the tiny Caribbean country is presaged by the conversations among politicians, led by actor Tom Paolino as a U.S. Senator whose son is on Grenada. The set is simply designed (apart from the Reagan cut-out), allowing the “spin” machinations and “what if’s” play out. Paolino’s performance is especially powerful as he projects an amazing range of emotions.... Read more Read less

"Ronald Reagan’s life-size, cardboard cut-out is the most successful thing in this frantic production of the political satire 'Halcyon Days'...One sits there for two hours numbed by the experience of watching the talented cast often vigorously playing for laughs that aren’t there...Director Alexa...
read more
Get Alerts Alerts On Alerts Off

Oberon Theater Ensemble
Producer
Get Alerts Alerts On Alerts Off 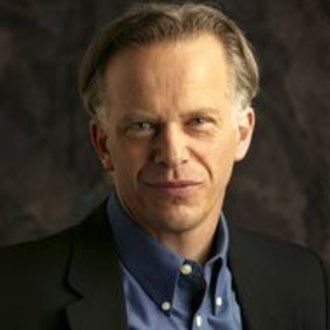 Steven Dietz
Playwright
Get Alerts Alerts On Alerts Off 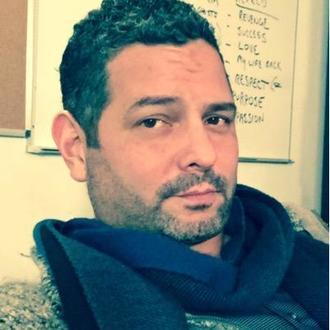 Alexander Dinelaris
Director
Get Alerts Alerts On Alerts Off 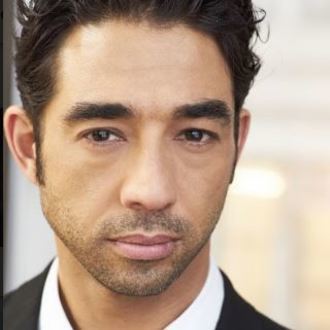 Rand Guerrero
Cast
Get Alerts Alerts On Alerts Off 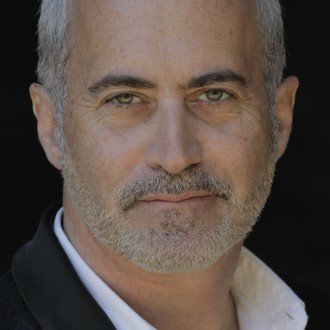 Ralph Guzzo
Cast
Get Alerts Alerts On Alerts Off 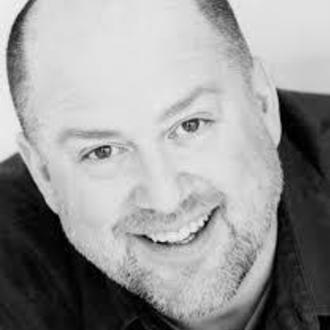 William Laney
Cast
Get Alerts Alerts On Alerts Off 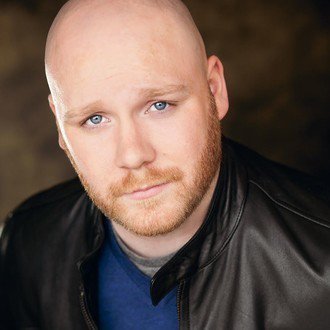 Chris McFarland (II)
Cast
Get Alerts Alerts On Alerts Off