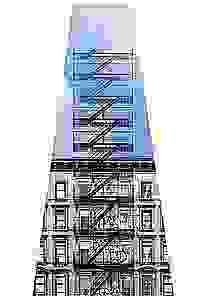 Atlantic is thrilled to partner with LAByrinth Theater Company to present Guirgis’ first new play since Atlantic Theater Company’s 2014 award-winning production of Between Riverside and Crazy.

Pulitzer Prize winner Stephen Adly Guirgis takes his style to another level in this world premiere play about the harrowing, humorous, and heartbreaking inner workings of a women’s halfway house in New York City, helmed by John Ortiz (LAByrinth Artistic Director) in his Off-Broadway directing debut.

See it if If you like new ensemble based plays with heart and laughs.

Don't see it if If you want something that won't present you with flawed humans are your main characters.

See it if Youre looking for a raw look at the lives of women living on the edge in a homeless shelter-visceral, volatile, painful lives

Johnny Pomatto
New York City
35-49 | Male
88 reviews
Get Alerts Alerts On Alerts Off
87
A typically intense play from stephen adly guirgis that can go to from heartbreaking to hilarious with a snap of the finger
December 19th, 2019

See it if you're a fan of Guirgis' plays. You'll know it if you are by now. This is an unmissable entry in his canon.

Don't see it if you don't want to see the kinds of loud, angry, aggressive people that you might avoid on the street now portrayed onstage.

Also I've now been seeing Guirgis' plays for over 20 years and I always cherish the experience. This is right at home with plays like "Jesus Hopped" or "Our Lady." A depiction of real New Yorkers that typically don't have plays written about them. It's often funny, often devastating. There's no rules as to which plot points might land on which side. The extensive cast is outstanding. Guirgis tends to work with a lot of the same actors, so you'll see many familiar faces here. They understand and speak his language. They're like a family. And there are plenty of excellent new additions to that family that I hope to see in subsequent works from the playwright. The play is long and often relentless. Won't be for everybody. I don't know if this the play of Guirgis' I would recommend be your entry point into his career, but it's a fine example nonetheless.... Read more Read less

See it if you want a peak inside of the lives of these people you walk by everyday in the city, to see a gritty play that will make you laugh for days

Don't see it if you are triggered by violence or characters talking about abuse or sexual trauma, you are looking for fluff cuz this is grit at it's finest

See it if You like the playwright’s previous work. You want to see an ensemble find beautiful moments.

Don't see it if You want a brief play.

Also Amazing performances. So much humor, so many tears. Wonderful writing; the line about “the bridge” will stay with me forever.... Read more Read less

See it if you are a fan of Guirgis' work. Very current, political stories. I was impressed he could inhabit all those women's lives.

Don't see it if you don't like political theater. Are not interested in marginalized women's stories. Could be cut 15 min.

See it if You crave realistic portrayals of characters who find themselves in situations where they are destine to be knocked down.

Don't see it if You want happy, glossy portrayals.

Also I loved how the pay didn't pull any punches, each character is a victim and responsible for where they are in life. Loved we got to see every side of these people.... Read more Read less

Don't see it if You hate cursing and plays about drug users, transgender characters and a roster of other damaged individuals

See it if YOu enjoy a hard edged drama that captures a demographic so accurately. The story emerges tastefully, intensely and touchingly.

Don't see it if YOu are timid about harsh language that is accurate for the demographic. Or, if you don't want to see how "the other" lives

Don't see it if you would be as offended by a series of uninterrupted transphobic rants as I was, or if you care about realistic dialogue in general

Also I can't imagine who let this play hit the stage without sitting the playwright down for a heart-to-heart "Dude, you need to kill some of your darlings" talk. Many of the performances are superb. There are some funny lines, and even a few poignant moments. But it wanders all over the place; the characters are stereotypes; too many loose ends are never tied up, and the play is just - well - sloppy. And Sarge's transphobic hate-speech attacks against Venus literally made me feel sick to my stomach. All in all, a distressing three hours; I wish I'd spent it doing something else. I saw and liked "Hat" and "Riverside," and I don't dispute Guirgis' talent, but this play is a self-indulgent mess.... Read more Read less

See it if a multi character soap opera of women on the mend- ethnically, urban, diverse, funny and interesting

Don't see it if A little sit-comish, and these women are all suffering no music, lots of talk

Don't see it if You want a happy ending and don’t want to empathise with disappointment and failure.

See it if you like plays with challenged characters, reflecting both the triumphs and tragedies found in trying to rebuild their lives or just get by.

Don't see it if you like your plays short and with few characters to focus on or do not like the profanity of street language.

Also I would be surprised if we did not see this play reopen in the near future. Guirgis's writing is as strong as ever here and Ortiz directs his outstanding cast with perfect pitch. I do think Act Two can be sharpened a bit. Not necessarily shortened but sharpened, which is not to say that the play as it currently stands is not in great shape.... Read more Read less

See it if You think theater should tell real stories, you think the people who struggle are also stars, you are into urban drama

Don't see it if You think only pretty people deserve to be in plays, you don't want to hear what shitty lives people have

See it if You want know the real deal, performed in REAL New York dialogue about race, addiction, poverty, and mental illness in our city. FANTASTIC!

Don't see it if You are looking for a lighthearted comedy that glosses over the reality faced by marginalized New Yorkers.

See it if You want to see a poignant, hilarious slice of NYC life

Also This play, like many of Stephen Adly Guirgis' works, is a wonderful mess (and I mean that in the highest form of a compliment). His characters are almost without exception out there on the spectrum of behavior, clinging to some desperate sense of physical and emotional dignity. They rant, they fight with each other, they screw up in almost every conceivable way, but through Gurigis' wonderful gift for dialogue, you always feel their humanity. These are real people up there on the stage, and we should pay attention to them. The director, John Ortiz guides a large and wonderful cast, many of them veterans of previous works of the author. The play could easliy trim 20 minutes of its running time without losing any of its effectiveness. In the last scene of the play Sarge, a character who has lost everything, makes a plaintive request for money to get a meal. The request is not made to a cast member, it's to the audience, and as you leave the theater that is what's on your mind.... Read more Read less

Don't see it if you like your theater "90-minute without an intermission" express-style: this one is long and detailed but totally entertaining

See it if You enjoy stories with many characters; plot threads that interact and overlap as it all moves forward; and intense social relevancy.

Don't see it if You will be confused by modern language and slang, or want small plays about a small group of people.

Also Although set in just one halfway house, this play is wild and sprawling and ambitious. It has 18 characters, each of which has real movement and growth. The writing is huge and powerful and real, although there is a tendency to exposition about characters' backgrounds (hard to avoid given the large cast).... Read more Read less

See it if you don't want a real, slice-of-life look at the lives of homeless women

See it if you love the theater, you like great acting and you are not put off by the reality of new york

Also I know that the show depicts a certain reality. The story of that reality is told in a very realistic absorbing manner,but you won't go home feeling great Maybe you will go home feeling that something needs to be done. Great writing... Read more Read less

See it if you are grabbed by a show that intimately and starkly presents characters whose lives are tough and language is raw, but you are with them.

Don't see it if you're not up for an almost 3-hour show, with lots of profanity and characters in the midst of struggles who may not have happy endings.

Don't see it if If you’re looking for something light and amusing this is not for you. It is heavy and relevant But in an entertaining way

See it if There are many beautiful moments in this show, and some lovely performances. It you have nostalgia for Guirgis, you will enjoy the play.

Don't see it if There is no through-line. Too many characters, poorly directed, whole storylines be cut. It's like they crammed a season of TV into one play

See it if You live in NYC. Characters are very relatable - we all know at least one of them personally. Very relevant and moving. Great acting!

Don't see it if You don't understand anything about homelessness in New York City. 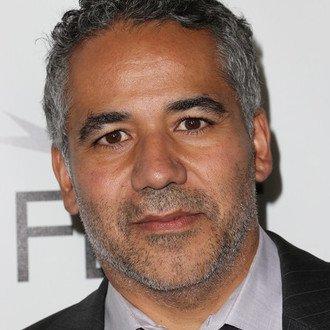 John Ortiz
Director
Get Alerts Alerts On Alerts Off