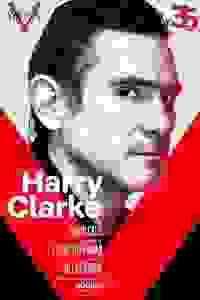 On the heels of a sold out, twice-extended world premiere produced by Vineyard Theatre, Tony winner Billy Crudup returns to this one-man, comic thriller about a shy midwestern man leading an outrageous double life.

Moving to New York City and presenting himself as an Englishman, he charms his way into a wealthy family’s life as the seductive and precocious Harry, whose increasingly risky and dangerous behavior threatens to undo more than his persona.

See it if Great writing paired with great acting. Absorbing story with lots of plot twists and hooks. Exciting.

Don't see it if you don't like one-person shows with minimal sets. Read more

See it if Superb acting from Crudup. Captivating story that holds your attention start to finish. Lots of juicy drama with dark comedy woven in.

Don't see it if You dislike solo shows. Although the performance and story should easily keep you engrossed for the 80min run-time.

See it if You want to see one of the best one person shows ever! Billy Crudup is sensational handling all the characters. The story is exciting.

Don't see it if You want to see the typical one person show that feels more like someone’s therapy session rather than theatre. This is a complete story.

See it if Crudup is masterful, a complex solo show done well. If you like absorbing shows.

Don't see it if If you do not like solo shows that are complex.

See it if you want to see masterful, energetic acting of the highest caliber while immersing yourself into the antics of one crazy character.

Don't see it if you are not willing to listen intently for 90 minutes, including some fast talking and a British accent.

See it if Billy Crudup is astounding. A tour-de-force performance of a masterful script. Probably the best solo performance of the year. A masterclass

Don't see it if You don’t like one person shows or want elaborate staging. It’s all acting...

See it if Timid beaten-down gay man adopts a devilish alter-ego. Does anyone really have a stable identity? Great acting & story that keeps u guessing

See it if you ever seriously imagined being someone eles. Billy Crudup snaps in & out of characters in a wild tale of impersonation gone too far.

Don't see it if you dislike one person show or find flexible morality distressing.

"Personally, I could have learned more about young Philip’s schoolboy miseries. But playwright David Cale is anxious to get to the good part, where the kid turns into a full-blown confidence man...Crudup takes Harry deeper into the dark recesses of his adopted identity — especially the side of Harry who toys unmercifully with poor Mark and the members of his generous but gullible family. Crudup plays every character in this story with vocal precision and some subtle physical tricks."
Read more

"Crudup gives a performance that is altogether enchanting and decidedly bravura...Unmissable...A firm basis for an evening of theatrical delight. And a springboard for Crudup to breeze through a 90-minute performance which we might find astonishing if the actor weren't so irresistibly charming...Silverman directs with such skill that her work is invisible; Crudup glides through with no contrivance or crutches in evidence...A treasurable evening in the theater."
Read more

"Crudup delivers a memorable performance of devilish charm and admirable skill...A terrific showcase for Crudup, who seamlessly invokes the voices and physicality of more than a dozen singular individuals...Although handsome Harry is not an admirable fellow, there is no resisting his appeal, thanks to the humor that Cale paints into the character and the charm of Crudup's engaging performance...Silverman's direction is so sheer that it seems nearly invisible."
Read more

"The crowning achievement, if not the sole merit of this show by some accounts, is Crudup’s acting. True to Cale’s repertoire, this show was written as a vehicle for a formidable solo actor, and in Crudup’s hands may well be considered a masterclass in this craft...Silverman’s staging helps Crudup fill Dodge’s cleverly designed set...Edwards’ lighting design guides the audience through the many beats and phases of the play and of Crudup’s character(s)."
Read more

"This is one performance you do not want to miss...As he seamlessly summons some fifteen characters by my count, each with a distinct voice and specific movement vocabulary, Crudup takes the audience on a thrilling ride at once funny, sexy, and scary...Cale has spun a fascinating, original story...I vividly experienced characters and places that never appeared on stage—a testament to the writing, but also Crudup’s considerable talent under Silverman’s keen eye."
Read more

“Crudup appears to be having the time of his life in a sly role terrifically suited to his gifts...One of the best things about the play is that for a long time it leaves us bamboozled into believing...Crudup has a natural sense of drama that needs no underlining. His vulpine charm makes it impossible not to like him, even as he grows alarming...The production, directed by Silverman, is just as masterly, playing quietly on the theme of making much out of little.”
Read more

“Compared to Cale’s previous pieces, 'Harry Clarke' is surprisingly thin...And there's something strangely dated about it, too...Crudup has fire-hose charm and a naughty triangular grin; he's charismatic enough to sell water to a duck. But he hasn't got an immaculate English accent...The piece, for all its faults, has just enough glamour to carry us along. As Harry tells us, sometimes even fake enchantment will do.”
Read more

“The charismatic, handsome actor exudes sex appeal, making his character's seductive talents fully credible. Crudup also delivers a tour-de-force performance; effortlessly delineating his multiple characters, switching accents at the drop of a hat and even singing...Unfortunately, his protean efforts are on behalf of a shaggy-dog story that, while it has its entertaining moments and wittily amusing observations, doesn't add up to very much...Crudup nonetheless makes it worthwhile.”
Read more