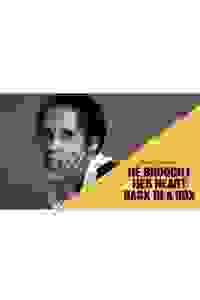 View in admin
He Brought Her Heart Back in a Box
NYC: Brooklyn
68
Score it Scored!

This world premiere from Theatre for a New Audience is a memory tale of segregation, theatrical yearning, and doomed love, set in Georgia and New York City in 1941.

Adrienne Kennedy, in her first new play in nine years, braids together the indignities of Jim Crow, rising Nazism, sexual hypocrisy, Christopher Marlowe, and the lingering shadow of a terrible crime. The action of 'He Brought Her Heart Back in a Box' is driven by lyrical parallel monologues and a chilling tour through a storeroom of charged images.

See it if you want to experience how a system of racial segregation wounded people & communities in the southern US, & better understand its legacy.

Don't see it if you do not like a theater in which the logic operates not by sequential plot but by image & association. Read more

See it if interested in the legacy of Jim Crow laws, relationships under them, plays that are a series of monologues; great acting and clever staging

Don't see it if you don't like brevity, don't care about character development, don't like poetic words Read more

See it if you wouldn’t be bothered by a jigsaw puzzle w/ missing pieces; will overlook frustrating stylistic devices to remember an important history

See it if you enjoy different theatrical experiences and a nuanced look at an awkward period of US history regarding interracial relationships.

Don't see it if you prefer clear plots and more dialogue between characters. These characters barely interact directly.

See it if You want to think about problems with blacks integrating in the past.

Don't see it if You expect to see a great play.

See it if You want to be challenged by a short but deeply thought-provoking play that is elliptical, strange, perplexing, and fascinating.

Don't see it if You want a straightforward narrative or want bang for your buck. You’re easily frustrated by semi-opaque narratives. Read more

See it if you don't mind seeing a beautifully staged, beautifully acted IDEA for a play, with no clear resolution and frustratingly murky story line.

Don't see it if you are less than thrilled at spending twice as much time getting to and from the theater as the length of the play itself. Read more

Don't see it if You want a linear easy to understand play.

"Because it has been created by Ms. Kennedy, this landscape is as ugly as it is beautiful...Only Tennessee Williams, an early influence, summons a cultural past with such a plangent mix of rhapsody and disgust...Directed with haunting lyricism by Evan Yionoulis...Occupying a mere 45 minutes...it nonetheless seems to stretch and bend through generations of conflict...The physical production may be the most ravishing and organic that a Kennedy dreamscape has ever been given."
Read more

"Starts on a murky note but resonates powerfully in Yionoulis's artful production...The effect is disorienting at first. But once past the puzzlements of the opening scene, the story moves forward with impressive concision and impact."
Read more

"This fragmentary new one-act is so brief and intangible...Feels fascinating but unfinished...Yionoulis does first-rate work with her two young actors: they show a commitment to nuanced, sincere character work...But it's not quite enough to anchor us...A play full of ache and anger, but its exploration of the monstrous national heritage that has helped to bring us to our present moment is so fleeting and fractured that it often feels unmoored."
Read more

"Smaller than her previous plays but is shaped like the shimmering and original scripts that made Kennedy’s name...The new work is too short and thin to thrive on its own, especially for audiences who haven’t seen Kennedy’s work before. How marvellous it would be to experience Kennedy’s new work alongside another version of her parents in love and at war, spinning together and separately as their daughter tries to be if not a divided self then entirely herself."
Read more

"This brief, poetic effort must have great personal resonance for its 86-year-old playwright, but it's the sort of willfully obscure drama that should be accompanied by a syllabus...Yionoulis certainly stages the opaque, dreamlike proceedings gorgeously...Pecinka and Canfield give affecting performances...But even running a mere 45 minutes...the fragmented work is for the most part tedious and uninvolving...Designed more to be studied than appreciated in performance."
Read more

"The play offers no straightforward answers...Still, under the direction of Evan Yionoulis, the obliquity isn't off-putting - it's entrancing...The acting is fittingly hypnotic...Kennedy understands how language can be used. She and Yionoulis take different idioms - those of the South, Elizabethan drama, and 1940s films - and use them to tell a mystery story that speaks to various times and places...Let's hope this story proves intelligible to audiences."
Read more

"It is dreamlike, yet disturbing; simultaneously memorable and evanescent; a wisp of a text with unsettling, revelatory undercurrents. It is, in equal parts, stunning and unsatisfying, and anyone interested in this writer's career will not want to miss it...At times, the staging could do more to clarify the text, which remains stubbornly elusive, even confusing at times...Kennedy remains one of the American theatre's true originals and nobody else has explored this dramatic terrain so boldly."
Read more

“Evan Yionoulis has given Adrienne Kennedy's first play in nine years, ‘He Brought Her Heart Home in a Box,’ an exquisite production at Theatre for a New Audience. Kennedy's most accessible play, it tells a charged story of the Deep South in 1941 and its tragic aftermath, based on her personal experiences and family history. Exploring the topics of race relations, bigotry, the Jim Crow South, and the rise of Nazism in Germany, ‘He Brought Her Heart Home in a Box’ has a hypnotic quality.”
Read more