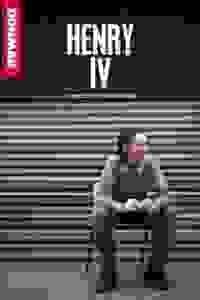 St. Ann's Warehouse brings the cutting-edge Donmar Warehouse's 'Henry IV' to New York following raves in London. An all-female cast tells the story of Prince Hal against the backdrop of an at risk women's prison.

Starring Dame Harriet Walter (deemed "one of best Shakespeareans alive" by The Guardian) and a diverse, all-female cast, this American Premiere encompasses action from both 'Henry IV Part I' and 'Part II' to create a single narrative of Shakespeare’s monumental history plays. Following director Phyllida Lloyd's all-female 'Julius Caesar' in 2013, this production is the second of an envisioned trilogy that empowers women to play Shakespearean roles normally reserved for men. St. Ann's Warehouse will open its inaugural season in it's new home with this event.

See it if you're open to innovative interpretations of WS. All-female cast was strong, especially Walter. Prison setting was unnecessary distraction.

Don't see it if you like classic WS only. H4 was deeply cut...but still coherent & greatest lines preserved. Thrilling to see women in all the best roles. Read more

See it if you want a different take on a classic: this is all female production in a prison. It works.

Don't see it if you insist on literally accurate interpretations of Shakespeare.

See it if Enjoy seeing Shakespeare done with a fresh eye and high energy. Jade Anouk as Hotspur! Harriet Ward as King! Do review the plot beforehand.

See it if You love contemporary, experimental productions of Shakespeare. Very well acted and staged.

Don't see it if You're looking for the traditional or can't handle an all-female cast.

Don't see it if well into the chronicles portrayed here in the "Greater Tetralogy." Can't help a Readers' Digest-y feeling from time to time. It's aces!

See it if you appreciate Shakespeare's history plays and welcome a non-conventional approach to their casting and staging.

Don't see it if you're a Shakespeare traditionalist.

"There’s something about putting these fighting words into the mouths of women that makes us listen with newborn ears for the ring of absurdity and desperation within. This production reminds us that casting against the grain can be a potent tool in theater...They also bring to the production the combustible energy of pent-up souls who have finally been allowed a source of physical release...It’s an exultant spirit of freedom with which these captive women burn."
Read more

"At times, it’s unclear whether we’re watching a well-acted, accessible 'Henry IV' that just happens to be set in a prison, or an unstable, rough-hewn version being acted by female prisoners...While there are dry patches in the intermission-free night (a bit over two hours), the frame still gives you something to think about, and the cast is a lively, diverse mix of veterans and fresh faces."
Read more

"Though the conceit is carried out in numerous ways, some of which border on kitsch, it is more than just a gimmick...The acting, where permitted to be so, is thrillingly successful. But insofar as the production is also a serious attempt to see what new meanings and colors a female perspective, and a prisoner’s perspective, might uncover in the material, it is hampered by a countervailing tone I can only describe as cutesy…By overdoing the concept, the production undermines it."
Read more

"Unfortunately, the prison setting, while certainly novel, adds little to our appreciation of the play…It's all very silly and distracting, and a shame, really...Harriet Walter reaffirms her status among the great Shakespearean actors with her compellingly forceful turn in the title role…The company's previous production, 'Julius Caesar,' worked somewhat better because the contrast between the onstage action and the framing device was less jarring. Here it mainly feels extraneous and trivial."
Read more

"Lloyd never offers a clear explanation for the prison setting. It appears that the women are enacting the play as a kind of educational exercise, although some of it hits the women hard emotionally, which the guards may not have predicted...After a while, you just go along with the concept, which brings a rough vigor and punk aesthetic to the familiar drama. It also turns the tables on the Elizabethan tradition of all-male troupes performing Shakespeare."
Read more

"One would think that this story of a top dog, challenged for supremacy on several fronts, would have a special resonance in an environment as tenuous as prison. Instead, it feels more like a fashionable package in the age of 'Orange Is the New Black'...The acting really is stellar...This is an excellent opportunity to see top-notch actors perform a classic Shakespearean history. But if you're expecting it to say something insightful about the prison-industrial complex, you're in for a disappointment."
Read more

"The framing device sometimes acts as a straitjacket on these skilled players…Walter's Henry is a complex, commanding figure…This is a performance that can stand up to any of the Henrys I have seen…Too often, we're noticing Lloyd's staging ideas rather than the narrative they are meant to clarify…As a result, this 'Henry IV' is both tantalizing and something of a missed opportunity."
Read more