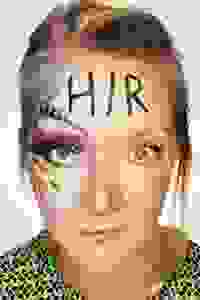 Playwrights Horizons presents a comedy about a former housewife forging a deliriously liberated world for her children: Isaac, a former Marine; and Max, who is sculpting a third-sex gender identity for hirself.

Somewhere in the suburbs, Isaac has returned from the wars (under dubious circumstances) to help take care of his ailing father, only to discover a household in revolt. His mom, Paige, is a former housewife, recently liberated from an oppressive marriage. With Isaac’s newly out transgender brother, the tender, jaded, Max, as her ally, Paige is on a crusade to dismantle the patriarchy. But in Taylor Mac’s sly, subversive comedy, annihilating the past doesn’t always free you from it.

See it if overall entertaining enough. The theme is current.

Don't see it if overacted. Issue that's been done to death lately and not in a particularly original way.

See it if you are a subscriber to Playwrights Horizons and can's use the tickets for another production. One of PH's worst shows ever!

Don't see it if you want to keep the ticket money in your wallet and want to do something meaningful with the two hours you will waste at "Hir."

Don't see it if Ultimately doesn't really go anywhere, though all the trendiest terms are name-checked. Not sure what Mac was trying to say.

See it if you are comfortable exploring issues of gender and sexuality / you like a dark, dark comedy that will still make you laugh

See it if you want to explore cracking family dynamics.

Don't see it if you like conventional kitchen sink family dramas.

See it if This is not a show for everyone. I was confused and uncomfortable at first, but the second act crystallized everything.

Don't see it if You're easily offended, or are uncomfortable with gay or transgender topics.

See it if edgy, black comedy about modern families falling apart is appealing. Excellent performances and a twisted script make for great theatre.

Don't see it if you're a fan of traditional family values.

See it if you enjoy ambitious theatre, and are a fan of the work of Taylor Mac.

Don't see it if you do not enjoy a text heavy script.

"Mr. Mac’s audacious and uproarious black comedy, which opened at Playwrights Horizons in a crackling production, makes even the more extreme angst-amidst-the-chintz plays seem like demure drawing-room comedies of the 1950s...What is remarkable about 'Hir' is not its woolly, dark vision of an American family run amok, but the flawed and real humanity that simmers beneath all the surreal comedy."
Read more

"Patently metaphorical and threaded with nervy satire, 'Hir' at times suggests a modern inversion of David Rabe’s 'Sticks and Bones'...It has a ringing voice all its own, however, and formidable broad-mindedness in its sympathies (and its jabs). The upstairs theater at Playwrights Horizons may be too small for the aesthetic of Niegel Smith’s production...Some of the acting can seem overscaled. (Imperfection and excess, in fairness, are part of Mac’s artistic creed.)"
Read more

"In his other work, Mac’s maximalism has almost always paid off, not only in terms of gorgeous maquillage and feats of endurance but in his ambition for theater as a communal tool. But here, the huge kaleidoscope of attempted analysis — gender, class, political, aesthetic — makes it difficult to track his intentions. The somewhat chaotic production by Niegel Smith also gets in the way."
Read more

"Change, physical and otherwise, is at the center of 'Hir'... 'Hir' has a lot of ideas—necessary ideas, especially when it comes to flinging open closets in the 'trans' world—which spill over the edges of the play, but I wouldn’t take much out in order to make the show dramaturgically tighter or easier to absorb. The rudeness of its form is part of its power: you can’t build a clearer future without making a mess of the past."
Read more

"Mac clearly has serious things on his mind here, and his anarchic take on the kitchen-sink family drama, although hardly revelatory provides some amusement. But the thematic points quickly become repetitious...Director Niegel Smith lets the pace drag considerably, despite the play's running time of under two hours. On the other hand, there's Nielsen...Her sterling performance, and the fine work by the rest of the ensemble, nearly make up for the play's hollow posturing."
Read more

"The actors are, to a person, fine. Smith’s direction is multi-levelled and keeps the complex issues from becoming trite...The second act left me wondering why I was watching this as well as why the second act so blatantly slips off the edge and falls into the creek. There are so many issues at work here that Taylor Mac has spread himself mighty thin... In art, if we are asked to focus on multiple plots, each with equal weight, it is easy to get lost in the effort."
Read more

"Director Niegel Smith's production is intense and thoughtful, with a four-member cast that is collectively excellent...'Hir' isn't perfect (the speed of the who's-on-first-style word-and-action repetition is oftentimes wearying), but the play is sharp, shocking, and really, really funny while also vividly explorative of the depth of human emotions. Mac has crafted a piece that defies labels and categorization. 'Hir' is an audacious, important work that won't be easily forgotten."
Read more

"The writing has such verve and acid wit that it carries us along on contrasting tides of hilarity and anger right to the powerful, if open-ended, finale...'Hir' is hardly a perfectly constructed play - the ending, while gripping, leaves unclear how any of the characters can go forward - but it represents a noted talent striking out in a new direction to considerable effect...Mac's comic fury is more apposite than it at first seems."
Read more