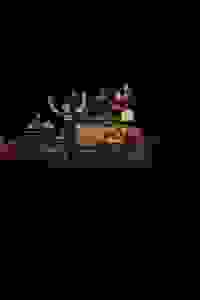 View in admin
How To Be A Rock Critic
NYC: East Village
72
Score it Scored!

How To Be A Rock Critic NYC Reviews and Tickets

This solo play adapts Lester Bangs' writing to chart the life, work, and death of one of the 20th century’s most ground-breaking, risk-taking, pioneering voices. Part of the Public Theater's Under the Radar festival.

Gonzo journalist, America’s greatest rock critic, and inventor of the word “punk,” legendary music writer Lester Bangs was an American icon. Outsized, manic, chaotic, and impossibly creative, Bangs traveled with some of the most mythologized musical figures of the 20th century: The Clash, Bob Marley, Lou Reed­—peeling away the veneer between star and audience and exposing the greats as flawed human beings. As the ragged, rebel ethos of the 70s gave way to the corporate pop of the 80s, Bangs lost the myth he’d built a life around and died of a drug overdose in 1982.

See it if You've read Lester Bangs or Hunter Thompson or Mojo religiously, you love vinyl records, and you've listened to a lot of music.

Don't see it if Graphic verbal depictions of physical and sexual violence disturb you. You don't care about rock music or criticism. Read more

See it if You want to see the opposite of what the creators intended. How to make a fascinating character seem boring.

Don't see it if You don't like looking at your watch in the dark. Certainly there is a book which will bring Lester Bangs to life. This doesn't.

See it if You enjoy one man shows, fascinated with 70's music and Lester Bangs.

Don't see it if You are looking for a good story, with a climax, an arch and is interesting. Read more

See it if You're a fan of punk, proto-punk, rock criticism in general, or Lester Bangs in particular.

Don't see it if You're not, of if depictions of bipolar behavior disturb you. Or if you love the band Styx. Read more

See it if you like Lester Bangs, understand the possibilities of music and language

Don't see it if you don't like Bangs's writing style

See it if Rock and Roll is your religion.

Don't see it if You don't understand why art matters.

See it if You like smart acting, to learn about real people who don’t apologize, if you like to laugh and if you dig music.

See it if See this show if you want to truly delve deep into the psyche of the '60's counterculture and the headspace which birthed punk rock.

Don't see it if Won't be for you if cussin' and hard rock puts you off. Read more

“A surprisingly straightforward solo piece about Lester Bangs...The playwrights, Blank (who also directs) and Jensen (who also stars), have experience in documentary theater, having created ‘The Exonerated’, and it shows...They smoothly incorporate excerpts from Bangs’s writings and anecdotes pulled from various sources...That very smoothness, however, makes the show at odds with the messiness that Bangs seemed to thrive on...Overall the portrait does not coalesce into much of a point.”
Read more

“Blank and Jensen’s tribute to the legendary rock critic Lester Bangs (played by Jensen with shaggy, leaping enthusiasm) gives us a day-in-the-death account of the self-destructive 'Rolling Stone' writer...It’s loving and nicely constructed, and the quotations from Bangs’s writing have a sometimes incantatory power. But it’s also an indictment of the kind of hysterical epiphany-seeking that he and his kind ushered into criticism...Don’t worship anyone, the play cautions.”
Read more

“A unique and moving piece of theatre...Jensen plays Bangs with tenderness and intelligence...Jensen quickly establishes a kind of easy, knowing rapport with the audience. It's the same instantaneous closeness that Bangs presumes with his readers...That the play is hermetic—it’s just Bangs, his records, and the audience—feels germane to its subject.”
Read more

"A portrait of human hedonism that Jensen performs with gusto...As befits a play dealing with a man known to chase painkillers with Romilar, 'How to Be a Rock Critic' is a loosely structured blend of typical biography and gonzo lecture on the ephemeral nature of art and fame...Jensen draws energy from the audience in an appropriately self-indulgent manner...Above all, Jensen and Blank have created a passionate tribute to an important figure whose name is being rapidly lost to time."
Read more

"Based on Bangs' writings, but it never comes close to capturing the rush of his prose...Certain points aren't given the attention needed for us to see the world through its subject's eyes...Jensen is a solidly talented actor, and there is enough of Bangs' go-for-broke sensibility that, for much of its running time, 'How to Be a Rock Critic' provides a singular window on the rock revolution. But if this piece is to have an extended life, it will need a bigger injection of rock and roll."
Read more

“Entertaining and informative production...We utterly appreciate the greatness that was rock music seen through Bangs seminal perceptions and keen understanding...A story-book journey back into rock history. It is always alive and in the moment thanks to Jensen’s acting and Blank’s direction...This must-see production concluded its run...But one would hope that another venue will pick it up in the future. It is that good.”
Read more

“Jensen is addictively watchable...The audience leans in, convinced that Bangs can somehow save us all from an inconsequential life, just as Bangs believed that Rock and Roll can...Where do we put our faith?...The play provides no answers but if it were a score the bassline would be one of intense optimism, the verses a study of obsessive love, and the chorus an ode to pure human desire for connection, all of which leave the audience with a concert high to match any Rock and Roll show.”
Read more

"The uniqueness of Bangs' perceptions is not much in evidence in 'How To Be A Rock Critic,' starring Erik Jensen, who gives a persuasive performance...There are moments that suggest the power of Bangs’ insights...But we are meeting Lester Bangs when he is disillusioned and self-destructing, and about to die...It’s a trajectory with which we’re familiar from the stories of many of the rock stars whom Lester covered; there’s not much new here."
Read more