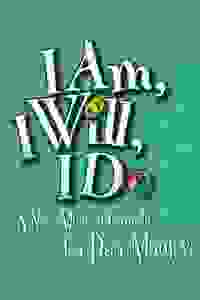 I Am, I Will, I Do (NYMF) NYC Reviews and Tickets

Part of the New York Musical Festival: As three diverse couples struggle to find compromise, this new romantic musical comedy teaches us that perhaps being “outside the norm” is the new normal.

As the owners of Party City Now rebrand their wedding business to embrace marriage equality, Dave, their gay music director, has never felt more alone. Doomed to a life of playing weddings, Dave longs for a love of his own. But when he’s forced to sing a duet with human rights attorney Harris, sparks ignite and hope is born.

This is a Beta Musicals at NYMF. Beta Musicals are new musicals that are further along in their development process than readings, but not produced with all the elements of a full production. Often, Beta Musicals will focus on a few keys elements they are interested in exploring through the NYMF process, such as choreography, puppetry, or specific design components. As Beta Musicals are still in active development, there will be a feedback form available to audiences to share their thoughts.

79
Clever, Cliched, Great singing, Not fully realized, but great start!, Worth seeing the next production

See it if You enjoy musicals, you like a clear story line, you like a great breakout song. And song is sung by the best performer on stage.

Don't see it if You do not like musicals, you like your shows finished and polished. This is a work in progress and looks, sounds, promising.

See it if You love romantic comedies, diverse cast, light-hearted humor, LGBTQQTA2IA (lol... Inside joke). The title song is phenomenal; need it now!!

Don't see it if It's a beta musical; not fully-produced, but, done well enough. I'd definitely check out the finished production. So cute.Must see,but,ended

See it if you enjoy musical theater, love catchy music, & great characters with whom you can totally relate. Perfectly cast - everyone is a real star

Don't see it if a beta production but by far the Best of Fest we've seen. Only reason to stay away (other than it's closed) is if you don't like musicals

See it if you like shows with several love stories going on at once.

See it if are a romantic. Entertaining.

Don't see it if you don't like romantic relationships.

Don't see it if u dont want to enjoy yourself

Don't see it if You prefer big, polished Broadway shows. This one is still working out the kinks

See it if It's so wonderful musical. Music and story were great.

Don't see it if Everyone should see this show.

"The book and lyrics do not employ any new outlook on these tired, generic relationships. There is too much whining, arguing and speculation, not enough character development and plagued with predictable endings...The music provides some pleasant melodies but is not diverse enough to provide interest. The lyrics fair better...At this point the creative team needs to evaluate the content and decide what it wants to be...The foundation is fine but now there needs to be a better blueprint."
Read more