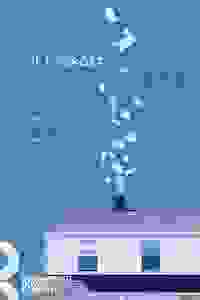 View in admin
If I Forget
NYC: Midtown W
84
Score it Scored!

If I Forget NYC Reviews and Tickets

Roundabout Theatre Company presents Steven Levenson's new drama about the personal politics of family, heritage, and history, and the scars they leave behind. Starring Kate Walsh from 'Grey's Anatomy.'

In the final months before 9/11, liberal Jewish studies professor Michael Fischer has reunited with his two sisters to celebrate their father's 75th birthday. All deeply invested in their own version of family history, the siblings clash over everything from Michael’s controversial scholarly work to the mounting pressures of caring for an ailing parent. As destructive secrets and long-held resentments bubble to the surface, the three negotiate—with biting humor and razor-sharp insight—how much of the past they’re willing to sacrifice for a chance at a new beginning. Written by Steven Levenson (book writer for 'Dear Evan Hansen'), directed by Tony winner Daniel Sullivan, and featuring Tony nominees Maria Dizzia, Larry Bryggman, and Jeremy Shamos.

See it if you enjoy wallowing in the despair of family drama.

Don't see it if enjoy watching a family torture each other.

See it if You want to see a play tackle family issues, but don't mind if it seems like it's been done before.

See it if you haven't really thought about the complexities of judaism before and would like to. Enjoy seeing actors work hard together.

Don't see it if you don't enjoy plays that talk for over two hours but don't bring much new to the table. None of this felt revelatory to me.

See it if you enjoy plays and are Jewish. I found it a bit confusing

Don't see it if you enjoy musicals more

See it if You like plays with families arguing about the holocaust and elder care and making crude remarks. And you don't care if it ends sadly.

Don't see it if You want a comfortable seat or a helpful usher. (The House Managent at the Laura Pels Theatre is disgraceful.) You want a happy ending.

See it if you enjoy family drama and seeing the deep undercuts of religion and the separation from what it means to each person.

Don't see it if you aren't ready for an intense drama discussing anti-Semitism and timely political debate.

See it if You want to see a Thought Provoking Play

Don't see it if You aren't very familiar with the Jewish culture and issues in Israel. I missed a ton of the jokes and didn't fully absorb the message

See it if You're interested in the intricacies of a Jewish family in New York just before the 9/11 attacks. The show is well-acted.

Don't see it if You dislike heavy material regarding race and religion. The show is a bit slow and long and tries to cover more issues than it should.

"'If I Forget' speaks to both the head and the heart...It isn’t perfect. The plot, which turns on a question of real estate, takes its time arriving and mostly hangs around to facilitate debate...Under Daniel Sullivan’s sensitive direction, the ripe interstitial music nudges emotion too obviously and the ending, which shifts the play into magical realism, makes its themes too explicit. But the script and the remarkable actors make you embrace the Fischers."
Read more

"Directed by Daniel Sullivan, who has a gift for raising dialogue to its smartest expression, 'If I Forget' is ambitious and often very funny...Although some of Levenson’s plot twists are contrived, the play is fearless in its confrontation of Jewish self-image before a New York audience that surely includes many Jews...He gives us a lot to talk about, and a play to remember."
Read more

"'If I Forget' can feel overstuffed at times. But it all works beautifully, thanks to the richness of the writing, the superb performances of an ensemble that doesn’t strike a false note and the impeccable direction of Daniel Sullivan...The razor-sharp dialogue makes the two-and-a-half-hour running time fly by...Some of the plot elements are admittedly not fully convincing...But for the most part, the play rings with stunning emotional truth...Each of the actors is outstanding."
Read more

"Sharp and thoroughly touching...Levenson has already proven himself as a craftsman of compelling, poignant drama and his skills serve him well again here...Shamos, Walsh and Dizzia make those family bonds feel authentic...The setting and subjects they tackle really resonate...'If I Forget' succeeds both as a thoughtful family drama filled with wit and as a compelling dissection of the world we live in."
Read more

"The problem with many, if not most, family dramas is that the families are so often hateful. Playwright Steven Levenson avoids that trap...Heritage means a lot to this closely knit family, which is what keeps us engaged in their quarrels...In the tradition of domestic drama, Levenson’s play involves a lot of talk and precious little action. But the talk is surprisingly gripping, especially when one secret after another is teased out of the siblings."
Read more

"Brilliantly staged and at once funny and deeply unsettling...Levenson is such an expansive and gifted writer – and Sullivan so expert at drawing true-to-life performances from an extraordinary cast – that we never feel trapped in a situation comedy...In a stellar cast, Shamos blazes forward; this gifted actor is giving the performance of his career...This is the play of the season so far. I won’t soon forget it."
Read more

"One character’s controversial and incendiary take on the Holocaust and Israel-Palestine conflict makes Levenson's work singular. There are some issues. Credulity strains at times — wouldn’t a professor wait until he has tenure before publishing a surefire hot potato of a book? Just asking. And the plot snowballs in the final stretch. Still, the excellent cast mines every bit of fury and humor. 'If I Forget' is whip-smart, bold and, finally, memorable."
Read more

"A deeply absorbing, issues-oriented family drama that's likely to hit a nerve in both head and heart...Levenson captures the family dynamic with great ease. The dialogue is fluid and intelligent; and he manages to slip in some pointed laughs along the way...And thanks to a flawless ensemble, we're hooked from the very first scene right through to the bitter end...There aren't many plays that can twist your head around 180 degrees. But this one does, and most convincingly."
Read more