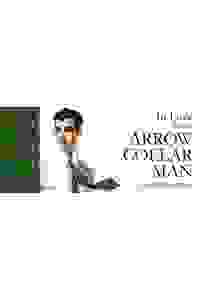 View in admin
In Love With the Arrow Collar Man
NYC: East Village
75
Score it Scored!

In Love With the Arrow Collar Man NYC Reviews and Tickets

This new drama centers on one of 20th-century America’s most influential illustrators, Joseph C. Leyendecker (1874-1951), and his model and life partner, Charles Beach.

The play tells the true story of a gay couple whose life together spanned nearly half a century at a time when such relationships were not supposed to exist.  Leyendecker’s immense popularity was due to his covers for the Saturday Evening Post and the use of his art in advertising – most notably the Arrow Collar Man of the play’s title, for whom Beach was the model. 'In Love With the Arrow Collar Man' also chronicles Leyendecker’s relationships with two fellow artists: his talented but self-destructive brother Frank; and Norman Rockwell, the protégé who would surpass him in fame.

76
Biodrama of pioneering illustrator and model/lover

See it if Scenes from the life and career of the creator of the first image with sex appeal used to sell products. Framed by a lecture.

See it if you're interested in LGBT history - and the role of a little-known same-sex relationship in early 20th century American art and commerce.

Don't see it if you want a top-notch production. Truly *fascinating* story, it deserves better story-telling. The tale holds interest quite well, though.