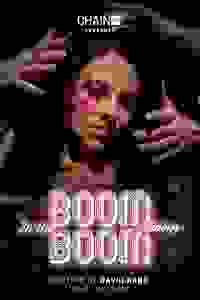 In the Boom Boom Room NYC Reviews and Tickets

Chain Theatre revives David Rabe's 1972 drama about a go-go dancer searching for love and beauty against a backdrop of nihilistic hedonism.

Chrissy has visions of a career as a dancer. She finds herself in The Boom Boom Room, a disco/bar in Philadelphia meant to be her first step on the road to a better life. Instead, she must fight to defend her dream and keep her anger in check amid the sex and stimulation that surround her, the psychological residue of her parents’ betrayals, and the bizarre pack of suitors who follow her. Chrissy careens from the seductive mistress of ceremonies at The Boom Boom Room, to the earnestly friendly gay man next door, to a brutally passionate lover.

See it if Solid, all-in performances are enough; a well if thinly written, unresolved period piece showing a darker side of the not yet feminist 70's.

Don't see it if You cringe at domestic violence, racist language or the objectification of women — or a girl's unrelenting downhill spiral of poor choices. Read more

See it if you want to be immersed in 70's ideals. great acting, well written, enjoyable 2 hours

See it if you are a fan of David Rabe or are interested in a show that deals with racial and gender bias found in the norms and opinions of the 70s.

Don't see it if you're offended by racial slurs, obscenities, or displays of physical violence, or you don't want to see a show about the unenlightened 70s.

Don't see it if If you want something light and fluffy

Don't see it if You want to see a production with great acting in this difficult, brilliant play Read more

See it if You like to go on an emotional roller coaster journey and be exposed to a raw unchanging world.

Don't see it if You want a light breezy show with the ending tied up in a nice neat bow.

See it if you enjoy challenging theatre. If you like theatre that requires intelligence.

Don't see it if you prefer PG films. This is not for the meek or mild.

See it if You are ready for an intense night of David Rabe's work. A very relevant, dark, humorous production with a new concept

Don't see it if Just a heads up for parents, there is adult themes and language in this show that may not be suitable for all ages.

“A raw, uneven revival with a standout lead…Chrissy is often a difficult character to understand or be engaged by…Chrissy's parents remain inscrutable, especially in the overly long second act…There are too many scenes with Chrissy's parents that don't add much...The play makes for a time capsule of sorts…It’s a polarizing show that won’t be to everyone’s tastes, but it’s a chance to see a Rabe play that gets far less attention than his other works, and features a lead actress worth watching.”
Read more

“Unfortunately, it doesn’t hold up as well—it’s relatively flat and lacks insight by today’s standards—as the other works, not to mention its tendency to meander. A healthy dose of editing and more lively acting would have been vastly improved this production. Either way, given the drastic changes in American culture since this play’s debut, and its lack of current relevance, it’s no surprise this play is seldom performed.”
Read more

"This hardscrabble production packs a wallop that sneaks up on you...The play drags at times and is too long at more than two and a half hours; in addition, the story is a familiar one, yet Rabe’s incisive writing, Greg Cicchino’s steady direction, and the solid ensemble’s intimacy make for an appealing production...A potent reminder that as a society, we might not have come nearly as far as we thought."
Read more

"A piercing look at a society dangerously close to our own lives...'In the Boom Room' is a rough watch...Probably one of the only, if not one of the best, off-Broadway plays, currently, approaching the topic of child sex abuse...Nina Kassa’s Chrissy is a giant highlight...Director Cicchino has set up the play to never lose a sense of eeriness and inner lostness, just like Chrissy...'In the Boom Boom Room' is constantly approaching the confusion of being human, especially after so much trauma."
Read more

"This is the worst play I have seen in my entire life...It is pointless and harmful to continue producing 'In the Boom Boom Room,' written in 1973...Unbearably vulgar, suffocating and vile. If you are feeding your audience heavy sexist, racist and perverted bullshit, you need to have some sort of relief from it, whether it’s in the plot itself or done through stylization...Add to that inarticulate direction and sloppy acting and you get a formula for a theatrical failure and a ruined night."
Read more

"Rabe writes in an organic, raging style seldom found among today’s playwrights...Director Cicchino attempts, with mixed results, to get inside Rabe’s musicality...Kassa provides the show with a strong emotional core...When it’s cooking, the production succeeds in bringing to life the script’s odd blend of social satire and personal tragedy...Unfortunately, not all of ‘In The Boom Boom Room’ lands with the same surety...Something of the momentum gets lost in all the hurlyburly."
Read more