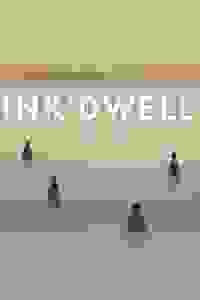 A woman is haunted by a ghost story while investigating the strange death of her brother.

Kendra comes back to her childhood home on Martha’s Vineyard upon learning of her brother's death in a terrible accident.

While seeking answers about his passing, she finds herself tormented by a childhood ghost story. As the mystery behind her brother's death reveals itself, Kendra discovers that he was held down by much more than she had known.

The ghost story, along with her grieving, begins to affect her relationship with her family as well as to the sea itself.

See it if With some work outs this can be a really good show. Good direction for the most part and same for writing.

Don't see it if To long of a show wo/ an intermission. Gets slow and sloppy at points. Early yet so it may be rewritten.

Don't see it if Death and suicide and family dysfunction can trigger you. Some of this…is slow getting there…but once you do is pretty raw. Read more

See it if you like good drama among family members on a small stage with useful sound and lighting to change scenes.

Don't see it if you have trouble hearing soft voices or difficulty sitting in a tight seat for nearly two hours in a warm theater. Read more

See it if you like a well acted play with an unusual storyline. The stage is very small but used effectively. Sometimes the plot gets confusing.

See it if Beautifully told family drama about a grieving family dealing with the loss of a favorite son. Excellent acting & great staging.

Don't see it if If you prefer an upbeat play, then skip this one.

See it if Family trying to make sense of the death of a loved one under murky circumstances. Questions, recriminations, guilt, acceptance. Interesting

Don't see it if Very slow start but gets better as it goes along. Some scenes go on far too long. Would benefit from some cuts. Read more

See it if into a portrait of a family dealing with a tragedy - slowly drawn.

Don't see it if well - the first half was too slow; the performers seemed to be "acting" instead of getting to the story we were eager to identify. Read more

See it if You want a well acted but slow play about family dynamics and grieving...a bit slow at times.

Don't see it if This play needs to be cut...150 minutes without an intermission...90 minutes would have been just right...small venue.

“Adams gets bogged down in a) maudlin scenes of mourning that do nothing to advance the action and b) a laundry list of metaphors (swimming/drowning, the slave trade, a mythical sea witch) designed to illustrate her theme. Meanwhile, she leaves her characters starved of specificity.”
Read more

"Under the direction of Tabatha Gayle, the cast overall is quite excellent."
Read more