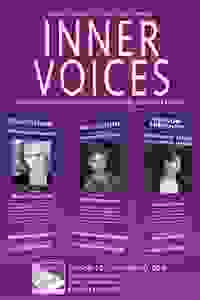 "Scaffolding," with words and music by Tony Award nominee Jeff Blumenkrantz. Broadway veteran and Tony Award nominee Rebecca Luker stars in this musical that finds a single mom’s relationship with her brilliant only child tested when he interviews for the college of his choice.

"The Costume," with words and music by Daniel Zaitchik. Newcomer Finn Douglas ("School of Rock") stars in this musical that finds 10-year old Leo on Halloween 1954 given the unexpected task of caring for an injured bird overnight.

"Window Treatment," with words by Deborah Zoe Laufer and music by Daniel Green. Broadway’s Farah Alvin is set to star in this musical that finds a lonely New Yorker planning her future with a stranger across the courtyard.

Don't see it if You are not interested in small chamber music style pieces with solo actors. You are looking for more conflict & less introspection.

See it if Each performer was incredible in their own way. I enjoyed the format of three 40 minute pieces with an intermission between each.

Don't see it if Not the usual musical, not songs but solo sung-through performances. Pared-down, simple sets, but such intense performances! Read more

See it if Inner Voices is the place to go for the dose of emotional reality you can't find easily anywhere else. The three pieces were tender.

Don't see it if If you need to avoid real-life situations that may be uncomfortable to know about, much less witness, stay home. I won't miss this next time

See it if you want to see three wonderful solo mini-musicals. Each one was a complete little story, beautifully performed.

Don't see it if you need big. Each bare-bones piece with little musical accompaniment was just perfect. Read more

See it if you'd be open to 3 completely sung-thru 1-Act monologues. Didn't think I could handle it, even w/2 intm. Left me dazed, amazed & fulfilled.

See it if like one character musicals and you want to see a trio of new ones one after the other.

Don't see it if you don't like one act one characters shows or shows that are almost completely sung.

See it if You like musicals and want to see one act musicals by emerging artists. You like Rebecca Luker.

Don't see it if You want one continuous story - this is an evening of 3 40-minute one acts. Read more

See it if you enjoy exciting new musicals and enthralling solo performances. All 3 pieces/performances were strong. Luker and Alvin were spectacular!

Don't see it if you don't like new works/solo shows. This year's selections were impressive. I can't wait to see what's next for these shows/this series.

"If a trilogy of solo one-act musicals sounds like a threat of art-song preciousness, rest assured: The minidramas in this year's edition of Inner Voices, the biennial showcase mounted by Premieres, tell compelling stories—or at least, two of them do. The disappointment is the collection's third piece, despite the marquee names attached to it...In the anthology's opening musical, 'Window Treatment,' vocal powerhouse Farah Alvin has a much clearer 'you' to address."
Read more

“Douglas holds the audience in his tiny palm...in ‘The Costume’, the highlight of this edition of Inner Voices...This is an extraordinary little piece...with a sensibility that recalls the writing of Carson McCullers or Harper Lee...Douglas is word-perfect, unaffected, and so emotionally transparent in his handling of Zaitchik's lovely music and words that one can't look away...The other two pieces...aren't quite as accomplished...but there's so much talent onboard.”
Read more

"The monologues are set to music and it’s cumulatively pleasing...As his own lyricist, Jeff Blumenkrantz’s affective narrative has momentum, true to life specificity and the words are crafted into distinct song-like sections...The magnetic child performer Finn Douglas is amazing as Leo...The personable Farah Alvin deserves great credit for her stamina during 45-minutes of virtual non-stop singing but she doesn’t possess the requisite exuberant comic qualities to put the show over."
Read more

"All three works light up with abundant talents...but only one story feels fully at home...That one is 'Window Treatment,' a firecracker of a musical...'The Costume' centers around a 10-year-old boy charged by his next-door neighbor with nursing a wounded pigeon...‘Scaffolding’ offers yet another story about a person on the autism spectrum that’s entirely from someone else’s point of view...'Inner Voices' provides a fascinating look at how different stories can be told."
Read more

“Difficult-to-sing but powerfully expressive music…designed not to make you hum it but to support the emotional underpinnings of the lines. Everything is pulled together by gem-like performances and perceptive direction. Add to this Reid Thompson's elegantly simple settings, Aaron Spivey's exquisite lighting, and Brooke Cohen Brown's just-right costuming, and you're in for an unusual treat…A melodically enchanting, intriguingly written, and shiningly polished trilogy of musical theatre jewels.”
Read more

"Each unique story is linked thematically to the other in its exploration of loneliness and isolation, in compelling performances that range from delicate to dangerous...Each musical is deeply thoughtful and simply wrought. The performances lack the cloying self-consciousness that diminishes the quality of many a show...None of the theatrical elements...gets in the way of the story. Each character breaks your heart...as they inspire our compassion and empathy.”
Read more

"Will again hauntingly touch your heart and take you to places that will absorb your soul and reach you in different ways...'The Costume,' stole my heart and touched me in ways I hadn’t expected...This year the pieces are long and could use some cutting, the performances first rate, but each show will affect you."
Read more

"'Window Treatment'...Words are darkly amusing and resonant, wandering music contemporary operetta...Variety is imaginative. It works. Timing is deft...'The Costume'...This is adroitly written, tender, and real...Music is so symbiotic, one hardly notices it as something separate...'Scaffolding'...The play’s emotional arc is skillfully created...Director Victoria Clark, who has taken on this subject before, offers a strong, smart, contemporary woman as grounded as her son is adrift."
Read more