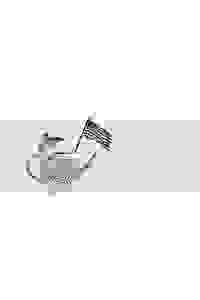 Instructions for American Servicemen in Britain NYC Reviews and Tickets

In this new comedy, it’s 1942, and a horde of Yankee servicemen have just arrived in England where the locals speak a strange dialect, boil all their food, and talk endlessly about the weather.

The Americans see the Brits as a strange race. Get ready to judge for yourself in a night of joyous laughter and downright silliness as a crack team of experts attempt to explain the rules of British life. A rib-tickling show for all ages.

See it if you're an Anglophile [You'll find the humour/humor underneath the mostly unfunny presentation]; u don't mind awkward audience participation.

Don't see it if you expect Python-esque laughs from one of the self-proclaimed "top sketch groups in the UK", working w/material that is ripe for parody. Read more

See it if Brits Off-B'way entry. Three fish out of water with Yank accents follow directives to highlight the deep Stateside divide between cultures.

Don't see it if Don't poke (fun at) the Yanks (animals) in cages at the zoo. Writers as actors. Skit-worthy. Audience participation. Broad.

"A hilarious and inventive play...See it while you can!...The three-person cast is remarkable with their spirited presentations and comedic talents...These three actors master the play's quick, witty dialogue and quirky characters. Audiences will love the absurd moments...There's even a bit of audience participation...A rare theatrical treat."
Read more

"Some gags amuse, others are groaners, and still others fall into the what-were-they-thinking category. Also, the fun depends on a great deal of audience participation; if humorous interaction with actors makes you break out in hives -- yes, I'm holding up my hand -- this is one to avoid like the plague...Walton's direction keeps things moving, but did no one consider that two hours-plus might be a tad excessive for this kind of sketch-comedy frivolity."
Read more

"In the intervening eight decades, the Bodleian publication has undoubtedly been ripe for spoofing, but, let’s face it, less so as time has passed. But perhaps even in 2019 a send-up treatment could provide a keg of laughs. If so, Messrs. March, Millard Sheahan, and Walton are apparently not the ones to do it. They’ve imagined a series of revue-type routines that tickle the elusive funny bone only at scattered moments but are far more often strained."
Read more

“It’s one thing to emulate Monty Python, another to rip them off, as do the creators of this prolonged skit, very loosely – and louchely...As these two ugly Americans relentlessly troll for cheap laughs, there seems to be no acknowledgment on the part of the writing team...Only the third writer/performer manages to wrest a smidgen of palatable humor from the proceedings, via a chalkboard lecture on the English monetary system and a comparable intro to cricket.”
Read more

"It's hard to imagine a more likeable play than 'Instructions for American Servicemen in Britain'. That is not damning with faint praise. It's merely the truth. Likability is in short supply nowadays and the three playwright/performers who created this comedy, based on an actual pamphlet handed to Americans during World War II, have spun the dry, inadvertently funny, official publication into a delightfully involving charmer. (Copies of the actual pamphlet are available in the lobby.)"
Read more

"The cast of three, who co-wrote the show with their director, John Walton, come from the world of sketch comedy, and it shows. The play feels like 'Monty Python' had a baby with all the bits that go on way too long on 'Saturday Night Live.' Though its gags aren't especially original, some of them still produce giggles...If you're game for jokes about Marmite and cricket and want to get in on the cultural-stereotype action, tally-ho!"
Read more

"A baloney-filled, rollicking comedy that has all the inherent hilarity of poking fun at cultural differences...This high-spirited night ended when the men showed us, the troops, how Brits relaxed, through Morris Dancing, a version of the Hokie Pokey with hankies. This fun-filled show was able to capture the humor of the Brits with a nod to the tribulations of war."
Read more

"The show draws its tepid lifeblood from a 1942 booklet that was distributed by the American War Office to GIs serving overseas...The mood is not so much World War II cabaret as it is Saturday night at the nursing home...With John Walton’s keep-em-moving direction and Mr. March’s clown foolery, all moments of subtlety are decidedly missing in action."
Read more

"Essentially a sequence of rapid-fire sketches that allow the actors to play not just their principal characters but several others as well. It shows their considerably versatile skills at physical humor, mugging, accents (American as well as various British ones), and timing. Even the insertions of broadly obvious cross-dressing are done with music hall perfection…Two hours and 10 minutes…is generally far too long for a slender show like this, and is probably its biggest drawback."
Read more

"The comedic play is a fascinating bit of history. It reveals the cultural divide between America and Britain and pointed differences in words, coinage, foods, phrases, social graces, sports, class system, and much more...Millard’s superb interplay essentially sets the tone and exuberance of the production which carries through to the second act...I found this to be a vital production, not only in its humorous approach and clever writing and acting but also in the important themes."
Read more

“Less a play than a boisterous entertainment...The three actors are game for the silliness, and they play broadly, with a good deal of blithering and dithering. The satire, too, is evenhanded, and one can imagine that it plays just as well in front of a British audience. The only drawback is that the actors work awfully hard at the comedy, and gradually fatigue sets in...If you like your comedy deftly warmed-over, 'Instructions for American Servicemen' is a tasty show."
Read more

“Espoir is dedicated to creating works that connect with the audience, and connect it does...The show is non stop laughs...The three actors play multiple roles and all three do a brilliant job of that. Walton's direction kept this comedy moving at a fast pace all evening. Reminiscent of the Ridiculous Theater Company, this spoof bordered on the absurd...’Instructions’ is the kind of show that will keep you laughing long after you've seen it.”
Read more

“The play is heavy-handed on the stereotypes but genuinely funny...The performers are witty and absurdly engaging in portraying their characters' national pride, even at the cost of coming up with ridiculous and carefully expressed insults in order to belittle the others...Walton's direction ties the production together...but it is the bold chemistry among the three actors that makes the show a successful comedy which transcends its stereotypes.”
Read more

“Briskly paced theatrical adaption...This production could fall under the banner of ‘immersive’ theatre...The narrative...gets slightly ridiculous, albeit from a twenty-first century perspective, and the show technically keeps it clean but subliminally and cleverly gets risqué..Occasionally, the jokes are relevant to the current...On and on the show proceeds, faster and faster, increasingly over-the-top but gloriously hilarious. A witty and whimsical production.”
Read more

“Performed with infectious energy by three actors who are so likeable they almost defy you not to enjoy yourself...The humour is broad and embraces slapstick, word play, sit-com and that bedrock of male comedy...But it's also a fascinating snapshot of how weird and insular we used to be before American TV homogenised the western world into a reflection of itself...A good natured warm hearted type of comedy that gently hits its target with affection and respect.”
Read more

“The comedy trio perform this comedic presentation with ridiculous witticisms, idiotic imaginations, and a wonderful on-stage dynamic...At times the content seems to be mocking the American soldiers’ naivety or ignorance, but doesn’t come off as offensive as the focus of the show always comes back to how ridiculous the British culture is...A very funny and enjoyable interactive evening, this show is definitely one to see.”
Read more

“This glorious crash course on Britishness does more than the advertised tickling of the ribs. It induces a helpless laughter that almost incapacitates the audience...Espoir and the sketch-comedy trio of the Real MacGuffins have their roots in the Edinburgh Fringe. They’re wholly idiotic...The convoluted lecture on British currency is a comic highlight...An energetic, on-your-feet conclusion brings tears to the eyes, and the audience is still laughing on the way out.”
Read more