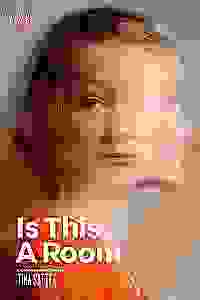 View in admin
Is This A Room
NYC: Gramercy
79
Score it Scored!

Is This A Room NYC Reviews and Tickets

A true story, still unfolding. June 3, 2017. A 25-year-old former Air Force linguist named Reality Winner is surprised at her home by the FBI, interrogated, and then charged with leaking evidence of Russian interference in U.S elections. Reality remains in jail with a record-breaking sentence. The FBI transcript of her interrogation is the heart of IS THIS A ROOM, conceived as a play and directed by Obie Award-winner Tina Satter, in which an extraordinary human drama unfolds between the complex and witty Reality (Emily Davis), and the agents who question her. As Reality’s autonomy shrinks before her eyes, a simmering real-life thriller emerges, asking what it is to have honor in this American moment, and how the personal can reverberate globally.

See it if A play about the FBI and how they interrogate. Deals with Russian foreign interference.From Coney to McCabe we see how criminal the fbi is

Don't see it if If you dont like political drama.

See it if You have any interest in current political affairs. What on its face seems like an FBI story is most definitely one of politics.

Don't see it if Your stomach can’t take another example of proof positive that we have an orange criminal sitting in the White House.

See it if you want to hear, verbatim, the FBI interrogn of RWinner. My stomach was in knots. Emily Davis is terrific (deserves a solo curtain call!)

See it if you like real-life situations-this one with disturbing professionals, portrayed by good actors, working unscrupulously. Good sound & lights.

Don't see it if you don't like characters talking over each other & acting to "script" that is constantly distracting. Difficult hearing all due 2 side seat

See it if You are fascinated by interrogations. This is an actual one but staged.. and done well.

Don't see it if You prefer musicals or narrative plays.

See it if Verbatim transcript turned into a stunning play. FBI agents do an exquisite job of interrogation. Great characterizations & mastery of text.

Don't see it if You won't enjoy a revealing nonfiction work -- the agents care about RW's pets to gain her trust, while trapping her into lies. Read more

See it if the overlapping of reality and drama draws you. It is unlike anything else, breathtaking.

Don't see it if you prefer light theatricals. I have never been so uncomfortable at a performance which is a tribute to how very well done this piece is

See it if like true stories: here a transcript of an actual FBI interview, want to know more about Reality Winner & FBI's manipulative questioning

Don't see it if you want an evening of character development & closure, easily aggravated by FBI mis-behavior, care for pets, don't care about Ms. Winner

4/5 Stars "The production smartly balances vérité and stylization, offering its own interrogation of the event…But 'Is This A Room' has a movingly human presence at its core. Davis gives a performance of heart-wrenching rawness and lucidity."
Read more

"When I learned that the show would move to the Vineyard for a longer engagement, I was thrilled to see it again—it contains one of my favorite pieces of performance ever. Pencils down, voting over."
Read more

"Is This a Room Dramatizes the Interrogation of NSA Leaker Reality Winner: Tina Satter's new play exposes the weight of body language in exercises of power."
Read more

"Seeing Winner -- an achingly vulnerable Emily Davis -- struggle to make small talk with these strangers, who shuttle between chatty repartee and veiled threats -- is an authentic white-knuckle experience."
Read more

4/5 Stars "A stark and striking new work of documentary theater, a sharp slice of real life that gives audiences something current and substantial to chew over afterwards."
Read more

"The second problem is that since it is a transcript it is not very dramatic, going back over the same material again and again, trying to catch Winner out or be careful to cover all legal bases. The dialogue remains mundane for most of the performance."
Read more