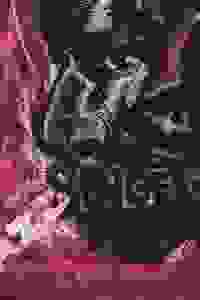 jazz singer is a theatrical exhumation of the first feature-length “sound film” The Jazz Singer, reinterpreted by Joshua William Gelb and Nehemiah Luckett. Set on the Lower East Side, the 1927 film tells the story of a “jazz crooner” forced to choose between his immigrant Jewish heritage and his aspirations to become a Broadway star. Though the film is historically significant for its integration of synchronized sound, it is also remembered for its controversial use of blackface. Gelb and Luckett’s musical rendering offers a contemporary take on a distinctly U.S. American story, one that interrogates appropriation, assimilation, atonement, and whether escape from the specter of blackface is possible.

See it if you find meaning in classics even if they’re grossly inappropriate now. Smart, investigative show that weighs homage w/ critical thinking.

Don't see it if you want permission to excuse or celebrate blackface. You dislike actors playing themselves & competing perspectives in multiple timeframes. Read more

Don't see it if you want a straight forward narrative, or don't want to be challenged to think outside the box Read more

Don't see it if You aren't interested in jazz or the movie The Jazz Singer and want to see a play with a traditional, linear style.

See it if you enjoy seeing non-traditional theater "adapted" from the film The Jazz Singer.

Don't see it if you want to see a traditional musical or play. Read more

Don't see it if you need a clear plot outline

See it if you want something unconventional and different; like thought-provoking analysis of the black and the Jewish experience

Don't see it if you don't like live and old-timey recorded jazz music! Or need something linear and easy to follow Read more

Don't see it if you expect swingy jazz music. It's good music but you don't get swing.

See it if You are interested in film history and issues concerning race. You don't mind a bit of a mishmash as long as it's interesting.

Don't see it if you want a rigorously worked show that integrates its perspectives into something meaningful. you are seeking a deeply emotional experinece

"‘jazz singer’ Looks to Complicate a Film’s Fraught History: A director and a composer play versions of themselves in a fascinating but frustrating reconsideration of a movie infamous for its use of blackface."
Read more