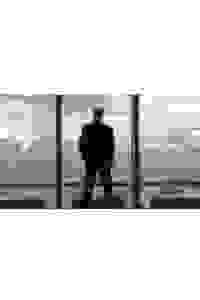 'Judas' follows the titular biblical figure as he struggles with what to believe and who to follow. Robert Patrick has long held that this modern-dress battle of wills is his best work.

In Patrick’s version of ‘the greatest story ever told,’ Mary is the political revolutionary mother of a reluctant pacifist 30-year-old prophet; Pilate is the urbane, witty and reasonable Prefect of the Roman Province of Judea, and Judas is a young man who is a disciple of Jesus of Nazareth and the protégé of Pontius Pilate.

See it if a political exploration of the Christ story interests you. The projected set is gorgeous. The actors do a good job with difficult material

Don't see it if long philosophical dialogs put you to sleep. Not that a quick nap matters since you know the ending!

See it if You are interested in bliblical stories. My best friend is religious, but, he was actually disappointed in this.

"Without an actor capable of handling these rhetorical flights, 'Judas' would probably have become a long slog...But Craig Smith is just the man for the job...Smith's production is fairly solid...'Judas' is an expansive play, rather old-fashioned in its structure, which proceeds more by argument than by action. At times, it threatens to lose focus and some scenes are better written than others. But the argument is provocative, and the questions linger."
Read more

"A dynamic revival...With a contemporary sensibility, Patrick dramatizes the familiar situations with simplicity, lively dialogue and tasteful irreverence...There is also excessive philosophical speechifying during some long-winded debates but these static Shavian bits are offset by the superior production and strong performances...Smith's staging exhibits a superb command of stagecraft. Everything flows fluidly and aesthetically."
Read more

"This exceedingly earnest but unremarkable production is not likely to cause a Robert Patrick renaissance...There is not a great deal that challenges expectations or brings anything new to what already has been presented in countless other depictions of the Judas narrative...The material cries out for radical treatment in the current contentious atmosphere...The actors are generally strong and do their best to enliven some of the ponderous scenes."
Read more