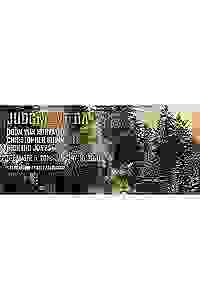 Director Richard Jones returns to the Armory with this rarely-performed 1937 moral drama in a new adaptation by Pulitzer Prize finalist and Obie Award-winning playwright Christopher Shinn.

Having dazzled Armory audiences and critics alike with his mesmerizing revival of The Hairy Ape in 2017, visionary director Richard Jones returns to take on this gripping play in a new adaptation by Pulitzer Prize finalist and Obie Award®-winning playwright Christopher Shinn. Judgment Day dramatically plays on the interior of the Wade Thompson Drill Hall—reminiscent of the original Grand Central Depot and the great train stations of Europe—as an immersive environment in which the characters become overcome by the burden of guilt.

Don't see it if It drags at times but mostly briefly.

See it if You enjoy large scale productions. The staging is really great and so are the performances. Good story w/ some dramatic scenes.

Don't see it if You aren't looking for drama and prefer something light.

See it if If you like a entertaining story and a huge production. Fantastic lighting and sound effects. Well acted show.

Don't see it if If you do not like big production plays.

See it if you want a story experience on massive sets in a huge space over 7 scenes in 90 minutes that are wonderfully lit with excellent sound.

Don't see it if you want something light - this is heavy on morality subjects with many thought provoking issues that we have in today's world.

Don't see it if the ponderous predictably & illogic of grand opera w/o the justification of magnificent vocal music fails to appeal. Stiff performances, too

See it if chance to see rare production staged in huge space, interested in von Horvath & issues of guilt & blame, to see the power of the mob,

Don't see it if not a fan of loud noises, huge sets being slowly dragged across theater, people lost among the sets, don't like stories of infidelity, guilt

See it if you want to see a taut, intense, powerful morality/cautionary tale about truth, guilt, loyalty & mob mentality, staged on an epic scale.

Don't see it if u want a subtle, intimate, small-scale production; u want to avoid another wake-up call about the effects of absolutism/"fake news"/mob rule

See it if cutting edge scenography or a brilliant script by an important 20th century playwright who is little staged here would interest you.

Don't see it if you’re looking for an intimate drama: This staging goes as high as the sky & across a broad horizon. Read more

"At the Armory, 'Judgment Day' Shows Its Cast No Mercy"
Read more

"A small play in an oversize production that dilutes any ripple effect the fable might have in 2019. One could imagine it being just as effective at Classic Stage Company or the BAM Harvey."
Read more

"If the setting of 'Judgment Day' feels slightly unusual, its tone is strikingly similar to the work of such vintage directors as Fritz Lang, Robert Siodmak, and Billy Wilder, all of them Germans who fled the Nazi regime to become masters of the Hollywood film noir."
Read more

4/5 Stars. "When ostensible autocratic leaders appear to be emerging in growing numbers today, it seems as if von Horváth's work has a potent relevance to a swelling contemporary plight."
Read more