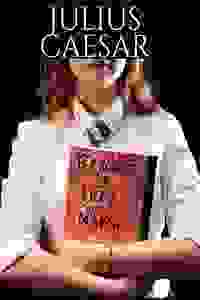 Shakespeare's epic tale of jealousy and betrayal is re-imagined as a modern-day coming-of-age story in Pocket Universe's all-female production. More…

The Bard's play is reset in an all-girls high school where psychological warfare is unyielding. Six young women portray all the roles in this tragedy, which follows a group of teenagers through their first taste of power, the desire to seize it, and the life and death battle to keep it.

Don't see it if you get confused by multiple role casting. Best to brush up on JC beforehand. In the intimate setting, you'll hear every well-spoken word.

Also What an exciting night! In a barebones (in-the-round) setting, Julius Caesar came to life. I'm glad I recently saw the Public's version, so I knew which characters were speaking.

See it if You enjoy non-traditional interpretations of Shakespeare. You want a classic play performed by a company of classically trained actors.

Don't see it if You're unfamiliar w/the play:all actors play at least 2 roles, some right after the other w/few changes, so it can be confusing.

See it if You want a bold and innovative presentation showing the dangers of self-absorption, following, and delusion

Don't see it if "walk-up" apartment is only something you can only imagine on the BIG Bang Theory and the Honeymooners.

See it if You have a friend in the cast. You want to support small theatre. You enjoy engaging stage pictures.

Don't see it if You hate background noise (thumps from the ceiling 50% of show). Want consistent quality. Get confused by actors playing multiple characters

See it if well acted Shakespeare, done very by the 6 women. fun staging and movement

Don't see it if you don't know the story very well; may be hard to keep track of differetn characters

See it if If you know your sheakspeare

Don't see it if You want an modernized version

See it if You want a fresh take on Shakespeare. Setting Julius Caesar in a girl's school made for some beautiful moments. Cassius was excellent.

Don't see it if You want your Shakespeare in traditional dress and settings. There were no battle scenes.

See it if You like unique place settings for Shakespeare

See it if you like different interpretations of Shakespeare, while still keeping with and understanding the original point of the play.

Don't see it if you disagree with any, even minuscule changes to the script.

See it if are familiar with and enjoy julius caeser. The cast is enjoyable and enthusiastic.

Don't see it if you are wanting a modern day production through young girls. It wasnt really modernized very well.

See it if you know the play well, you would like a new interpretation, you enjoy seeing excellent women actors playing all parts.

Don't see it if you don't like Shakespeare and/or don't know the play. If you are cautious about new interpretations of a classic.

Also Very interesting staging and concept, however the concept (taking place among girl's school students) somewhat falls apart during the war. Some of the acting is wonderful and it was great to hear women speaking those wonderful speeches.... Read more Read less

Don't see it if close up theater is not your thing

See it if You like brilliantly acted, interestingly staged twists on Shakespeare.

Don't see it if You want a big-budget production; you're bothered by slightly confusing stage direction (e.g. wasn't always clear if characters were dead)

See it if Mean Girls meets Shakespeare; great take. The staging was creative and worked well. The acting was terrific.

Don't see it if if you are not familiar with the play. 6 actors (all female) play every parts and can be confusing. Theater is a 4th floor walk up and warm

Don't see it if Are rigid and have no imagination

See it if you're open to not only a modern interpretation of Shakespeare, but a clever and very stylized event.

Don't see it if You don't like looking at audience members, audience interaction, or hearing girls talk about "girls".

Also If the Caeser in the Park this year wasn't your bag, maybe this will be. It's a bold take, in which most thing worked. Sometimes the intensity was lost when life or death stakes were taken out of it (until they weren't?). But, hey, I was never a high school girl, so maybe that's not for me to know.

Most of the faults (dear Brutus), I think are with the play itself, but for some reason I thought this take on it might be able to smooth some of those over. The acting overall is great, but sometimes character relationships (or even who's playing whom) could have been clearer.

See it if You like Shakespeare with a twist.

Don't see it if You don't want to do a four floor walk up to a hot theater.

See it if you like a fresh take on Shakespeare, intelligent women, and clever staging.

Don't see it if you don't like Shakespeare, strong females, or seeing other audience members (theatre in the round)

Also I really liked the creative staging and school-girl style props and costumes. If you don't know the story, the frequent change of characters can get somewhat confusing.... Read more Read less

See it if You're interested in a quirky feminist version of Shakespeare with very talented young actors.

Don't see it if You're not really into shakespeare but think this setting will help you understand it any better.

See it if you are a Shakespeare fan and want to see an experimental retelling of Julius Caesar (and the acting was excellent! Cassius was AMAZING!)

Don't see it if you don't like smaller, indie theater, or want to easily follow every last detail. Some character switches was a bit confusing at first.

See it if you like modern Shakespeare adaptations, you want to see a strong all female cast

Also This was an entertaining production if a little uneven.

The staging was bold and clever. But sometimes the actresses would switch to another character, and it wasn't made clear enough that she was playing a different character (either from her physicality or the staging), and it got confusing.

And while I liked the fact that the adaptation was all female, they didn't change all the pronouns in the text? "Man" became "girl", but there were still "his" and "my lord"s all over the place, which was strange.

Also (semi spoiler?) Portia and Calpurnia were Brutus and Caear's "friends" and it was weird. Having them say "as your dear friend" instead of "wife" didn't carry the same punch; everyone in the play was close friends, so losing the romantic angle to differentiate that didn't quite work. Couldn't at least one of them have been a lesbian couple?

Overall though, I enjoyed this show. This was a strong, creative, and confident production featuring 6 talented actresses.

See it if if you're looking for Shakespeare in an all-women cast, with all around strong performances then yes, just go see this

Also in many ways it still felt like a draft:
the acting was great; the stage design simple but effective
also, having the stage in the center of the room was interesting - quite powerful

was expecting the text to be altered with more [ the only edits I could catch were using "girls" to refer to one another, although "sir" etc would still slip in ]
-- either interruptions to introduce reimagined backstories of the characters; or even playing with the names a bit

See it if You're looking for a faithful all-female production of Julius Caesar with great acting.

Don't see it if You're looking for a reinterpretation of Julius Caesar that goes far beyond the source material. The text is followed too closely.

"It’s eye-opening to see this 'Julius Caesar' play out among rival teens in skirts and pigtails instead of polished politicians in Brooks Brothers...Young’s staging is particularly novel and creative...While Wolf as Cassius stood out most for her strong acting, it was Young’s innovation that prov...
read more
Get Alerts Alerts On Alerts Off
“You’re going to be hard-pressed to find a more unique, inventive staging of Shakespeare's political drama…‘Julius Caesar’ has never been so potent, so moving, or so riveting. A cast as versatile and inventive as is this new staging certainly helps…When a production is so riveting that I have to ...
read more
Get Alerts Alerts On Alerts Off
“An interesting concept, though it isn’t particularly interesting to watch. Yet, the actresses are talented and have many intriguing and engaging moments…All of them deliver Shakespeare clearly and passionately…Each actress plays more than one role, and unfortunately, the clarity of who is playin...
read more
Get Alerts Alerts On Alerts Off

Pocket Universe
Producer
Get Alerts Alerts On Alerts Off 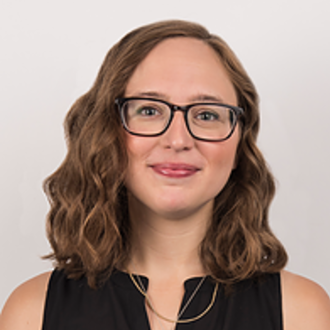 Katie Young
Director
Get Alerts Alerts On Alerts Off 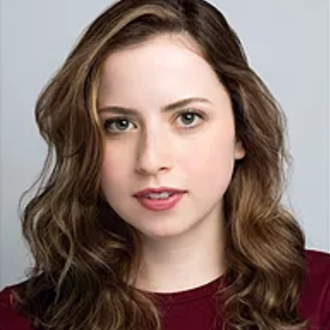 Alyssa May Gold
Brutus
Get Alerts Alerts On Alerts Off 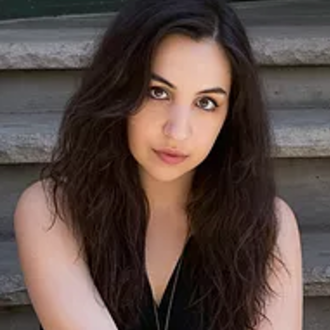 Dea Julien
Julius Caesar
Get Alerts Alerts On Alerts Off 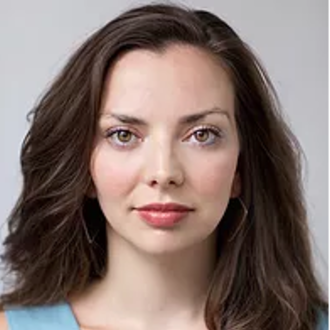 Violeta Picayo
Mark Antony
Get Alerts Alerts On Alerts Off 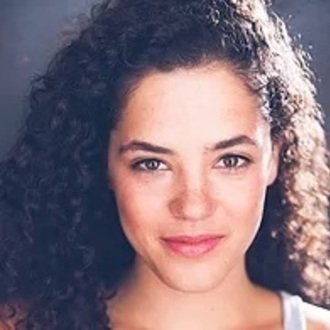 Madeline Wolf
Cassius
Get Alerts Alerts On Alerts Off