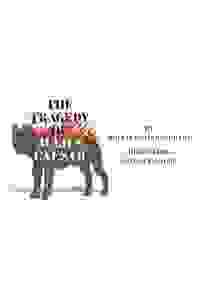 The Tragedy of Julius Caesar (TFANA) NYC Reviews and Tickets

As Julius Caesar's power grows, the fearful Senate demands he give up his forces and civil war erupts. Cooper's staging explores what happens when violence is used to govern, and theatricalizes a mythic cycle that combines the political, psychological, and phantasmagorical.

See it if I'm not a Shakespeare lover, but I enjoyed this intense production. Great movement & sound in the crowd & battle scenes. Easy to follow.

See it if you like Shakespeare well-spoken, with little gimmickry except lots of testosterone, dynamic movement, & sharp visual images & casual dress

Don't see it if Julius Caesar & the history plays are not your favorites, don't like emphasis on ritualized battles or play not set in a specific time

See it if you’d like to see a “Julius Caesar” that is both a compelling staging of the havoc of battle & a critique of militarism.

Don't see it if you like “Julius Caesar” mostly for its thrilling oratory: here many major speeches pass without distinction. Read more

See it if like Shakespeare & history plays, can appreciate the words and acting despite strange staging, don't want the play directly related to today

Don't see it if set looks like a building under construction & some of the costumes in crowd scenes could detract - masks & dreads; lots of plastic buckets* Read more

See it if you want your high expectations met. Superlative cast. Gritty, red-blooded, heart-racing. If looking for the best WS around, don’t miss.

Don't see it if you‘re certain the definitive Julius Caesar requires togas & English accents, or you already know you don’t like this play. Read more

See it if A masterful production of Julius Caesar. Excellent staging and choreography brings this production to life.

Don't see it if Do you not see if you do not like Shakespeare or a play over 2 1/2 hours which requires intense listening.

See it if Fan of Shakespeare, classical or modern. An intriguing approach...choreographed segments are especially intruiging.

Don't see it if Looking for a traditional production,

See it if it's a good production of a difficult play; some of the actors are excellent; the staging is creative w/o being radical.

"Shana Cooper’s revival — busy and butch — is so deep in conversation with itself and its dance battles that it nearly forgets to speak to us today...She seems more interested in moving bodies around rather than showing us what the minds inside those bodies might be thinking. Once in a while her work is electric...Mostly, the actors have enough comfort with the language to put across its essential meaning, but not the ease either to play with it or against it."
Read more

"The stage is full of visual ideas, the kind you can tell meant something specific to the people brainstorming but that haven’t made the jump...for all the energetic efforts of its actors, the production never gathers its power...This is the kind of well-intentioned aesthetic mishmash that ironically emerges not from too little thought but from a great deal of it that got caught up in itself...What keeps us engaged are a few individual actors punching through the hodgepodge."
Read more

"Cooper's urgent and worthy interpretation reminds one of just how much this play in particular gains from a fairly straightforward approach - straightforward, that is, except for its bruising physicality...The fact that Cooper manages to imply topical parallels without overwhelming the play's enduring power feels refreshing...It also allows us to focus on the performances of the excellent cast, and thus on the human elements underlying Shakespeare's epic sociopolitical dissection."
Read more

“You can see the outlines of a vision that seems all too relevant to today's America...The power of this Julius Caesar is only a sometime thing, thanks to an uneven cast whose members have apparently not yet settled on a unified acting style...Everyone is so jaw-grindingly intense as to be fatiguing...Overall, this is a 'Julius Caesar' that bemuses: It's good on the big ideas, much weaker on the details needed to support them. Ultimately, it telegraphs its intentions too overtly."
Read more

"Once Cooper’s actors start speaking the poetry and prose—if not trippingly on the tongue, certainly grippingly—things go quite well...Strife is the order of the sinister day and night, and Cooper pulls no punches...I had a reaction to it. I’d never experienced. It’s a marvelous play. That still stands. But is it a thoroughly well-written one? There I have to suggest it has drawbacks that never previously occurred to me...Never mind. This 'Caesar' is in sturdy hands for most of its course."
Read more

"In the 1930's, the play was presented as an anti-Fascist rallying cry. In our own era, it has been presented with various American presidents as the stand-in for Caesar. While Shana Cooper's production for Theatre for a New Audience here called 'The Tragedy of Julius Caesar' is vigorous, lusty and lucid, it offers no political point of view. We never understand why the conspirators want to get rid of Caesar or what they want to replace him with instead."
Read more

"A dystopian head scratcher, but the fault is not in its stars...The lack of clarity about setting and story only muddies the relationships between characters. The show features some stand-out performances...What’s most confounding about Cooper’s wacky vision of Rome is how predictable it is. In a world aesthetically unmoored from the columns and temples of ancient patriarchy, why so few women?...Cooper’s staging has one really riveting moment."
Read more

"Where this OSF/TFANA production succeeds in its modern setting is that there are no identifiable figures from the tabloids or the halls of government. Nonetheless, it still grapples with communicating the monumental, earth-shaking seriousness of the play in its period by having central characters run around in hoodies...The elements simply don’t come together to create the devastating political drama that is 'Julius Caesar' on the page."
Read more