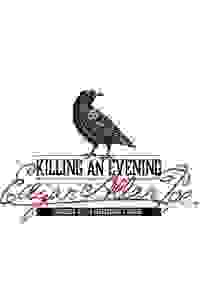 Summoners Ensemble Theatre presents a return engagement of this solo performance of three of Poe's thrilling tales, "The Tell-Tale Heart," "The Cask of Amontillado," and "The Raven." More…

In 1845, Edgar Allan Poe lived on Amity Street (now W. 3rd St) just blocks from the Merchant's House. His publication of "The Raven" had brought him instant fame and invitations to the city's most fashionable literary salons. Join John Kevin Jones ("A Christmas Carol") as the great master of terror in the Tredwell's candlelit double parlor for this bone-chilling evening of irrational revenge, obsession and premeditated murder, dismemberment, and the very, very dark.

Don't see it if you dislike horror (Pit &P is too much). My 19 yo nephew didn't enjoy it, but I did. Sm chairs. Poe lived nearby. Memorable.

See it if Three stories by Poe that are well acted in a beautiful location for it. The Raven ends the show. If you love Poe.

Don't see it if If you dont like Poe or prefer a bigger venue.

Don't see it if Set in the landmark Merchant's House tiny parlor room, it's somewhat claustrophobic but works well esp for The Tell-Tale Heart & The Raven

See it if for the extraordinary experience! Old Merchant's House Museum is an inspired location for John Kevins Jones' inhabitation of Poe's stories.

Don't see it if sitting within steps of the performer discomforts you.

See it if Animated Poe devotee shares three shorts and "The Raven" for approximately thirty in a parlour funereal setting with lily-strewn coffin.

Don't see it if Tight quatres of seven rows and you might be requested to stow your articles. Auditory cues could have been better.

Also "You fancy me mad? Madmen know nothing."

See it if You want storytelling as it was in the 19th century in a 19th century house. You enjoy intimate staging. You like gothic writing.

See it if You want to experience a great storytelling of Poe's in a beautiful haunted house call The Merchant House. That has a lot of NYC History.

Don't see it if You have to walk down a few stair and after that walk up a stairs.

Also The Merchant House is set in Death and Mourning. They have a coffin set that you can take a photo. They had the mirrors covers. That all before you go upstair to hear Poe came to life. In the area you sit is a coffin lay out as is would be if someone in the 19th century. For it was all done at home.
The evening with Poe is with John Kevin Jones. He is great, and something to see. He does The Christmas Carol reading at The Merchant House during December. This is my first time for the Poe readings.
... Read more Read less

See it if Explore the historic Merchant's Museum from the 1820s, hear stories from docents & watch the 4 short Poe stories. Take pix in the rooms too!

Don't see it if Temperature was extremely hot inside. But 80 minutes flies by, staff is great & they answer any historic questions you have!

See it if Jones expertly measures the prose & uncoils the suspense. Auditory performance as psychologically forceful as the physical performance.

Don't see it if want a reinvention of Poe (as if he needs one); have no affinity for Gothic fiction or multifarious textures of terror. House is haunted 👻

Also 1800’s-style entertainment in an ideal, site-specific setting that evokes the taste, literature, and material culture of the period. It’s really special that the museum fits the show like a glove—no one designing for a stage can really replicate the effect. The telling of the tales is expressive without being bombastic.

*FYI: This is immersive in the sense of environmental authenticity; it’s not the type of immersive show that separates the audience to wander around the building’s dark corridors. You are quite literally in a drawing room. The program is neatly structured. Hits all the right notes of homey, slightly decorous, and macabre.

See it if you want to see how 19th century authors, unprotected by copyrights, made their living.

Also John Kevin Jones channels Poe letting the audience see how a 19th century author would have charmed and enchanted the family and friends of a wealthy sponsor in order to make his living.... Read more Read less

See it if you enjoy EAP stories performed in a creative setting with excellent spooky/creepy atmosphere! Excellent actor brings EAP to life :)

Don't see it if You don't enjoy solo shows or dark subject matter.

Also Highly recommend this evening experiencing Poe's stories come to life. The Raven was my favorite!

The only negative comment I have is that the historic Merchant's House Museum was built in the 1800's - with no A/C. The night we went was quite warm inside, so keep that in mind when you attend (or bring a hand fan).

See it if You like Edgar Allan Poe readings. The actor was great. Story telling was riveting.

Don't see it if You do not like morbid themes or stories.

Don't see it if you don't enjoy solo performances in a small, warm authentic 19th century parlor. Will have trouble w/stairs & turns in an old NYC building

Also This was an extremely well done performance by John Kevin Jones of 4 of Poe's greatest works. He brought to life the stories I read years ago in school..
The outside basement entrance with turns and a flight of stairs to the museum's parlor would make it difficult for those with mobility issues. And, although it was not that warm outside, the temperature in the small non air-conditioned parlor made it a bit uncomfortable. Aside from these issues, the show was wonderfully enacted, and I highly recommend it for any Poe fans
... Read more Read less

See it if you want to see an excellent & versatile actor inhabit the stories of Edgar Allan Poe in an extremely intimate setting. Very special.

Don't see it if you don't like one-person events, don't like Poe, & want spectacle. This is stripped down & intimate, but very rewarding.

See it if You have any interest in Edgar Allen Poe. The 1842 Merchant’s House is an ideal venue for this wonderful performance.

Don't see it if You have no interest in Poe

See it if into 19th-century stories

Also The talented Mr. Jones brings 4 Poe's tales to life in a period-appropriate setting. Time well spent. One note - the Italian accent used for The Cask of Amontillado, while on point, made it hard for me to follow the story.... Read more Read less

See it if this performance gives great insight to Poe's ability to wow you with a story. John Kevin Jones brings 3 great Poe stories to life.

Don't see it if If a one actor show is not for you. No bells and whistle just pure wonderful acting in a historic haunted house.

See it if If you are a fan of Edgar Allan Poe and his gothic writing. The acting is excellent and the Merchant’s house itself is the perfect location

Don't see it if If you want to see a more “ traditional “ play or if listening to XIX century short stories/poems is not exactly your cup of tea.

Don't see it if If you want a regular play

See it if atmospheric and well acted delivery of some of EAP greatest hits, beautiful period setting; dedicated performance

See it if you want to see some of Poe's classics riveting brought to life in a perfect early 19th century setting by a master performer.

Don't see it if your intent is to see a Broadway show.

Also The night I saw this show was quite warm (70-something degrees out, 80% humidity) and the parlor of the Merchant's House Museum was uncomfortably hot - like, I had to put my hair up in a break between stories and found myself wishing I'd worn shorts instead of jeans. It's a tribute to the enthusiasm of John Kevin Jones that I didn't leave early. These are not low-key readings of Poe stories -- they're dramatic performances, which maybe could have felt cheesy (the accent used for The Cask of Amontillado was off-putting to me at first), but I ended up being won over.... Read more Read less

See it if You enjoy the works of Edgar Allan Poe, want to visit a historical place

Don't see it if You don't care for solos, or are in the mood for something more extravagant

See it if You want to see a talented, versatile actor perform the work of a master writer while supporting a threatened New York historical building.

Don't see it if You don't want to sit in tight, uncomfortable chairs while listening to a dramatic recitation of Poe.

for a previous production “A terrific Halloween treat...The intimacy of the Merchant's House parlor allows the creepy tension of pieces to be performed with subtlety, with Jones' rich voice embracing the storyteller's vivid descriptions...The final piece provides a change of pace. ‘The Raven’ is recited in a more traditio...
read more
Get Alerts Alerts On Alerts Off
for a previous production "Jones is bringing Edgar Allan Poe's works vibrantly alive...First up on the program was 'The Tell -Tale Heart'...If the first story seemed the personification of horror, the next one, 'The Cask of the Amontillado,' is a close cousin...He infuses fresh emotional energy into Poe's language with hi...
read more
Get Alerts Alerts On Alerts Off
Picture This Post
for a previous production "A one-man, pre-Halloween tour de force...In 'The Cask of Amontillado'...Jones slips effectively into this character, in spirit bringing the audience along with him into the dank cellar...Jones closes the show with 'The Raven'...The rendition he delivers mesmerized the opening night audience with...
read more
Get Alerts Alerts On Alerts Off