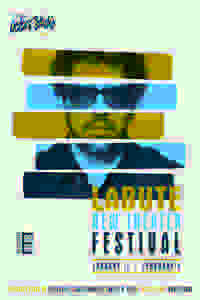 In 'Hate Crime,' a man plots the murder of his fiancée with his lover. In 'Winter Break,' a politically charged brother ignites a firestorm over his sister’s choice to convert to Islam. In 'Percentage America,' a couple on a first date, hoodwinked by each other’s dating profile, parse a story on the local evening news for “alternative facts.”

Wish I Could See Them All
Syosset
50-64 | Male
671 reviews
Get Alerts Alerts On Alerts Off
65
Quirky, Thought-provoking, Relevant, Indulgent, Edgy
February 1st, 2018

Don't see it if All three dark comedies are intended to make you squeamish. The fake news play fell flat and made me cringe.

See it if You enjoy short one act plays.

Also I scored hate crimes a 52. Winter break and 80 and percentage America 33. All the acting was above average with the exception of Spencer Sickmann who was really great.... Read more Read less

See it if You are a serious fan of new, edgy drama. You love short plays that pack huge amounts of content into short periods of stage time.

Don't see it if You are looking for laughs. Not one of these plays is a comedy ! You don’t enjoy plays whose themes are painful to watch.

Also Percentage America by Carter W. Lewis is among the finest plays I have seen in a lifetime of theatre-going ! I don’t want to give away any of the surprises that the writer presents us with except to say if you enjoy meaningful and 100% timely plays you should not miss this one ! Hurry and reserve tickets because the run is only through February 4th !!!... Read more Read less

See it if you really, really like one-act plays even when they offer no insights and wear out their welcome rapidly.

Don't see it if you don't like stale, repetitive, half-baked material with little saving grace.

Also The actors deserved better. The men even had to double as stagehands between plays.... Read more Read less

See it if you are a Labute fan; some of the pieces better than others, but all well written and interesting; good dialogue and quirky plots.

Don't see it if you want comedy, PC subject matter, a uniting theme.

See it if you like short plays, well acted, that make you think.All 3 were really worth seeing.The last was my favorite.All were well written.

Don't see it if you don't like 1 act plays. I love them when they are tight and have something to say.All 3 of these did that. Go see 'em!

See it if Spencer Sickmann was wonderful. Thank goodness, because the writing was eh, and the direction was awful. 3 new works that needed guidance.

Don't see it if You don't want you under 2 hours to feel long. Don't like new works. Mind weak acting and poor direction.

Also LaBute's work look like a rough treatment for a series. And the festival would have been better off with a 3rd writer who had spent more time on the project. I'm a HUGE Labute fan, so this was a disappointment. The 2nd and 3rd one act has a political message. Unfortunately for the 3rd play, did not have Sickmann as one of the actors, and he carries the other two acts. Unless you really love new works, or you want to see Sickmann who I predict will have a great career, don't bother with this unless you've run out of shows.... Read more Read less

See it if You're interested in seeing new works debut or you're really into one act collections.

Don't see it if You don't want to watch actors struggle through 3 poorly written and aimless new plays with no through-line or cohesion.

See it if The LaBute show the best of the three.Full of tension, manipulation and good acting. Second show, Winter Break very timely subject matter.

Don't see it if You don't like three unrelated one act plays.

See it if Short plays with thought-provoking insights. At least 1 of the 3 will leave you with something to talk about. Intimate theater setting.

Don't see it if You are a perfectionist.

Don't see it if Small theaters.

See it if You enjoy fine theatre. All three plays are entertaining but my favorite was Winter Break.

Don't see it if You don’t like cliff hanger endings

See it if Great short plays. Loved it!!!

Don't see it if Unfortunately I saw it on the last day. If you didn’t catch it, give it a try next year

Don't see it if Small theatres are an issue for you

See it if Three well acted and well written short plays, all of which give some food for thought. My favorite was the second, Winter Break.

Don't see it if Discussions on homosexuality, religion and politics make you uncomfortable

Also All four actors were great. Spencer Sickmann is excellent and I foresee a bright future for the beautiful and talented Kelly Schaschl... Read more Read less

See it if you want to see something new, edgy, different, well written and well acted

Don't see it if Are looking for a musical. I saw this tonight and loved it, but it is totally outside the box

See it if you want a quick paced, fun yet thought-provoking night out at the theatre

See it if You you crave something fresh and unexpected. A fun evening that left me hungry for more

Don't see it if you don’t enjoy cliff hanger endings

See it if you want to be entertained by a talented group of actors performing three cleverly written short plays in a cozy venue.

See it if you love great theater written by emerging playwrights, performed by one our Nation's finest small professional theater Companies.

Don't see it if there is not a reason not to see it, you should support new works.

See it if you want to feel like you are practically inside three short and captivating plays. Impressive new talent. Last two plays were great!

Don't see it if you had a long day and think you might doze off... The theatre is so small that the actors will be able to see it!

See it if You like to see what's in the dramatic pipeline. Two of these are good enough in the hard-edged Labute tradition, one quite fresh in subject

Don't see it if & sensibility. Performed in repertory by a quartet of able actors in a very small space.

See it if you like one-acts dealing with topical events in such a way that you can be ensured to make wittier, savvier comments offstage afterwards.

Don't see it if you're someone who can comfortably say, "I've never seen a Neil LaBute play I haven't liked." I was that person and am that person no more.

See it if you are up for something different and entertaining. A fun night out! Talented cast and three absorbing short plays. Very entertaining!

Don't see it if you must have happy endings.

See it if in the mood for three very different vignettes — all well written, engaging and powerfully performed. Very timely and very good acting.

Don't see it if religion, homosexuality, swearing and political satire might offend you.

“Superbly directed by John Pierson...Theatergoers who look forward to the annual festival will not disappointed...Each of the three pieces presents audiences with an opportunity to see engaging theater with an excellent cast...The creative team has done a top job...An outstanding opportunity for ...
read more
Get Alerts Alerts On Alerts Off
“The LaBute New Theater Festival consists of entries that...focus on high-concept premises and plot twists...'Hate Crime’ is ‘Double Indemnity’ with an all-male cast...’Winter Break’ consists of endless circular conversations...’Percentage America’...Consists of an unconvincing idea pushed to lab...
read more
Get Alerts Alerts On Alerts Off
"It's not that LaBute's piece, 'Hate Crime' eschews sex and power...It's just that the playwright has nothing new to say about either of them...Fortunately, the actors, as well as the festival's director John Pierson, fare much better with the evening's other two entries...Both of these plays pro...
read more
Get Alerts Alerts On Alerts Off
"All smartly written, crisply staged, and delightfully performed...'Hate Crime'. LaBute skillfully dusts off this old film noir premise...Haigney’s engrossing 'Winter Break'. This culture clash includes funny jokes...and fierce debates...A divorcée and pharmacist...are on a first date in Lewis’ c...
read more
Get Alerts Alerts On Alerts Off

Neil LaBute
Playwright
Get Alerts Alerts On Alerts Off 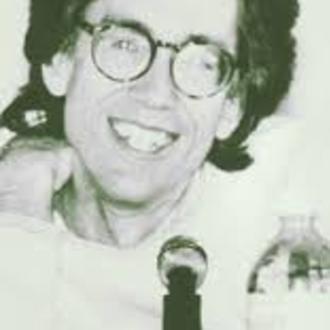 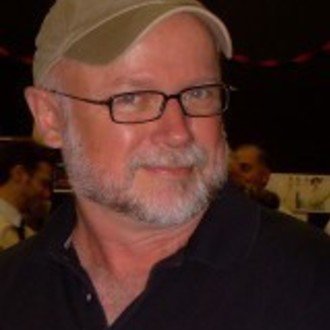 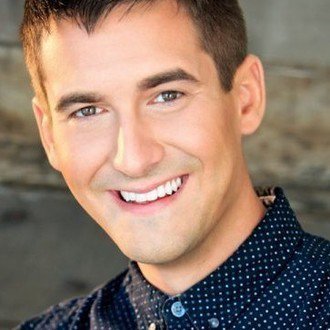 Spencer Sickmann
Cast
Get Alerts Alerts On Alerts Off