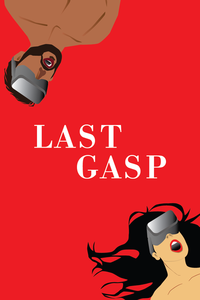 From the show:
A tech startup tries to solve the hardest problem known to science: the female orgasm.

What’s the hardest part of making a dent in the universe? Finding the people who want to dent it with you. Last Gasp is a new comedy set in the waning days of yet another artificial intelligence startup in San Francisco. They’ve burned down to their last few dollars of funding trying to revolutionize the technology of self pleasure. These tech bros think that they know what women want, an artificially intelligent vibrator. But they’re running out of money and out of time, so they turn to the one person who might be able to save their startup, a female investor. When an experienced executive walks into their lab, she upends their little startup and their lives forever. They furiously pivot the product, get in and out of deals, and fall in and out of love. Will they ever figure out just what it is that women want?

See it if An interesting idea about the Silicon valley. It has good idea but rides the plot way to long and needed to go to next level.

Don't see it if Needs work, actors are just okay... need to speak up. If you need a Broadway production or something more established.

See it if You like your jokes in Computerese.

Don't see it if You’re not interested in computerized massage phalluses and launching a business.

See it if you want to see a show with a LOT of good ideas, but short on development of those ideas.

Also First, Kyla Sylvers has been placed in a role which she is not prepared for. She has good stage presence, but it seems like all of her previous experience must have been with the aid of amplification. Some lessons with a good voice coach will make her a fine actress.

Jeff Smith actually has a way with words which keeps the audience interested. Unfortunately, he is not as proficient at developing ideas. Many plot lines are introduced, only to quickly give their "Last Gasp". They die "not with a bang, but a whimper".

The "fantastic realism" that Smith uses through most of the play helps to keep the audience engaged. Unfortunately, in the last couple of scenes, he resorts to the "fantastic" and produces a very unsatisfying conclusion.

See it if Interesting topic with a twist.

Don't see it if Script needs lots of work.

See it if After a walk up to the 3rd floor to a warm theater, you don't mind a slow paced show which never really goes anywhere.

Don't see it if you're expecting a well done show or you're hearing isn't perfect. Unless you're caught in a downpour outside, find something else to do.

See it if The entreprenurial world of new electronic devices is so fascinating for you that you're willing to forgive any shortcoming in a play on it.

Don't see it if Endlessly talky dialogue with very little action or humor in a dull and listless production might put you to sleep because this will.

See it if Just do not see

Also 1.Show is located on a 3rd floor(no elevators and no prior notification), so some people might experience difficulty to climb up.
2.Regular uncomfortable chairs.
3.Started to check my watch 10 minutes after the beginning.
4.Lasts 1 hour 45 min, not 1 hour 30 min as advertised.
5.One actor was partially reading from a script, which is absolutely fine with me as he had to step up and learned his part for only 3 days. Constantly scratching his nostrils-it was not good.
6.Female character was humbling under her nose, even the front row can barely hear.
7.Do not go,please

See it if you're interested in the financial side of start-ups: how they get funded, what venture capitalists look for; you support indie theatre

Don't see it if you're fussy re: production standards; you need actors to speak clearly & at a good volume; you crave comfy seats + A/C in August + elevator

Also Why wouldn't a director tell Kyla Sylvers to deliver her lines so she is audible? She has presence, charisma & theatre credits -- but made the audience struggle to catch each word.

The enthusiasm and intelligence his character possesses is apparent in the dialogue, however, Mr. Chow is a poor fit for this principal role, alas.

CAVEAT: The playing space [up 2 steep flights] is not air-conditioned. Restrooms are on a different floor.

See it if a perfect show for techies with no taste

See it if If you see only one play about sex toys this year...make it one you enact yourself with actual marital aids. This is a bit of a mess, TBH.

Don't see it if It's slightly misogynistic. It was had to hear 2 of the actors. I didn't care about 2 of the 3 characters and actively hated the 3rd. Avoid.

See it if You are a masochist and like to punish yourself in unfunny one-liners in a work that is terribly written.

Don't see it if You enjoy theater.

See it if See it if you have a good imagination and can imagine what it could become.

Don't see it if Don’t see it. It’s not worth the effort.

See it if Just didn't enjoy it.. difficult to hear the female when she spoke.. confusing.

Don't see it if If you don't want to see a hodge podge of a play.

See it if Have nothing better to do; pleasant young actors

See it if you wanna take a chance that you'll enjoy it based on the naughty-sounding subject matter alone, since it's admittedly an interesting idea.

Don't see it if you're hoping for something hilarious and risqué, as this was a very dialogue-heavy play that ultimately didn't go anywhere interesting.

Also On the night I saw this during previews, a handful of people walked out in mid-show. It lacks an intermission, so these folks had to sneak out when they saw an opportunity, like during a scene change blackout. I stuck it out, but was not rewarded for my patience. I believe this play has the kernel of a good idea that could be better executed, and despite its shortcomings, also deserves a better production.

While it was announced beforehand that one actor was a last-minute substitute who was still learning his lines and would therefore need to hold a script throughout, he knew his lines well enough that the script was never a distraction. Two other elements were huge drawbacks, however: The female actor was simply not loud enough at many points in the play, and there was also a rather loud and distracting fan in the back of the theatre threatening to drown out anyone who dared speak in a natural conversational tone, as she often did.

See it if you need a nap and you can't go home.

Don't see it if Just don't see it! I have never seen a play this bad. It is slow, too much technical talk & not a good story.

Also You couldn't hear what the female character was saying. And the dialog wasn't worth listening to anyway. It was so boring and I tried so hard to stay until it was over. No intermission so I had to leave during a quick blackout on stage. Before I left, 3 people from the back ran out and 2 people in front of me sneaked out and finally I decided I would leave too. I have never done that before. But it truly was not worth my time or patience. I'm sorry I was rude, but I couldn't take it any longer.... Read more Read less

See it if you want to experience different new shows, small or big, explore what's happening, and not risk spending too much money

Don't see it if you only want to see mature productions. This show definitely needs improvement for acting and story telling. Slow at the beginning.

Also I kinda like the geek guy who had to read the script because they had to switch actor 3 days before, his acting is still very convincing. The other make character is very fun. The female one, hard to hear and understand because of her accent.... Read more Read less

Don't see it if You're expecting a well developed story.

Also The show starts off intriguing for the first 10-15 minutes, but rapidly goes downhill. There's an overall rushed feel to the show, which, even rushed, doesn't fit into the 90 minutes allotted. The latter half of the show feels like it was written the day before the final version of the script was due, with much of the dialogue not making sense. Lines were said rather than delivered; many attempted one-liners missed comedic timing. Came off more like a stage read without the stage direction. There are also a number of racial stereotypes that just should not exist and it's rather embarrassing that anyone would think these are okay. About a third of the audience left well before the show ended.... Read more Read less

"In the days of AI living in our bedrooms, how are human sexuality, and the female orgasm in particular, really affected? I wish the playwright had had the guts to go all the way down this path, instead of circling around and spending time on 'smart' verbiage."
read more
Get Alerts Alerts On Alerts Off 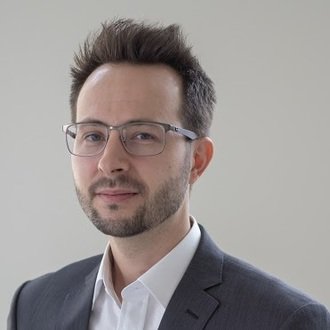 Jeff Smith 9185
Playwright
Get Alerts Alerts On Alerts Off 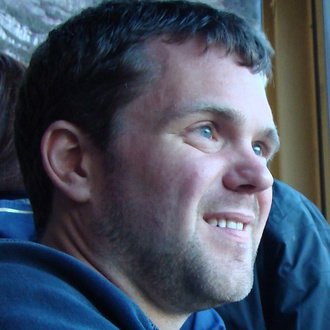 Dan Dinero (Artist)
Director
Get Alerts Alerts On Alerts Off