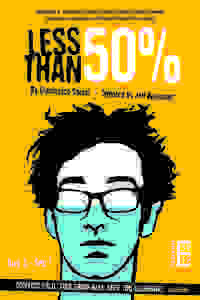 Based on true events about marriage, millennials, and navigating through it all, 'Less Than 50%' is armed with a shifting fourth wall and stand-up comedy which could change at a moment's notice  However, underneath the humor lies a serious issue. How do children of divorce find their way to love and commitment?

See it if A wounded ex-lover gets a redo on his romance when he shares the stage with his ex. Some jokes and hearfelt displays of emotion. META!

Don't see it if Tracks way too closely to the ending of "Annie Hall" or any Allen comedy. In the sharing, the fourth wall is up and then down and back.

See it if you enjoy an unusual comedy. Very witty writing and staging. Really fitted for a small venue. A story about relationships, funny, touching.

Don't see it if you like a straightforward comedy. The action goes back and forth, sometimes off the stage or into the audience.

Also The ending needs more work and was a bit confusing but on the whole this comedy was entertaining, witty and unusual..... Read more Read less

See it if You like fast paced theater with smart dialogue, funny and talented actors. Intimate venue and a great use of space

Don't see it if You don't like fourth wall breaking or plays within plays within... A little confusing at times don't expect clear answers.

See it if you enjoy a combination of stand up comedy and an experiment in metatheatrics. The comedy is genuinely funny and some interesting twists.

Don't see it if you're easily confused by breaking of fourth wall and unconventional play structuring. Play still needed some fine tuning/cuts when I saw it

See it if You want to see a manic depiction of the clash of a relationship cynic vs a romantic. The play w/in a play, w/in a play is a play too far.

Don't see it if You need greater motivation for being a commitmentphobe di*k than ones parents' serial marriages and an apocryphal email.

Also The characters were approachable and attractive and played with energy (too much) and verve. But there is an underlying snicker both at us the audience and at the female character. The fact that the female character complains that the play was told entirely devoid of her motivations, desires, experiences or perceptions of the relationship does not make it ok that it is. The woman is never addressed or realized-- she is less than 50%.... Read more Read less

See it if you like play-within-a-play(-within-a-play, etc). Part stand-up comedy, part written play, part real-life, it's funny and clever.

Don't see it if you want a linear play. Some raunchy/edgy jokes. The play follows a story, but cuts between the play itself and the creation of the play.

Also The play was great - funny, clever, cool twisting of a play and the writing of said play. But then about 75% of the way through, there's a scene that breaks the great "world" we had been led into and confuses us. Eventually it is explained, but it's so unfitting to the rest of the play that it leaves you with an ugh in your mind.... Read more Read less

See it if Soresi is a talented comic and there are some funny moments but not enough meat to justify a play.

Don't see it if Typical commitment-phobe v marriage minded woman BS.Plot seems to be an excuse to tell a bunch of jokes.Laura just serves as straight man.

Also Seems like Soresi thought he had enough material for a captivating story but ran short and decided to just throw in a bunch of deflections to finish it off. Lacking any real feeling.... Read more Read less

See it if you enjoy relationship plays and stand up comedy, a play within a play

Also The Sunday afternoon I saw it, there was a surprise twist of an ending, shocking even for the star (assuming it was real & not staged), Overall, funny & very entertaining... Read more Read less

See it if If you like watching two talented young actors you can see them here albeit in a play thst needs work. Some good standup comedy though.

Don't see it if It is very confusing and much too long. If you like a logical play with a beginning, middle and end this is not for you.

See it if You're looking for an incredibly clever, layered, meta show that is well acted across the board and consistently entertaining.

Don't see it if You get confused easily or are bothered by bits that occasionally are stretched too long.

See it if You like character neurotic driven plays.

Don't see it if You are looking for a linear plot.

See it if Gianmarco Soresi portrays himself as a standup comedian and also as the character of this autobiographical play.

Don't see it if if you expect a full-blown comedy

Also The juxtapositions of the two modes of expressions were not well blended in a coherent manner, and in spite of the smart dialog, I started to loose interest. Both performances were excellent.... Read more Read less

See it if You’d enjoy the energy and humor of a Fringe-Festival production that has made it to Theatre 59E59. Very well produced. Good directing.

Also Too bad there’s a lack of chemistry between the lead actors who maintain a frantic energy that is unmotivated and ultimately alienating. An autobiographical story by Gianmarco Soresi about the girl he let get away. Soresi is a very talented guy who gets a lot of laughs with great timing and real writing skill. However, narcissism is never funny for long. Nor is misogyny. I’m sure neither one is intended but that is what comes across.The ending breaks the fourth wall but not in a good way. I gave this a high score for the promise of the talent involved and the amount of real work put into producing it. One member reviewer mentioned ‘Jewish humor.’ He or she has got that confused with New York humor which indeed it is.... Read more Read less

See it if You like a slightly different romantic comedy tugs at your heart strings:

Don't see it if You don’t care for a relationship play that can be a bit confusing and is a little too long.

See it if You want a unique approach to modern romance.

Don't see it if A play that is easy to follow.

See it if you like above average, modern not-so-romantic comedies.

Don't see it if you're looking for the next bit hit.

Don't see it if There is no reason not to see this play. It is delightful, funny, and absolutely absorbing.

Also We went on a recommendation of a friend and we loved it. My wife and I laughed and nodded in agreement of the dilemmas presented. The writing and frenetic pace was perfectly timed at the hand of a comedian who is well schooled on the value of timing.... Read more Read less

See it if This show was clever in its structure and conceit. I give it big props for its execution.

Don't see it if you're expecting to be blown away by the protagonist and his journey. While it's well done, I didn't care about him.

See it if you enjoy smart stand up and complicated emotional resolutions.

Don't see it if if you can't stand to hear undeleted expletives.

See it if you like meta and self-referential humor, Seinfeld references, and surprises.

Don't see it if you dislike meta comedy, or if you want things to be wrapped up neatly.

Also I loved this show! The story was hilarious yet touching and the acting was great to boot. But seriously, please do not see this show if you dislike meta comedy! It gets extremely self-referential and even a bit confusing at times which is fun for some but others might find it annoying. I personally thought it was really clever and well-done but it’s all to your taste. I hope to see it again soon!... Read more Read less

See it if You want an upbeat, fun night at the theatre. The play appeals to a wide audience, so could be a fun date with a partner, parent or friend!

Don't see it if You don’t like funny plays?

See it if you'd like a rom-com turned on its head. 4th wall is destroyed often! Line bet reality/theatricality is blurred. Dizzying in a good way.

Don't see it if you lose patience w/a bumpy narrative. Lots of starts-and-stops; hard to be fully absorbed. Seems ready to end a few times...then continues.

Also I liked LTFP quite a lot. It's smart and funny; an engaging twist on the traditional rom-com. But there are only so many times that an audience wants its trust to be betrayed. And the nightmare scene near the end went on far too long. Charlie Kaufman's work is mentioned...but I thought more of Andy Kaufman!... Read more Read less

See it if You want to see a funny show, good small effective staging. Very up beat and quick moving.

Don't see it if If you like a more polished, more linear play. Thoughts are often changed quickly.if you like a slower show that is more laid out.

See it if you'd like a very meta play-w/in-a-play that pays homage to Woody Allen, Seinfeld & Charlie Kaufman & is much more than 50% funny & clever.

Don't see it if you don't care for NY Jewish humor or can't relate to a millennial rom-com; you need a linear narrative & the confinement of a fourth wall.

See it if Interested in some insightful observations about theater, love, marriage & divorce told with humor & at times seriousness.

Don't see it if you object to sudden changes in tone & a not always plausible dialogue. Can be confusing at times and overlong even at 90 minutes. 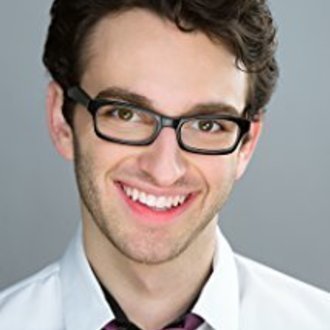 Gianmarco Soresi
Playwright
Get Alerts Alerts On Alerts Off 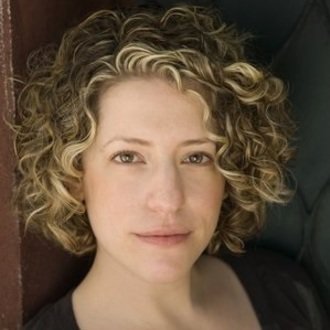 Jen Wineman
Director
Get Alerts Alerts On Alerts Off

Gianmarco Soresi
Gianmarco
Get Alerts Alerts On Alerts Off 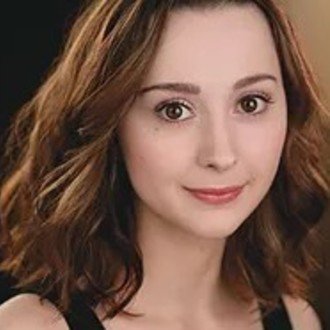 Hannah Hale
Laura
Get Alerts Alerts On Alerts Off 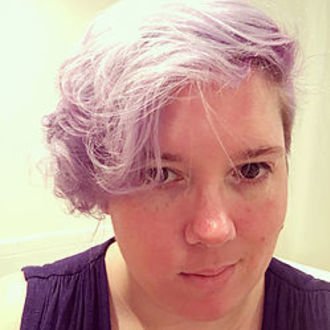 Ashleigh Poteat
Set Designer
Get Alerts Alerts On Alerts Off 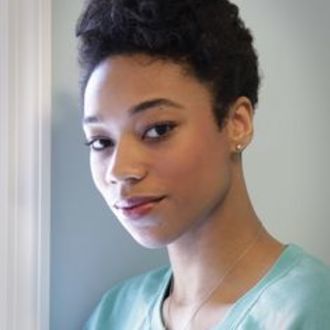