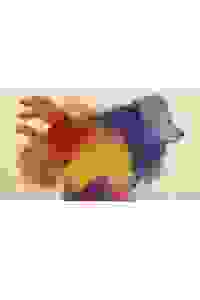 View in admin
Lewis and Tolkien: Of Wardrobes and Rings
NYC: East Village
65
Score it Scored!

Lewis and Tolkien: Of Wardrobes and Rings NYC Reviews and Tickets

Tolkien and Lewis were giants of a literary genre that reached millions of readers, young and old alike, with mystifying adventures to entertain and deep truths to move people’s hearts. C.S. Lewis ('The Chronicles of Narnia') and J.R.R. Tolkien ('The Lord of the Rings') were also distinguished faculty members at Oxford University and participants in a literary group known as The Inklings. Their robust philosophical discourse served an uncommon friendship that was not without its differences. Life’s circumstances and sometimes unresolved disagreements forced an uncomfortable season of estrangement. 'Wardrobes and Rings' asks us to join “Jack” and “Tollers,” as they knew each other, at Oxford’s historic Eagle and Child pub for one last visit, tempered by thawing humor, confession, and reconciliation.

See it if Very good acting. If you want to learn about these two great actors. Informative as well about other writers of that era.

See it if I can't think of why. This felt like backbiting gossip.

See it if you are a fan C.S, Lewis & Tolkien books & movies & are eager to know more about them as people & of their friendship.

See it if you really like CS Lewis and/or JRR Tolkien and want to know more about them as men and their relationship to each other.

Don't see it if you want more action, more characters on stages and/or bore easily listening to 2 men talk to each other or don't care about either of them.

Don't see it if If you want a play with razzle dazzle or a linear plot. This is a conversation and can go off on tangents

See it if You are a fan of Tolkien or Lewis themselves, not just of their work.

Don't see it if You expect great insight into their friendship and competition. Read more

See it if you are interested in watching two literary icons discuss friendship, politics, religion, and literature in a dialogue-heavy play.

Don't see it if you want physical action or a plot. You are essentially a fly on the wall, watching two people engage in intelligent conversation.

Don't see it if you'd dislike a show whose only female character is an airhead; you want a tight, engaging script Read more

"Marc Whitmore stagnantly directs what is framed as the very last meeting between Lewis and Tolkien...We leave with an informative synopsis of key facts and a list of suggested further reading, but a spoken Wikipedia article does not a play make. Even without a traditional plot to unfold, we need an emotional arc to follow — especially when the stated premise is a portrayal of one of the most profound friendships in literary history."
Read more