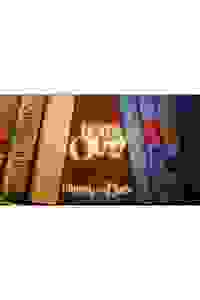 View in admin
Lights Out! Library in the Dark
NYC: Midtown W
Score it Scored!

Lights Out! Library in the Dark NYC Reviews and Tickets

This new production offers a marriage of theater and improv, where five directors rehearse the same scripted play with five different teams of actors, and a random selection of actors is selected to perform.

The Gist: A storm has wiped out electricity in the small town of Winston, Pennsylvania. Within the Winston Public Library, there is a decades old shelter built during the Cold War. It has a separate generator and the only light source in the whole building. And the only place where patrons and employees of the library can find refuge.

The Twist: At no time during rehearsal will the separate casts communicate with each other. For each of 25 performances, one actor/character from each team is called to theater to perform. Actors are kept isolated from each other and meet one another in character – for the first time on stage. Seven characters played by five intrepid actors, all performing “Without-A-Net."