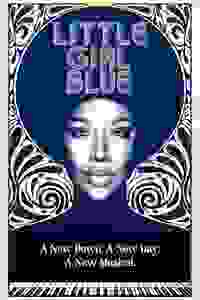 A new musical about the "High Priestess of Soul," Nina Simone.

Award-winning actor Laiona Michelle spearheads this new production about one of America's most notable musical icons—from her ascension as a classical music prodigy to a civil rights activist, this story taps into the legend that is Nina Simone. This honest portrait of her rich life and ultimate decline reflects on the passion, joy, and pain of a woman adored by millions – then and now.

See it if You’re a Nina Simone fan. Presented as two parts of concerts rather than a linear storyline. Incredible singing and music. Very relevant.

Don't see it if If you don’t like Nina Simone. This is almost all music. Also, if you’re looking for a traditional play or musical, this ain’t it. Read more

See it if Greating singing and decent staging.

Don't see it if The story is not that great. Slow at times.

See it if you want an excellent performance of two Nina Simone acts: 1968 and 1976 that include commentary on the times with well-sung numbers.

Don't see it if if you are looking for a full biography or a musical with a plot and all her hit songs - this is a stage performance with a 3 piece band.

See it if you enjoy a commanding performance by an actress and singer about the life of Nina Simone. Great singing and acting. Powerful and relevant.

Don't see it if you don't like dialogue about racism or are not a fan of Nina Simone. Read more

See it if Live music with little story. Great singing and music.

Don't see it if This is not a biography or story. It's like going back in time with the music.

Don't see it if you're not a Simone fan; second act went a little haywire with ranting at her husband in the audience & could use a little editing. Read more

See it if favor singing that is good but not great, a consistent & loud theme of civil rights and insights into Nina Simone's life.

Don't see it if you expect singing of songs that Simone is famous for, listening to a singer that "pales" compared to Simone & dislike civil rights tirades.

"2/5 stars...Simone, an activist who bravely used her compelling protest songs and soulful voice to lead a worldwide revolution during the civil rights era, becomes withered down to a disheveled, angry Black woman trope the musician so often tried to run away from...What 'Little Girl Blue,' named after Simone’s debut album, fails to do is celebrate a complex personality, a nuanced human being, and a proud Black woman who could not — and never wanted to — be put in a box...What this show does get right is Michelle’s undeniable powerhouse voice."
Read more

"Impressive if overambitious jukebox musical...Though 'Little Girl Blue' feels crammed with more biography than it can comfortably contain, Michelle's performance holds us. Her singing voice is brassier than Simone's sultry contralto, and her re-creation of Simone's onstage presence has an exaggerated awkwardness, but we always feel the spirit of the legendary performer emanating from the music."
Read more

Using the format seen in pieces like Lady Day at Emerson's Bar and Grill and Master Class, in which a star, making a public appearance, publicly unravels, the musical goes for the dramatic jugular early and often. It is rather like Simone herself -- fierce, larger-than-life, sometimes off-putting, and, ultimately, commanding.
Read more

"Michelle largely captures the essence of an exceedingly complex woman, avoiding outright copy-catting in this dazzling stage performance. For those unaware of Simone or her times, 'Little Girl Blue' gives an excellent grounding and full enough picture of the person and the pre-internet world of yore—and that’s a success...While a coup de maître of a performance, Michelle stops short of tour de force by that percentage of her portrayal that doesn’t go deep enough. Some comic relief throughout would have also elevated the presentation."
Read more