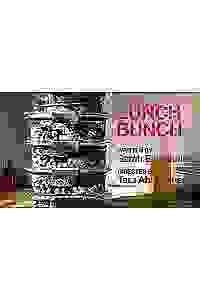 In this new play for Clubbed Thumb, seven public defenders are on a frenzied quest for the perfect lunch–whilst battling ACS, inequality, burn out, and a big ole serving of existential dread. More…

A play about our struggle for meaning, belonging, some semblance of order and the unexpected places we seek them.

Don't see it if You are not in tune with New York culture. The person next to me was from Puerto Rico. He couldn't follow the legal work & foodie humor

See it if you’d like to see a fresh way—beyond psychological realism—for a play to probe the psyches of 8 flawed, engaging, even charming characters.

Don't see it if for you a 60-minute play is too short to be worth a trip to the theater.

Also I find “Lunch Bunch” a totally charming effort, & innovative playwriting on several fronts. The play takes place in an office, but the set is not realistic. 8 characters spend lots of their time swiveling on desk chairs lined up at the back of the playing space. They are lawyers at an agency trying to keep kids from embattled families with their embattled parents. Rather than tackle the excruciating details head-on (though they leak into the play), playwright Sarah Einspanier focuses on an office lunch club in which members take turns preparing the day’s gourmet fare for the group. Rooted in the everyday, the play probes the troubled souls of its altruistic, conflicted characters with a sad, almost fatalistic humor. The few weeks of action are telescoped into an hour’s playing time, making for lots of comic elisions in conversation & situation, moving the action beyond the still prevailing mode of psychological realism, & delivering a quiet, almost happy ending it's worked to deserve.... Read more Read less

See it if creative originality is an important element in your theatre life. Minimal staging brings out the characters, their issues and interactions

Don't see it if an intense but short show displeases you. The performance runs about an hour.

See it if you want to hear some witty mouthfuls of office nihilism. An appetizer to the high speed hallucinations of Do You Feel Anger? and [Porto].

Don't see it if you're unimpressed by lists of fru fru meal ingredients (making up ~20% of the script). Creates a rhythm that's both quick and monotonous.

Also This is about people who eat and cry at work. Well done with a great cast, but I’m thankful it was capped at an hour.... Read more Read less

See it if Like short ensemble pieces that feature witty writing and sharp, funny acting. Get a kick out of office and food cultures!

Don't see it if Need linearity and a beginning, middle, and end.

See it if Delightful, short (hour long) play with perfect acting and snappy directing. Workplace lunch as the one part of life you can control.

Don't see it if Never 100% hits home -- often stays at a fun/quirky level without aiming for gold.

Don't see it if you want something straightforward and basic, you're in for a quirky and fast-paced ride with this one

See it if You like office comedies but with an intelligent, surreal twistiness.

Don't see it if You don't like office comedies with intelligence and surreal twistiness.

Also A great one-hour, hilariously constructed, bit-of-a-wallop of a play. And yes, it will make you kinda hungry afterwards but it's also a deep consideration into why we obsess over petty things and the comfort those petty things give us in the face of an all-consuming existential maw.... Read more Read less

See it if you want a surprising, playful and fun exploration of the banality of the everyday, and the magic of food

Don't see it if you want an easy-to-follow, straightforward piece; you want to see big, complex sets or staging

“This as a very Clubbed Thumb show: idiosyncratic, nonrealistic, gently experimental with a Downtown’s greatest hits compilation of a cast...Directed by Tara Ahmadinejad and running just about an hour, the length of a slightly luxurious lunch break, it’s a slim show, yes, but also charming and sm...
read more
Get Alerts Alerts On Alerts Off
“Einspanier’s excellent workplace comedy...There’s little room for a story, because Einspanier has crammed every second with marvelous character studies and syncopated conversations that reveal the topsy-turvy stakes of a life lived in service...The amount of dynamic indication in the text makes ...
read more
Get Alerts Alerts On Alerts Off
"'Lunch Bunch' is fully in keeping with Clubbed Thumb’s tradition of adventuresome fare, and is served well by the game eight-member cast of downtown theater regulars, and by Tara Ahmadinejad’s direction. She stages the characters sitting on their ergonomic chairs facing a back wall that has a s...
read more
Get Alerts Alerts On Alerts Off 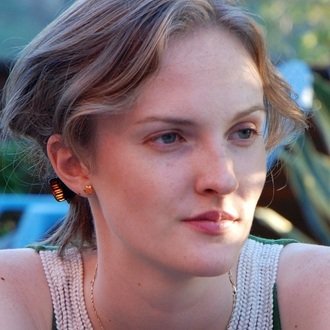 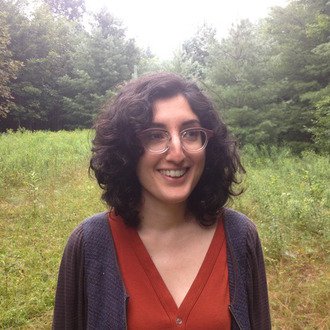