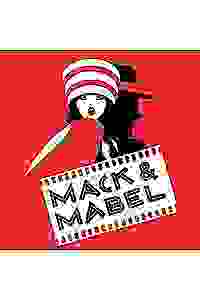 The Encores! season opens with Mack & Mabel, which tells the story of one of silent film’s first great pioneers, Mack Sennett, played by Douglas Sills (War Paint, The Scarlet Pimpernel), and his first great discovery and muse, the comedienne Mabel Normand, played by Alexandra Socha (Head Over Heels, Spring Awakening). Mack makes Mabel a star and love blossoms. But Mack’s insatiable drive to succeed and Mabel’s natural vulnerability—the key to her audience appeal—turn their love affair into a high wire act with no net.

Don't see it if Old fashioned. The main premise of love is really tough to understand and buy into. Muisc is not great.

See it if You like classic musicals, Hollywood stories and are interested in seeing a show that is rarely revived.

Don't see it if You want something more modern or edgy.

See it if You enjoy old musicals. This was fun to look at, done almost entirely in black and white. Great singing and dancing. Large talented cast.

Don't see it if You’re looking for something new or some out of the box interpretation. This is an old style musical done in old style.

See it if fan of Jerry Herman, enjoy the OBC cast album of the show & want to see how it is staged, wonder if Douglas Sills still has it (he does)

Don't see it if It's not one of your favorite scores, don't like the Mabel Normand story & fact that the book isn't that accurate about her career

Don't see it if You’re willing to miss the chance to see the show that ran 56 performances then inspired decades of controversy.

Also Herman's great triumphs w Hello Dolly, Mame, La Cage were w shows where trenchant optimism paid off w a happy ending. This show which centers on a troubled relationship and has far from a happy ending is not cut from the same cloth.... Read more Read less

See it if you can a touch of early cinema history, a looking into two person who make people laugh and smile. There relationship with each other.

Don't see it if If you have no interest in the early cinema.

See it if You love a great Jerry Herman score, want to see it since it’s rarely produced, or want to see two actors at the top of their game.

Don't see it if You dislike more complicated musicals that aren’t always light and fluffy, & one that has a problematic central romantic relationship.

See it if you want to see a rarely performed musical by late great Jerry Herman. Wonderful lyrics and great character portrayal by actors.

Don't see it if you don't like musicals although in many ways this is a drama with music.

Also A very underrated show. The story of Mabel is a complex one and so is the love affair. Two songs are cabaret classics but the others really fit the mood of the musical and the time in which it is set. I loved the tap dance number which starts out lightly but develops into tragedy.Great acting, dancing and costumes.... Read more Read less

See it if you love Jerry Hermann.This is a gem of a show with a great score.The performances were spot on.There were some sound and lighting problems.

Don't see it if you're not interested in early Hollywood. The book relies too much on Mack's narration. The score has some beautiful, now-standard songs.

Also The full on-stage Encores orchestra is, as ever, sublime.

See it if Like a 30's style story about filmmaking with lush music, great voices and stunning costumes

Don't see it if You are hard to please

See it if a fan of Jerry Herman. The music & choreo are top notch & great orchestra.. Interested in the making of silent films.. Keystone Kops etc.

Don't see it if can't overlook book problems in this serio-comic story of the ill-fated romance between Sennett & Normand. 2nd act better than 1st.

Don't see it if You want chemistry between the two lovers. Sills screams too much and Socha is good but miscast. Production good but book has problems.

See it if closed yesterday, but this is one of Herman's best score and Sills and Socha were WONDERFUL in the leads. Best revival of a weak book.

Don't see it if this is such a 70's musical despite the score. The love story of an addict and philandering egotist. - the reason it's not revived more.

Also I wish there was a way to fix this script and relish in the score. This was an amazing production and Sills actually made Mack human and almost redeemable. Socha was charming. An absolute joy to see them perform. And I loved they both did the score justice. Great performances, Great directing, Great Score! Flawed script.... Read more Read less

See it if Older man of power discovers and treats vibrant, innocent woman poorly, eventually extinguishing her fire as she gets addicted. Lovely music

Don't see it if Predictable story: he should've treated her better. Opioid addiction or gun/shots are triggering.

Also Diversity: not really. Main characters are all White. 3 side characters are people of color (Black male, Asian female and male). A few people of color in the ensemble.
2 hour 30 minutes, one intermission.
Disclaimer: I've never watched a previous production.
Ticket from website with discount code for $26.50. Seat in mezzanine side.

See it if you want to see Jerry Herman's tuneful score come to life. Some great acting, singing and dancing.

Don't see it if you would be troubled by the much revised, still troublesome book. This is not a happy story, but it's beautifully performed by a great cast

See it if great performers doing a great score in a show that is hard to get right. this iteration works better than in the past. it could have a life

Don't see it if want a typical boy meets girl love story. this is darker.

See it if ONLY if you are hard up for seeing a Jerry Herman musical live on stage.

Don't see it if you want to remember Jerry Herman and master of musical Theater because this production was a DISAPPOINTMENT from beginning to end.

Also In the early spring of 1996, I had the pleasure of seeing a production of Mack & Mable in London's West End. It starred Howard McGillin as Mack and Caroline O'Connor as Mabel. It was BRILLIANT. Prior to that, my only knowledge of the show was the 1974 Broadway cast ablum starring Robert Preston and Bernadette Peters. However my re-introduction to songs from the musical Mack & Mable came in the form of the pre-Broadway tryout of the musical Jerry's Girls. My affinity for the songs from the musical were stoked by that particular Broadway cast album featuring the likes of Carol Channing, Andrea McArdle, and Leslie Uggams performing the likes of the more famous songs from Mack & Mabel. This pint-sized production to the show by City Center Encores proves that old adage "If you can only do something half right do even make the effort."... Read more Read less

See it if Another gem from the late,great,Jerry Herman. Based on relationship between Sennett and Normand.Many great musical numbers. Cast excels.

Don't see it if This is not on the level of Hello Dolly, Mame, La Cage,but it is very entertaining. This is the first NYC revival.

284 reviews
Get Alerts Alerts On Alerts Off
89
Encores does this show proud with fantastic performances, staging, and orchestra
February 23rd, 2020

See it if You love classic musicals. You’re a Jerry Herman fan. (Sadly, he didn’t live to see this revival.)

Don't see it if You’re obsessed with the show’s purported book problems.

Also I think this is one of the best Encores productions I have ever seen. Lead Alexandra Socha was an appealing and feisty Mabel and sings the heck out of the role. Douglas Sills made the most out of his character, which is quite unsympathetic for the most part, and sings gorgeously. The so-called book problems didn’t bother me at all, although I can see them when they are pointed out.

I’m very glad and grateful I got to experience this show!

See it if you want to experience this rarely produced work performed by a talented cast and orchestra. This production was very entertaining

Don't see it if you need a cohesive, consistent story. Strength of this show is the music; book is a little weak. Love story needs better development

Also Ending is very sad--ironic in a story about a man who just wants to make the world laugh. But overall, a very entertaining production given the full treatment that Encores always gives!... Read more Read less

See it if You can overcome the sour book and just enjoy the strong production; even with so much joy and big numbers, the second act is problematic.

Don't see it if You can only tolerate even tone throughout or don’t like classical musicals.

Also This is a big show with old-fashioned numbers, even a Dolly-like showstopper; every song is a showstopper actually. The ugly storyline exposed with satirical tap anticipates Sondheim. It’s a problem show, but I’m grateful for the rare opportunity to see it get an Encores treatment.... Read more Read less 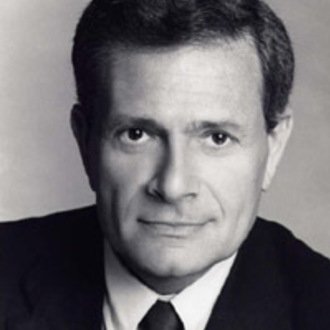 Jerry Herman
Composer / Lyricist
Get Alerts Alerts On Alerts Off 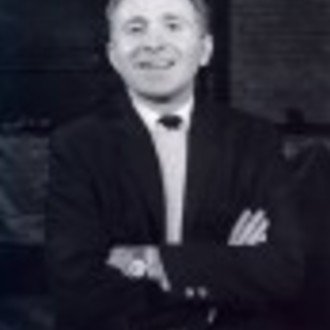 Michael Stewart
Bookwriter
Get Alerts Alerts On Alerts Off 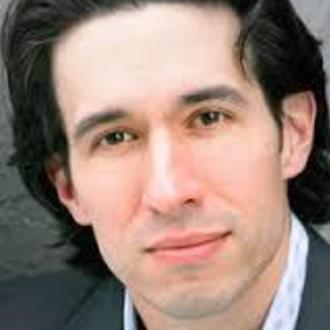