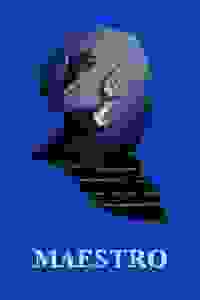 Maestro (Ensemble for the Romantic Century) NYC Reviews and Tickets

Ensemble for the Romantic Century brings to life the story of conductor Arturo Toscanini who bravely opposed Fascism in Italy and America, in this solo drama with music starring John Noble.

Toscanini refusal to perform in Italy and Germany, and his trips to Palestine to conduct an orchestra made up of Jewish refugees made headlines around the world. Drawing on his passionate letters to his lover, the young Italian pianist Ada Mainardi, along with music by his contemporaries, this theatrical experience shows us that even during one of the darkest chapters in human history, an artist’s voice can be heard.

See it if you enjoy classical music. Story and acting are ok but nothing special. It rambles but is interesting to a degree

Don't see it if you are looking for a thorough, well paced bio play.This drags. Too much music, too little story.

See it if you want to see a good performance, but ineffective play. The ensemble of musicians are wonderful and John Noble plays Toscanini well.

Don't see it if you don't like classical music. There are more music scenes than dialogue. Writing not challenging enough to take advantage of great actor.

"Even that dry description is more exciting than what Ms. Wolf and her director, Donald T. Sanders, put onstage. The text is a clip job, consisting almost entirely of excerpts from Toscanini’s letters and other documentary bric-a-brac. As all of it comes from his point of view, we have no way to evaluate its validity — and the play has no way to spark any drama...The interludes add nothing to the story; indeed, they actively subtract from it by suggesting an overly literal link."
Read more

"The whole is even more a treat when the music is inserted...Li’s reading of Wagner’s 'Liebestod' in the Liszt version is worth the price of admission...Considered from a strictly dramatic perspective, 'Maestro' leaves something to be desired. Considered from a musically dramatic perspective, Maestro is completely satisfying, particularly for theater patrons so devoted to that pursuit that they don’t get to concert halls regularly enough."
Read more

"The storyline may not fully satisfy all playgoers. It is largely episodic, and the main dramatic conflict is a political one. Toscanini was appalled by the rise of fascism in Italy, in the person of the brutal Benito Mussolini. In the early 1930's, he refused to conduct the fascist anthem, and he turned down Adolf Hitler's request that he conduct at the Bayreuth music festival. Eventually, he fled Europe and resettled in the United States, living in Riverdale, New York, where he died in 1957."
Read more

“The Ensemble for the Romantic Century’s production of ‘Maestro’ aptly highlights all...central components of Toscanini’s brilliant artistry...The integration of the concert level performances by the amazing musicians and the solo performance by Noble who inhabits Toscanini...makes for an unparalleled memorable evening which will thrill you to your core...Just gobsmacking...A breathtakingly beautiful remembrance of a time and artist we must never forget.”
Read more

“A music lovers’ delight, the play uses world class musicians, visual art and narrative to explore the Maestro’s life...The scenes are cleverly designed to follow the world-renowned conductor...The string quartet utilized in the play effectively conveyed the Maestro’s passion and suffering...The Maestro’s passion for music is encapsulated in every nuance of the play...’Maestro’ reminds us the power we all have, and the difference an individual can make.”
Read more

"When in one letter, Toscanini reveals an amusing anecdote about his father - and ultimately his own conception - you wonder why Wolf thought we wouldn't want to know much more his personal life. After all, Toscanini lived until he was nearly 90, had numerous musical accomplishments, and knew many people, important and otherwise. Unquestionably, his hatred of dictators was a large factor in his life, but it shouldn't be his defining characteristic."
Read more

"The actor playing Toscanini hasn’t a musical bone in his body...Within the first five minutes...I wanted out...Noble as Toscanini, is an unintelligible, one-dimensional, inconsistent actor...The play tries to subliminally equate the holocaust with the immigrants of today, which I find highly insulting...What does work is the brilliant chamber orchestra...Their playing is exquisite... Bravo however to the brilliant musicians and Bengali for his creative projections that are haunting and timely."
Read more

"Unfortunately, the result here is a disjointed presentation that lacks the cohesive flow of a biographical drama, a traditional full-length concert, or even an academic lecture...'Maestro' is most successful in its contrast between the expressive beauty and power of the music and the ugliness of bigotry and war, in the creative versus the destructive behavior of humankind. In essence, it is more effective as a moralizing mood piece than a narrative."
Read more

"The artistic choice of addressing the audience in this manner brings home Toscanini’s temperament, but felt unpleasant, which admittedly, may have been the point...The best part of 'Maestro' is the music. Each selected piece is brilliantly performed...Perhaps choosing to convey a man’s life mainly through his frustrated love letters diminishes the scope of a man, especially a man such as Arturo Toscanini. However, the music of 'Maestro,' is another story altogether."
Read more