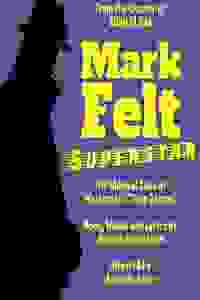 The York Theatre Company presents a new musical about former FBI agent Mark Felt who revealed himself as Deep Throat, the secret source who helped Woodward and Bernstein bring down President Richard Nixon.

This whimsical, jazzy musical features a cast of five portraying 24 colorful characters in a fast-moving, illuminating take on the shocking political scandal that riveted America. Equal parts thriller, tragedy, and comedy, 'Mark Felt, Superstar' aims to get you to rethink everything you thought you knew about Deep Throat and Watergate, all while tapping your feet to some catchy songs.

See it if you enjoy political history. MFS tells the Deep Throat story from different angles. It helps to know the key players/events. Talented cast.

Don't see it if you want a big musical; this is bare-bones staging (although clever). If you were a Nixon fan, best to stay away. Echoes in 2017 fears. Read more

See it if Fast-paced 90 minute musical about President Nixon and the Watergate scandal. Snazzy peppy cast with lots of fun songs & jokes.

See it if You remember "Deep Throat" from the Watergate scandals+want to know more about the circumstances of the important role he played in gov't.

Don't see it if You can't deal with a show on its feet for the first time as a staged reading. You don't enjoy cabaret style satirical comedy.

See it if you are a fan of "up close and personal" off-off Broadway; history brought to life in a musical, clever rhymes and songs, good singing

Don't see it if you only like Big Broadway Musicals; you are not at all interested in recent history; you are a faithful Nixon supporter denying history

Don't see it if You need sets and scenery, You are bored with exposition. You are not interested in political intrigue

See it if Well done mix of history and pop, with hummable songs, nice voices and info you never knew about Watergate. Surprisingly timely.

Don't see it if Done in a concert format with the creator at the piano. No sets, basic but effective choreography. Michael McCoy as Nixon was hilarious.

See it if You want to revisit the Nixon era and get a history lesson delivered nicely. You want to be entertained and informed.

Don't see it if You don't like plays that are based on historical events. You need complex staging. Read more

See it if you don't mind a show that still needs a lot of work and has 2 good songs.

Don't see it if you like a good musical with a well told story.

"A jaunty score and enjoyable performances are the most successful elements…Rosenblum’s lively and clever score recalls the hard-edged 'Evita.' The dense book is a rudimentary and repetitive serio-comic treatment…Rosenblum’s treatment doesn’t totally succeed at tying together all of its complicated threads…Though somewhat unfocused and rambling, this incarnation of 'Mark Felt, Superstar' is a very good try at musicalizing such offbeat and complex subject matter."
Read more

"The lyrics are witty and fresh...The music borrows motifs from 'Baby' and 'Jesus Christ Superstar' and is at its best when it is jazzy and bluesy. The book is smart and brings you back in time and you realize things really have not changed. The cast is excellent, especially Mr. McCoy, though Mr. Mayer touches our soul with 'Thanks, Uncle Sam.' Director Annette Jolles keeps this show going at a clip, but manages to get all its points across."
Read more

"It’s a niche topic to turn into a song and dance, but surprisingly—it works!...The number of players involved is dense, but director Annette Jolles capably puts her talented cast of five to work as they each play a myriad of parts. At times, our leading man gets lost in the shuffle and it would be nice if Rosenblum had given us a deeper insight into the background and psychology of Felt. Rosenblum’s jazz infused score is well suited to the mysterious noir-like drama."
Read more

"“It has just the right mix of thought-provoking content, history, music, whimsy, and humor…One does not have to be a history buff to appreciate the Watergate story and the brilliant approach of this musical…Rosenblum deftly relates the story of Mark Felt through delicious dialogue and wonderful musical numbers, ranging from purely comical to poignant, transporting us back into recent history…The very talented cast of five perform superbly."
Read more