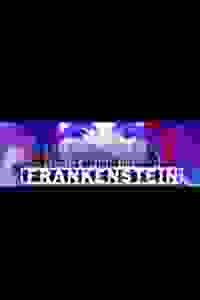 Ensemble for the Romantic Century's new piece uses excerpts from the 1818 edition of the novel, music, and dance interwoven with Mary Shelley’s letters and diaries to explore both the classic story and its creation.

The joys and perils of motherhood, the hovering shadow of infant mortality, and the sting of loneliness and rejection merge as Mary Shelley creates her masterwork, 'Frankenstein.' The Creature that Dr. Frankenstein produces, an assemblage of disparate elements, coalesces into a monster with a human soul. His horrific appearance conceals the gentlest heart. Through no fault of his own, he is forced to descend into evil deeds. Featuring 19th century music, from Liszt, Schubert, and Bach.

See it if Fairchild's dancing is the best part of the show. The idea of mixing Shelley's biography​ and her best seller is well-intentioned.

Don't see it if The patchwork of too many different media left this piece resembling its main character. More dance, image & music than play. Read more

See it if If you are a fan of dance or opera you might enjoy it. It's a unique concept and utilizes a blend of several artistic mediums.

Don't see it if You are looking for a traditional theater. It's a bit all over the place. The solo piano & opera didn't further the story. Read more

See it if The singing is Opera. The music is good too,. The monster was excellent, dancing with emotion. Tells the story about Mary Shelly writing.

Don't see it if If you cannot handle a Opera four songs. It's slow and you have to listen for some of the performers you could not hear in the back row.

See it if you’ve ever wanted to consume classic literature, a play, the ballet, the symphony, and the opera...at the same time.

Don't see it if “high art” or slow pacing is not your thing.

See it if Want to see a good dancer but in a wasted role.

Don't see it if Want a better narrative.

See it if a fan of exquisite dancer, actor, and choreographer Robert Fairchild; willing to forgive an imperfect production and looking for creativity.

Don't see it if Looking for conventional Frankenstein...this is about relationships and loss, and the metaphoric monster.

See it if You are more interested Mary Shelley's life than in the monster she created in her writing. Tragedy both in her & in the monster's lives

Don't see it if You are purely interested in the Frankenstein & the monster story. Read more

“Frankenstein’s monster is enchanting, endearing, irresistibly alive...A monster to love. He is also trapped inside an ambitious but awkward production whose elements battle one another more often than not...The play’s dialogue has a way of shattering the mood created by the music, Mr. Fairchild’s movement, and those projections...The acted scenes are so tonally off that they seem like an afterthought...For all of the show’s flashes of beauty, it remains a collection of disparate parts."
Read more

“A theatrical monster mash-up that's easy to admire for ambition, but less so in execution...It feels as stitched together and ungainly as the wretch revivified by Victor Frankenstein...Fairchild is the show’s marquee name. His jagged movements fit the story...The acting is a mixed bag, under the direction of Sanders. The music is uniformly lovely. The overall show is less than the sum of its parts.”
Read more

“Though Wolf's idea of juxtaposing details of Shelley's life with scenes from her most famous literary achievement to suggest how one influenced the other has plenty of potential, Sanders is never quite able to make this concept transcend...The performances don't always help...Thankfully, the play is dominated by Fairchild... 'Shelley's' reach may exceed its grasp, but enough of its disparate parts connect to make it a reasonably stimulating and occasionally insightful experience.”
Read more

"Fairchild's movements provide captivating dramatic beauty...Though the musical elements are top shelf, 'Mary Shelley's Frankenstein' suffers on the dramatic end. There is little thread connecting the scenes and director Donald T. Sanders' staging is perfunctory at best...There are fine ideas within 'Mary Shelley's Frankenstein,' but stronger dramaturgy and deeper execution are required to bring them to life."
Read more

"As a dance piece, 'Mary Shelley's Frankenstein' is a masterful work...As long as the focus is on Fairchild and the music, the production comes closest to fulfilling the company's mission...Wolf has another story she wants us to heed, that of the creator of 'Frankenstein,' Mary Shelley...The production simply cannot find the right balance between these two stories...Conceptually, they've got amazing potential, but they've got their work cut out for them in striving for the right balance.”
Read more

“Robert Fairchild speaks well and communicates much with his physique, but his choreography is repetitive and uninventive. Here was a chance to breathe new life into a too familiar character. All Fairchild could come up with is lurching movements and awkward falls to the floor. He takes the obvious path to create his character with movement when he had a chance to illuminate the Monster's inner emotions.”
Read more

“The trim and attractive Fairchild dances up a storm, and his contorted, tortured movements evoke the ugliness and self-loathing of the creature often referred to by its inventor's surname...The choreography vibrates with his incredible physical vigor...Wolf's concept, though overly ambitious in all it tries to weave together, is actually fairly easy to follow...Isn't likely to be a must-see for the average tourist...But there are plenty of highlights to remember.”
Read more

“So much lies behind the creation of this novel...but you wouldn’t know that from the uneven, unfocused, undefined creature that is ‘Mary Shelley’s Frankenstein’...Wolf has not created a coherent evening of theater...Unfortunately, the actors suffer under the burden of the show’s overreach. The pieces just don’t come together as they should...’Frankenstein’ is a masterpiece. Too bad this play is not.”
Read more