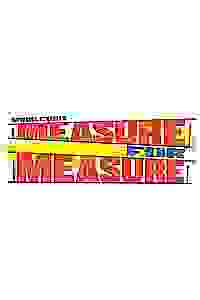 Public Theater's Mobile Unit resets Shakespeare's dark comedy in the vibrant streets of New Orleans. Tickets are distributed 90 minutes before each performance at The Public and by digital lottery on TodayTix.

It’s 1979, Mardi Gras has been officially cancelled, yet the community is still celebrating. Temporarily left in charge by the Duke, the upright and uptight Lord Angelo has decided to crack down on the city’s debauchery, arresting young Claudio for impregnating his fiancée Juliet before their wedding. When virtuous Isabella, Claudio’s sister, hears of his death sentence, she begs Lord Angelo for mercy. But hypocritical Angelo propositions her instead, leaving Isabella with an impossible choice: save her soul or her brother’s life.

In this timely production, lovers and leaders in disguise reveal how those in power take advantage of those without it – asking the question, can the law be both just and merciful?

See it if you're open to non-tradl WS. MFM's set in NOLA w all-WOC cast. Most do justice to the text, making sense of the prob play (except for end).

Don't see it if you want high prodn values. Barebones. But gr music/lots of energy. Duke is a standout! Resonates in MeToo era. Unclear resoln for Isabel.

See it if you’d like a fast, clear, fun lesson in the abuse of power, courtesy of 1 of the Bard’s notorious problem plays.

Don't see it if you want your Shakespeare straight: This production has a lot fun & presents a clear lesson, sacrificing a bit of depth in the process. Read more

"No One Is Innocent on Mardi Gras: Morals are especially relative in a new production of Shakespeare’s play, set in New Orleans amid the anarchy of Fat Tuesday, 1979."
Read more

"As performed by a cast made up entirely of women of color, it would seem to be the last word in trendy concepts; instead, I think, it gets closer to the play's diamond-hard core than possibly any other I have seen."
Read more

Score: 98% "This all-female cast is not backing down. They are out to entertain and roar! Hear them roar! And they are having as much fun as we are! This cast is a powerhouse of women."
Read more