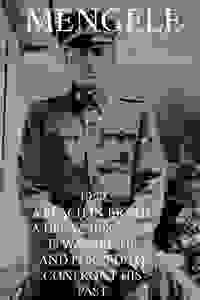 A beach in Brazil, 1979. An elderly man takes his routine morning swim. Out at sea he has a seizure and is washed ashore where he encounters a local woman, who he assumes has saved him. Flattered and entranced by this enigmatic presence, he is seduced into revealing himself. As he seeks to justify his life, he ultimately only succeeds in damning himself.

See it if You like intense dramas about the holocost. This is fictional but uses a lot of facts so it feels very real. Good acting.

Don't see it if You don't like people messing around with history. This never happened so it's a little obvious where it's headed from the start.

See it if You want a stylized portrait of a complicated historical figure. You want to see great acting in a concise play.

Don't see it if You want stylization that sustains throughout: I lost them a few times. You want a new angle on the Holocaust: videos presented nothing new.

See it if You want to see a play that attempts to reveal and explain the inner thoughts and character of Mengele.

Don't see it if You don't want a stressful 70 minutes that includes graphic descriptions and film clips of the Holocaust.

Also I struggled with this review as it feels somehow ignoble to not recommend seeing it. My honest take is that I learned nothing new about the monster we know Mengele was. Perhaps the problem was the title -by revealing who the story was about, the audience enters the theater with the full knowledge of history. It would have been much more impactful and meaningful to start out thinking he was just a doctor who had a near -death experience on the beach, and let his inner character be revealed over the duration of the play. I found the story had no emotional arc and was simply an "avenging angel" tale rather than an interesting drama. It was grim with no relief and needed more tonal shifts or compelling staging.

Saw this on the mainstage of Soho Playhouse in mid-Sept. 2017

Don't see it if You want a real story.

See it if you prefer heavy drama with important content to fluffy musicals. You are interested in history, particularly the holocaust era.

Don't see it if you prefer light comedy and lots of staging. Holocaust issues are just too painful for you to see on stage.

Also A very relevant piece about hate and prejudice. Well worth seeing.

See it if You need a reminder of how twisted people can become.

Don't see it if You looking for light entertainment.

See it if You want to see great acting and staging and very good writing.

Don't see it if a simple, not very innovative morality tale won't give you any pleasure. Also. don't bring anyone too impulsive. Easy to take stupid actions

See it if you want to see an entertaining what-if scenario in which the bad guy gets his due.

Don't see it if you don't want to see Holocaust or Nazi images/sounds. There is no action in this play (fine for me). Very stream-of-consciousness style.

See it if you are interested in delving into the possible psychology of a monster like Mengele.

Don't see it if You are upset by Holocaust stories or do not like small shows with minimal starving and difficult sightlines.

See it if You like deeply impactful plays. How do people turn into Mengeles? This play attempts to answer that question and does an excellent job.

Don't see it if Disturbing images of the Holocaust will upset you. It certainly did me but so worthwhile. This is so worth seeing.

See it if You want to hear how some of the German soldiers and Mengele thought during about the Jews and justify killing them.

Don't see it if You don't want to see a play about the Holocaust.

See it if you enjoy character driven dramas with minimal sets. You don't mind despicable characters on stage.

Don't see it if you are upset by men of evil trying to justify their actions or if you need a complete resolution.

Don't see it if ..everyone should see it. Brings to light the dangers of fanaticism, prejudice and bigotry. Relevant and important performance.

See it if You want to consider how human philosophy justifies decisions and how we fall short of our own standards. Powerful look at the value of life

Don't see it if You need full staging or if you mind mixed media performance; want to avoid heavy dialogue

See it if you like 2 person shows with great acting...

Don't see it if you don't like shows who's main character is very evil and angeringly arrogant...

See it if you appreciate smaller shows with an arty edge. This has a true Fringe feel to it. Not perfect, but an interesting hour of theatre.

Don't see it if a minimalist, two person black box production is not for you. If you need a set and all the trappings, you will find this sorely lacking.

See it if you can appreciate well-researched insights into Mengele's twisted, sociopathic logic and almost plausible justification for the Holocaust.

Don't see it if you can't deal with heartbreaking films of Auschwitz interspersed with the philosophical justifications for the Holocaust. Mind-boggling.

Also This is a powerful, well-acted, two-person drama that exposes the mind-set of Dr. Mengele, the "Butcher of Auschwitz". It is based on extensive research and consultation with the Holocaust Educational Trust. The set is simple yet surrealistically appropriate. Tim Marriott is awesome as the diabolical Dr. Mengele as he justifies his actions by citing philosophy and Darwinian "survival of the fittest" theories. Emma Zadow, the Angel of Death, plays her role well.

The 1-hour play is, however, a bit slow as the Angel of Death encourages Mengele to reveal himself and one can only listen painfully as one comes to grips with how this unchallenged philosophy could easily lead to a Holocaust. For most of the play, Mengele is not challenged and I found myself waiting and waiting for the inevitable moment-of-truth. The finale is powerful, but my sense is that this very good, relevant, thought-provoking play on race superiority would have fared better if the Angel had initiated conflict earlier.

Don't see it if you're expecting real revelations about mengele's thoughts and actions, or if you're uncomfortable with holocaust video clips

Also of the good: the play demands attention, starts conversations, & calls out how america (and other countries) compromised morals to harness perpetrator achievements. it captures the attraction/repulsion some perpetrators felt towards their victims.

ambivalent: i understand the desire for justice and closure when it comes to mengele, but the structure of the play unfortunately detracts from the catharsis.

See it if you have an interest in this controversial historical villain. You like artsy, indie plays consisting of complex characters studies.

Don't see it if if you want a clear storyline with a strong emotional arc. It also doesn't teach much history beyond what you've likely learned in school.

See it if You want a deeper understanding of the Holocaust and the motivations behind the atrocities.

Don't see it if You'd rather see a show that's light and fluffy.

Also I'm a fan. This show was well acted, interesting, and relevant. I like that they created a fictional scene in which to discuss a horrible event. One would think it would make it less horrific, but somehow it felt worse.

I appreciated the acting and the story, and what it made me feel.

Side note - The Soho Playhouse loves their a/c. Bring a sweater.

See it if you are familiar with Mengele, the role he played in the Holocaust and are interested in a wordy dialogue with him giving his perspective.

Don't see it if you are either not interested in the period, know nothing about Mengele or don't like wordy plays.

See it if You think history is relevant and that plays that deal with difficult topics should be encouraged.

Don't see it if facing terrible realities is too painful for you.

See it if You like history about Holocaust, you can get the thoughts of Mengele, it’s a heavy drama. The characters show the narcissism of the time.

Don't see it if You find boring history, you could fall sleep. There is a lot of graphics and description from the holocaust, and is 70 min no intermission.

for a previous production "We cannot ignore this tale and it is a legacy we ought to be sharing with our children...With a polished and accomplished performance from Marriott as Mengele, Zadow as Azra’il is given the opportunity to grow and take scenes, sharing and commanding the stage when required...'Mengele' served to ...
read more
Get Alerts Alerts On Alerts Off
for a previous production "Exploring the nature of evil, 'Mengele' is one of the most powerful and astonishing pieces of theatre I have ever seen...There are also moments of beauty and one or two comic lines – hard to believe...This play stirred my emotions and brought me to tears. It was a true masterclass in acting and ...
read more
Get Alerts Alerts On Alerts Off

SmokeScreen Productions
Producer
Get Alerts Alerts On Alerts Off 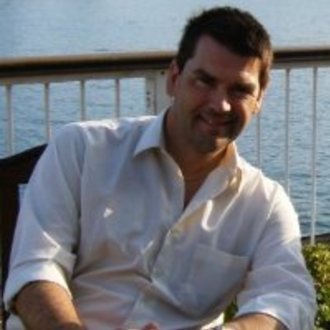 Philip Wharam
Playwright
Get Alerts Alerts On Alerts Off 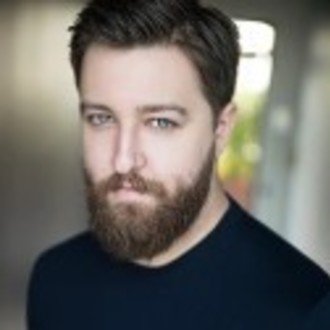 Tim Marriott
Playwright
Get Alerts Alerts On Alerts Off