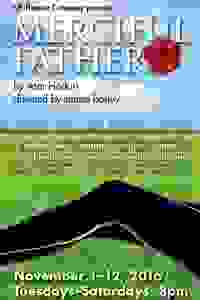 A brothel owner commissions the creation of a Torah scroll to win a respectable husband for his daughter, but soon learns she has other ideas. The play that inspired 'Merciful Father,'  'God of Vengeance,' opened on Broadway in 1923 and famously featured the Main Stem's first lesbian kiss. For that and other elements, the entire cast was arrested and prosecuted on obscenity charges.

See it if you're open to an intelligent strongly acted interpretation of a play that created scandal in the 20s. The thoughtful direction stayed w/ me

Don't see it if you're risk averse or unwilling to travel for your theater. I'd recommend a little research on Gods of Vengeance before attending. Read more

See it if You have nothing better to do.

Don't see it if You don't like bad acting and bad presentations.

See it if you're collecting versions or want to write about how theatre deals with issues of female sexuality and redemption/religion.

Don't see it if you want clear, sexy, edgy exploration of this historic jewel. The actors do a wonderful job with a difficult adaptation that hinders them.

See it if you like theater that presents well performed, risky plays that exam family, religion, sex, and morality wt an inventive production.

Don't see it if venturing to upstate Manhattan for a provocative update of the controversial "God of Vengeance" seems like too much work.

"This vaudeville effect is unfortunately somewhat distracting and doesn’t help the audience to follow the plot...'Merciful Father' surely taps into some issues that are sadly still relevant, especially when it comes to religion. However, Hadari's script calls for some clarity, and the production could be trimmed of some unnecessary fluff. But there is certainly value in this play, and the terrific acting ensemble all deliver their parts with conviction."
Read more