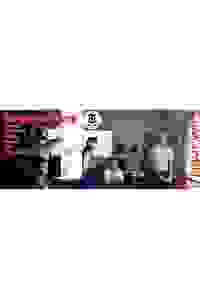 After a hit run at The Bushwick Starr, The Mad Ones' bittersweet missive about endurance and surrender in a late '80s American high school transfers to Playwrights Horizons. More…

It's 1988 and the planning committee for Garrison High School's ninth annual 'Miles For Mary' Telethon is fired up and ready to go. Across subcommittee sessions in the phys-ed teachers' lounge, Drama Desk-nominated The Mad Ones assemble an analog elegy to the camcorder 1980s, girls' track and field, and the consecrated American high school.

See it if you're into group dynamics with 80s methods used in endless meetings. Impressive ensemble, but material wears thin. Some laughs/insights.

Don't see it if you want action, not a table convo. Play re: insipidity/tedium of meetings, sometimes succumbs to same. Best at end when gloves come off.

See it if It's back to the late 80's with the Mad One's funny, poignant & stinging ensemble theatre piece about a fundraiser led by the Phys Ed Dept

See it if you'd like to see a play that probes the dynamics of workplace meetings -- & what they have to tell us about people & their interactions.

Don't see it if you can't see yourself sitting still through a workplace meeting, not just once, but several times over -- even if they're very funny.

Also Thanks to Playwrights Horizons for bringing to a wider audience a piece developed for a small alternative space in Brooklyn. And how great it is for that audience that the piece they’ve showcased has been written & played with perfect pitch by an ensemble of 6, a piece that, though screamingly funny at times, also offers deep insights into workplace dynamics & the toll on individual workers that rubbing up against work colleagues day after day can take over the long haul.... Read more Read less

Don't see it if see also

Also An average of a 90 and an 85. Wonderful for anyone who has ever attended a staff meeting. The school setting is perfect. The entire cast interacts and manages the over-lapping dialogue with precision. My favorite was the youngish male teacher. Partner's favorite was/were the married couple. There was some humor and some sadness but it hit the mark. What a great break for the Acting Company and a great idea (REDUX) by Playwrights Horizons for the bit smaller performance space. I hope that the series does continue with more like Miles for Mary. Minor Comment: The TV used to show the race at the end of the performance cannot be seen by many in the
Audience
... Read more Read less

See it if You can imagine SNL doing a two-hour skit about planning a small telethon in the 1980s — and you’d like something like that.

Don't see it if You dislike “cute but stupid” plays. There’s not much to this but a group of good actors having fun chewing the scenery.

See it if you can relate to time being wasted in work meetings; you enjoy stories with characters that have distinctively different personalities.

Don't see it if you would like to forget all the time you've wasted in meetings; want to see the story produce changes in the group's interactions.

See it if you enjoy overlong, repetitive plays. This is an overlong skit. The performances are all very good—that is the best thing that can be said.

Don't see it if you appreciate fine theatre. This isn't it.

See it if you like ensemble pieces with good acting and a great set. It runs 2 hours and should really be a 60 minute 1-act.

Don't see it if you are looking for insights, meaning or real entertainment.It desperately needs cutting.Drags long after it's made its point.

See it if you enjoy clever humor in a typically mundane situation. The cast is on fire and deliver on the laughs. Also a poignant message illustrated.

Don't see it if you don’t like dry humor or are looking for something that doesn’t take place in the same setting and situation. You prefer big staging.

Don't see it if do not enjoy comedy

See it if You've ever been part of a group intent on doing good. Filled with the banalities we tell ourselves & foist on others & so revelatory of...

Don't see it if the undercurrents in any group endeavor. Funny, focussed, sharply observed but never mean or patronizing. Engaging actors, as well.

See it if you want to see great ensemble of characters that are right on the money. Had it's charm in the characters. Many archetypes I've met. Funny.

Don't see it if You don't want a comic reflection of those long winded, nothing happens meetings, where everyone is well intentioned, but ineffectual.

Also I loved the characters. The writer nailed both the spirit and speech - the ridiculous fun quirky people you meet doing volunteer work. I found myself laughing so hard I was crying from the interruption and lack of procedure these informal meetings have. I've been there, and it was PERFECT. I greatly enjoyed it. My big criticism is at times the pacing lagged. But maybe some of that was the point.... Read more Read less

See it if you've ever attended a committee meeting, faculty or otherwise, and listened incredulously as the participants revealed themselves.

Don't see it if you need an action-packed script; this is all dialogue, much of it very funny

Also My only quibble is that it does go on a bit too long -- almost two hours, no intermission.... Read more Read less

See it if You want to spend time in a committee meeting at a high school, eavesdropping on some interesting characters

Don't see it if If meetings make you cringe , this is too spot on.

See it if You enjoy natural dialogue and exploring the silliness of office/teacher culture.

Don't see it if You want something with consistently fast pacing.

See it if you value fresh, vibrant theater; talky plays; were working in the 80s; can handle tense emotions burbling under the surface of pleasantries

Don't see it if you don't like naturalistic plays that bore into the excruciating minutiae of the mundane. Overlapping talking confuses you.

Also It's hard to describe this spectacular show, because it's less about the plot, or the staging, or the acting as much as is the absolutely riveting act of being a play on the wall peering into the lives of others.

For those who like plays have something "happen" you won't be disappointed, but it's a longish road to get there. I was fine with this, as I buckled in and absorbed the excellent attention to period detail and unsnarled the obscured threads of these characters' small lives.

One of my favorite characters appears only as a disembodied voice on a speakerphone for most of the play. If you can make that character poignant, alive, and hilarious, you can do just about anything.

See it if You like your slice of life plays to be overdone, i.e. inauthentic, not life, with the writing very exaggerated. Does no one value subtle?

Don't see it if You would prefer to see the good acting better served.

See it if you work/ed in an office setting or get a kick out of the passive aggressive things that take place there.

Don't see it if high tension and rage bother you, even if briefly.

Don't see it if you need a really tight plot, or you don't have patience for hipsters who wanted to play 80s dress-up.

See it if You enjoy watching people who don’t listen to others miscommunicate. Also there are times when it is difficult to hear the conversations

Don't see it if You have other options.

See it if to see a tight ensemble doing a mild satire of group dynamics.

Don't see it if Too long and overplays its points. Characters are so limited & annoying that the audience's initial interest in the play evaporates.

See it if you like character driven plays and have ever experienced the horrors of endless staff meetings.

Don't see it if you want a strong plot or if you have a committed belief in the value of staff meetings.

Mary Siobhan
Yonkers
50-64 | Female
201 reviews
Get Alerts Alerts On Alerts Off
70
Warning - could trigger work related anxiety, Clever - yes but meant for theater people who enjoy the craft with out regard to the content
February 1st, 2018

The play's content concerns meeting culture and stress associated with dysfunctional work teams. The plot centers on entirely ordinary and unremarkable interactions that can drive you crazy.

It hit close to home and I found myself over-relating to the character who breaks down because of an inability to tolerate the insincere and patronizing nature of the the work group's idea exchange and decision making process.

Does your work life includes an unhealthy dose of poorly facilitated meetings ? Is phony self-serving flattery a prerequisite in your work exchange ? If so then you might want to skip Miles for Mary - that is unless you can truly laugh off these dynamics

The day I saw Miles for Mary I had earlier stomached two hours of patronizing mansplaining" and my pent up frustration had me wanting to scream and cry and rant with the characters !!

See it if meticulously recreated 80s high school administration types and milieu appeal to you; group dynamics and the jargon that shapes them appeals

Don't see it if you have enough of the alternately boring, passive/aggressive drama and dynamics of official meetings in your life; dislike 80s nostalgia

Also What little dramatic arc there is to the evening--beyond the somewhat predictable interpersonal squabbles--is located in the increasing inability of the structures of language and interchange to contain the mounting friction among the personalities of the committee members. The tension between the meetings' rules of order and the unruly emotional waters that churn beneath these strictures is the real conflict here--not whether these hapless teachers will succeed in pulling off another lackluster telethon. This strategy has its payoffs, some of them poignant, but for me was not enough to sustain interest for over an hour and a half.
The uniformly fine ensemble--who collectively created the piece--walk a very fine line between sending up and inhabiting their detailed recreations of various high school teacher types--hyper-organized English teacher, nerdy AV club guy, dyke gym teacher, etc. They occasionally cross the line into caricature and the easy nostalgia of looking an old yearbook.
... Read more Read less

The Mad Ones
Playwright
Get Alerts Alerts On Alerts Off 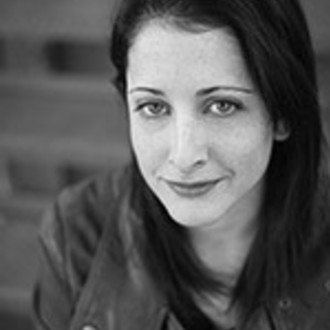 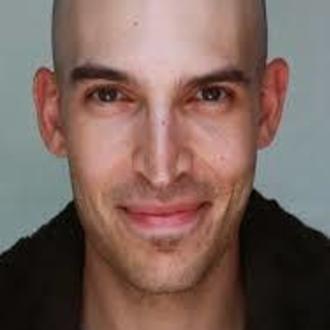 Marc Bovino
Ken
Get Alerts Alerts On Alerts Off 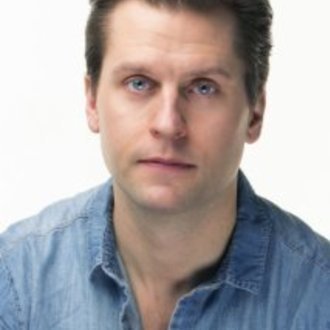 Joe Curnutte
Rod
Get Alerts Alerts On Alerts Off 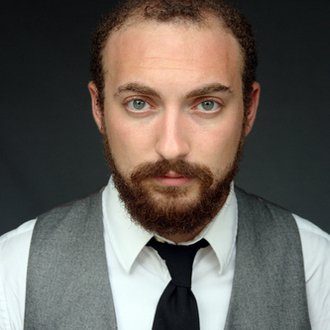 Michael Dalto
David
Get Alerts Alerts On Alerts Off

Amy Staats
Brenda
Get Alerts Alerts On Alerts Off