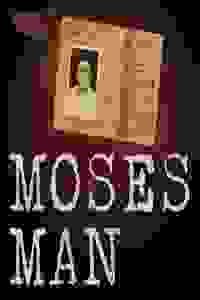 Part of New York Musucal Theatre Festival, 'Moses Man' tells the story of one man's indomitable spirit of survival, as it recounts the true saga of a Holocaust survivor who fled during Hitler’s annexation of Austria.

In this musical epic, the audience follows Avi through his perilous nine-year journey throughout Europe, Cyprus, Palestine, and Africa before finally finding freedom and home in America. 'Moses Man' is based on the displacement of those facing persecution during the Holocaust. It also reflects the contemporary dilemmas faced by each of us as it aims to create consideration, conversation and education.

See it if interesting story about parts of Jewish history not often addresses. Good music and plot.

Don't see it if you don't like historical fiction musicals

"Genuine affection floods 'Moses Man...' Alas, Haber's unquestionable love has not translated into an exciting, or even particularly memorable, musical...Filiaci's music is of the generically pleasant and anthemic variety, if largely lacking in flavor, adventure, suspense, or specificity...Director Michael Bush can't inject much new suspense with his lean, declarative staging, and most of the performers underwhelm."
Read more