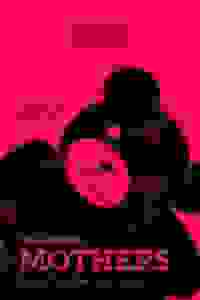 This satirical comedy of manners from The Playwrights Realm explodes the form, examining what happens when a group of mothers (plus a nanny and a father) are thrown into circumstances far beyond their control. More…

The moms at Mommy-Baby Meetup are used to competing — whoever's the most devoted to her family, has the best-behaved child, and the most satisfied husband wins. But as the chaos of the outside world encroaches on their turf, passive-aggression falls by the wayside, and each mom will have to decide just how much she loves her child.

See it if If you like a play where the characters are not likeable. A story that is not solid.

Don't see it if Shows with good endings or shows that dont delve away from plot.

See it if you want an abject lesson on survivalism in the dog-eat-dog world of helicopter parenting via a clever, biting, funny & grim tragicomedy.

Don't see it if you don't want to be lured into a false sense of comfort by a caustic but funny satire only to be dragged into a bleak dystopian chiller.

See it if for the interesting views on motherhood in the first half and to support the hard working performers.

Don't see it if logic is important to you. The situation lacks clarification. Actions like cooking bodies that seem impossible are shown without explanation

See it if Inhumanity toward humanity reveals what's "cooking" in the heads of young parents and another child caretaker in extreme circumstances.Stew?

Don't see it if Tonal shifts and forced plot points in confined spaces in this dark outsize satire. The point wouldn't be lost if it were more grounded.

See it if You want to see a bunch of women be horrible to one another.

Don't see it if You're interested in a cohesive play. This felt more like a cheesy comedy slapped together with a dystopian nightmare.

Also The reason I said this play was racist is that even though it was written by an Asian woman I felt the Asian nanny character to be nothing more than a stereotype. She was the one who resorted to savagery first.... Read more Read less

See it if you enjoy passive-aggressive comedy amongst mostly mommies

Don't see it if you want the comedy to continue.

Also The first part was very funny if slightly uncomfortable. However, the show became very dark and a great deal left to the imagination. Not sure what was meant by that last part.... Read more Read less

See it if you like a play that rivets from the reality of parenthood to some idiotic situation. no intermission so you can't really leave, darn!

Don't see it if you want to enjoy your time at the theater beyond the first 20 minutes..... and pay to feel trapped in your seat!

See it if you are into dystopic drama.

Don't see it if violence and dystopias bother you.

Also I thought about this play for a long time after seeing it. It's a disturbing play that almost feels like two different plays, the first act being so different from the second. The first act feels like women judging women on the choices they make, the second women punishing women through dystopic violence. It is definitely thought provoking and absorbing.... Read more Read less

See it if you want to see a sad story

Don't see it if you want a lighthearted story.

Also The playwright clearly has great insight into the thought process of new mothers (and one father) but the second half did not belong with the first half of the show. It was almost as if she took two different stories and glued them together. She should have made two different shows from the different plots. The first half was wonderful. The second part was ... not the same!... Read more Read less

Don't see it if shows that miss the mark on researching basic medical facts and/or disregard them. You don't like shows that are unnecessarily snarky

Don't see it if If you don't like shows that make you a little uncomfortable; this show is definitely not "fluff".

Don't see it if You get annoyed at a less direct and explicit storyline. This one takes risks.

See it if you're interested in apocalyptic narratives and near-future scenarios. You don't mind some reality-bending sleight of hand.

Don't see it if you're expected a barrel of laughs. Uneasy laughs give way to tense moments that make the room go silent. Could be polished, but solid.

Dana 9273
New York City
Female
11 reviews
Get Alerts Alerts On Alerts Off
80
Must see, Intense, Great acting, Absorbing, I did not think the show was going to make me laugh at the beginning, and then leave me with the feeling of wanting icecream to decompress. i found it very dark and interesting. i enjoyed it very much, and i have recommended my friends to see it.
September 30th, 2019

See it if I found the performance to be funny at the beginning, but I was taken aback with the turn of the events. The show was dark, but interesting

See it if You're a champion of new voices and companies like this one that are taking risks with new talent.

Don't see it if you're someone who insists upon something "making sense" and being entirely logical. This isn't that.

See it if If you enjoy dark comedy and post-apocalyptic storylines. See it if you can handle death and be forced to think about your life views

Don't see it if You don't enjoy the plot and abstract plays.

See it if you like being shocked and leaving the theater speechless.

See it if you’d like to see a play about parenthood & the coming apocalypse that isn’t fully a success but is brave in where it takes us.

Don't see it if you like your scripts tidy: This one leaves a big mess.

Also I scored “Mothers” as highly as I did because of a few deft theatrical strokes, strong performances & the gutsiness of the playwright in taking us where she does: The heart of everyone’s angst about saddling a future generation with an almost inevitable collapse of some kind, be it climactic or societal. But is this script messy! It starts as broad satire of 3 mothers at a daycare center. Every laugh lands, but the poor mothers, each a different type, are such broad targets that the writing feels more like lazy TV than stage-worthy. Then something like apocalypse hits & 2 background characters, a dad at daycare & a woman attending a child that’s not hers biologically, come to the fore & things get both messier & more interesting. But the playwright’s technique here–lots of mini-scenes, many 20 seconds in length or shorter–works to dissipate drama rather than contain it for the powerful if over-the-top finale. So interesting! But this one could use a strong edit & sharper focus.... Read more Read less

See it if The Duke is a great theater for the audience. The encouragement and support of women writers is to be commended Some very good talent

Don't see it if "Mothers" does not support praise for motherhood. I was disappointed in the approach to real problem faced by mothers

See it if you like a play with very unexpected and dramatic twists. Starts out normally but then WOW! Not for the faint of heart. Very intense acting.

Don't see it if you are pregnant or have a baby at home. Some very upsetting scenes. I won't say more.

470 reviews
Get Alerts Alerts On Alerts Off
During previews
60
Great acting, A first draft
September 20th, 2019

See it if Becomes more "alive" later on, when apocalypse occurs & characters become aggressive over food for them & their kids. Great cast/well acted.

Don't see it if Before that, scenes drag with lethargic pacing. Could benefit from judicious cuts. Didn't understand last quick scene (with porridge?)

Also The "shocking" surprise involved what happened to a teddy bear.

Also This is an hour and 45 minutes with no intermission. It was entirely too long. It would take some compelling theater to think that most people are going to have their attention held for that long without a break. The biggest issue I have with this is the first hour of the play. I didn’t really care for any of the humor that involved the ridiculous parents. I ended up not liking any of the characters and that made the ending very difficult. While I did like the big turn and what they did with the last 20 minutes of this even that was too long and should have been cut in half. I will give the playwright credit for going out on a limb and tackling some ridiculous subjects that I think a lot of people will be offended by. The monologue in which the only male character delivered right before the big turn was not funny and not needed... Read more Read less

See it if You enjoy plays with totally unlikeable characters in unbelievable situations.

Don't see it if You aren’t in the mood to see a doomsday play that includes horrific violence and cannabalism ! You need a strong stomach to sit thru this !

See it if Play turns from a banal playground gathering to a dystopian vision of survival in war. The moms are contentious before and after the change.

Don't see it if I thought the play was dramatic but the beginning was a bit tedious. After the change in tone, it became gruesome and disturbing.

See it if you are interested in a show about trivial parental disagreements that suddenly shift into dystopian horror. Quite a roller coaster ride.

Don't see it if it disturbs you to see a hamster eat its young.

Also I had no idea what to expect walking into the theater. I thought I was going to see a show that was simply about parents who are debating issues related to child rearing. I was very mistaken. It starts out that way and just when you are wondering what the point of all the discussion is, the play abruptly surprises the audience by turning the world upside-down.... Read more Read less 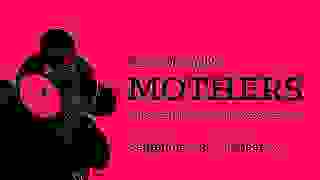 The creative team behind MOTHERS gives you a sneak peek of Anna Moench's uncanny new play! Get your tickets at http://bit.ly/2MKa9BF 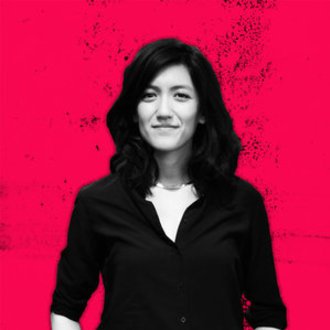 Anna Moench
Playwright
Get Alerts Alerts On Alerts Off 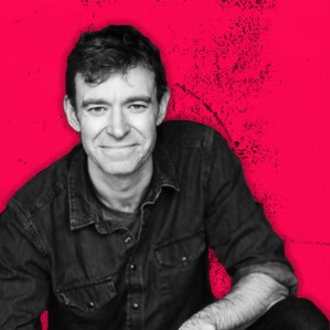 Robert Ross Parker
Director
Get Alerts Alerts On Alerts Off