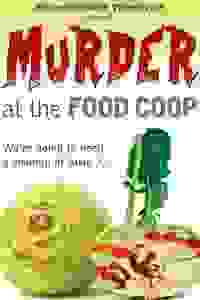 Murder at the Food Coop (FringeNYC) NYC Reviews and Tickets

Part of FringeNYC: A murder farce for our locavore age! When the founder of a food coop in liberal Brooklyn is found dead inside the solar-powered Gore 3000 freezer, the ensuing free-range investigation is part Agatha Christie and part Julia Child.

FROM THE ARTIST:
Part of FringeNYC: A murder farce for our locavore age! When the founder of a food coop in liberal Brooklyn is found dead inside the solar-powered Gore 3000 freezer, the ensuing free-range investigation is part Agatha Christie and part Julia Child (and part "Colombo," if the great detective had been sleeping with all his suspects). "Murder at the Food Coop" is by the same team that did the award-winning 2005 Fringe Festival hit, "SUV: The Musical."

See it if have high tolerance for no A,C., like mere volume where comedy should be, take to heart & wallet reviews written by schills for the show

Don't see it if you care to understand lyrics, storyline, humor

See it if you are a foodie New Yorker who loves send ups of so many song and story references - my favorite was To Serve Vita-Man .

Don't see it if you don't like unnecessary over miked singers. And music that competes rather than accompanies the words.

"Seeing 'Murder at the Food Co-Op' is a bit like going grocery shopping when you’re hungry. Everything is a bit too colorful and loud, and you end up with junk food that doesn’t really satisfy. Though the imperfections of the show are real, there are many redeeming factors. For an audience member who loves one-liners, campy humor, and puns, this show can be a light romp, providing silly songs and energetic performances that chew the scenery like so much kale."
Read more

"'Murder at the Food Coop' suffers from too large a cast of characters, preventing most from getting more than one musical number's worth of attention...The music is catchy but not terribly remarkable…Some moments of satire in the musical are absolutely spot-on, though much of the humor is simple and generic…While this musical has a great deal going against it, it is still a joy to watch, its occasional moments of startling insight brightening up a largely lighthearted, fun musical."
Read more

"'Murder at the Food Co-op' is a funny, though certainly imperfect, comedy...Yes, all the obvious targets for the neighborhood’s legions of haters are here...but they are gently, almost lovingly, mocked...Director Eric Oleson does a stellar job keeping all the balls in motion as subplots bounce off in riotous directions, and the lyrics by Marc Dinkin are consistently outstanding—and much better than the dialogue...Kuntzman uses one-and two-liners to the detriment of getting the story told."
Read more